First anniversary gifts are traditionally paper, and that’s appropriate at Living Waters (Smithfield Foursquare Church) in Smithfield, R.I., where the only Foursquare congregation in the state is writing a new page in multicultural ministry and successfully achieving Foursquare’s missional objective of leadership development in the Northeast Atlantic District.

Members of Living Waters recently celebrated the first anniversary of two separate English-speaking and Spanish-speaking congregations coming together in what they see as a marriage rather than a merger. The result is a blending of cultures and languages that puts the emphasis on what unites them in Christ instead of their differences. That means Senior Pastor Estuardo Cambranes, originally from Guatemala, may preach in Spanish or English, with translation available, while worship incorporates both languages.

“Because in Christ we are all equal, our status is dependent on the cross, not our earthly citizenship, socioeconomic status or ‘ethnic rights,'” Estuardo says. “We are one in Christ, and that is our focus and prayer in the direction of a perfect union.”

That vision hadn’t been formed when Estuardo arrived at Living Waters in 2013. He was just looking for a new location for Sunday afternoon services for Rey de Gloria (King of Glory), the growing independent Hispanic congregation he had been pastoring for several years.

Having come to the United States 25 years ago to serve a Hispanic church in bi-vocational ministry, Estuardo had later felt led to begin a home group meeting that grew into its own church. He rented space from several different Anglo churches before finding his way to Living Waters when the growing congregation needed more room. Together with his wife, Claudia, and their four sons, Estuardo began attending Living Waters’ morning services.

“From the beginning, it never felt like two different congregations to me,” he says. “We felt very welcomed.” In time, members of the smaller, English-speaking congregation, being overseen by an interim pastor, began to visit the afternoon meetings. Eventually, district Foursquare leadership asked Estuardo whether he would consider taking over pastoral responsibility for its members, too. He accepted the invitation after attending Foursquare Connection 2014 in Dallas and learning more about the movement.

“It was very exciting,” he recalls. “I felt like the Lord told me, ‘You are not alone, I am putting you into a family.'”

Though Estuardo’s Spanish-speaking congregation was the larger of the two, the “newlywed” church kept the name Living Waters as a sign that one group was not taking over. “When you merge, some things may not exist any more, but it is different when you get married,” he explains. “Everything that you are is part of the other, and everything they are is part of you.” 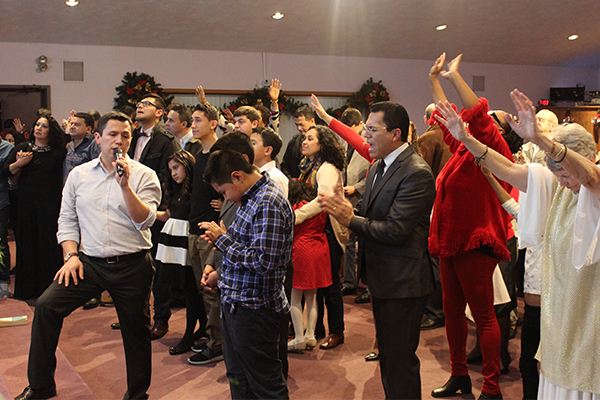 Since the two congregations united, Estuardo and Claudia both have become Foursquare credentialed ministers, and Rey de Gloria members have completed Foursquare membership classes. There are still two weekly services, English- or Spanish-centered with translation available, and more than a dozen nationalities represented.

Weekly attendance has grown to around 250 people, though Estuardo’s emphasis is on growing in understanding of what it means to be “one” rather than bigger numbers. “We are still learning what it means to be multicultural,” he says, acknowledging that it requires humility and willingness to change from everyone.

Described on its website as “one church, serving the one God in many languages all bringing thanksgiving, praise and worship to our Savior, Jesus Christ,” Living Waters aims to have “a colorless view of each other,” says Estuardo. “We strive for ministering to and serving everyone for who they are in Christ, not who they are in society. It is the coming together of the Christian family, where the only boss in town is Jesus Christ. The rest of us are only his servants and co-laborers with each other.”

Robb Hattem, the former supervisor of what was then called the Northeast District, and Elizabeth Janiak, the former pastor of Smithfield Foursquare Church who passed away in 2013, both played important roles in the Living Waters story. Estuardo recalls when he first came to Living Waters, Elizabeth told him prophetically: “This place is for you.” He adds: “I did not realize at the time what she was trying to say.”

Peter Bonanno, current supervisor of the Northeast Atlantic District, sees something special in what is happening at Living Waters, “an embracing of culture and values that are are different than what is known and comfortable” that he welcomes.

“Right in front of us, the world is becoming much more ‘blended’ in race, culture and style,” Peter notes. “The church should be at the forefront of demonstrating the things we have in common while celebrating the differences with honor and respect. In so many of our communities where our Foursquare churches have existed for years, the face of the neighborhood has changed, yet the faces in the congregation have not.

“Imagine what it could look like,” he suggests, “if we were purposeful in blending the cultures through raising up leaders in various ethnicities and empowering them to be a part of the new direction of a church. While there may be some things that one culture does different than another, we are much better together.” 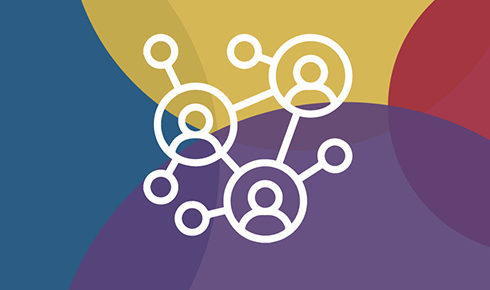