An attorney who once lived in an affluent area of Venezuela, Ligibet Karola Montes Rangel and her husband—a graphic designer—never dreamed they would wind up wandering the streets in Maicao, Colombia. With Ligibet pregnant and no medical help or supplies available at home, the Rangels joined millions of Venezuelans who have sought refuge elsewhere amid their nation’s political conflict and collapsing economy.

This story has a happy ending: The Foursquare church in Maicao provided the couple with food, found them a place to stay in time for their baby’s birth, and helped them find employment.

This is only one of numerous dramas that have unfolded lately as the crisis in Venezuela has reached staggering proportions. It has inspired the formation of “The Road to Hope,” an outreach of Foursquare Disaster Relief (FDR) in partnership with Foursquare Missions International (FMI) to care for refugee families by way of local Foursquare churches.

“The people leaving Venezuela are in a state of despair,” says FMI Missionary Aaron Hunter, a native of Tacoma, Wash., who has been in Colombia for two years. “It’s a great opportunity to bring a message of hope to people who are in transition.”

While dictator Hugo Chávez once promised to use Venezuela’s oil riches to improve the nation’s life, his attempts and those of his successor, Nicolás Maduro, have proved ineffective. With inflation skyrocketing and controversy raging over whether Maduro’s 2018 re-election was legitimate, more than 4 million have left the country. That could surpass 5 million by the end of 2019.

As these people flee, Foursquare has been in the streets with two different kits, thanks to FDR’s “The Road to Hope” initiative. One kit is for families who have settled in a particular area but are struggling to find work. It contains such basics as flour, rice, beans, sugar, coffee, eggs and canned goods. The other is an emergency travel bag for travelers. Dispersed at various rest stops along the road, it includes such items as toothpaste, soap, shampoo, deodorant and a New Testament. In addition, Foursquare is working to offer wayfarers a hygiene station to refresh before resuming their journey.

To date, the project has been spearheaded by the local Foursquare church in Maicao, the nation’s second-largest urban center near the Venezuelan border. Four other churches plan to join them, with a similar project in another Colombian border area being discussed.

“It’s a great opportunity for the U.S. church to partner with the church in Colombia to minister [to Venezuelan refugees]. Things are getting worse. Inflation is even worse today than it was a year ago. The minimum wage has sunk to two dollars a month. The healthcare system is a disaster; there are no supplies in the hospitals.” —Aaron Hunter, FMI missionary in Colombia

“The issues in Venezuela have been going on for five years,” says Chad Isenhart, FDR’s international response director. “Yet we have a lot of people who don’t necessarily know what’s going on and the human suffering that’s happening. It is massive. It’s not going away, so we should jump in and help as much as we can.”

Help thus far has been warmly received by such refugees as Radamel Morales Perez, who was forced to leave his country because of the chaos. The church in Maicao has given him accommodations and better living conditions. “I have also received economic help that allows me to sustain life while I am here and supplies my personal needs,” Radamel affirms.

Single mother Dulce Mendoza is grateful for the material provisions—including lodging at a church member’s home—that have been a lifeline for her family. “Thanks to his good heart, I have security for myself and my children,” Dulce says. “I don’t have words to thank the church for everything they have done.”

Eduardo Torrealba and his wife also are quite grateful for a home for themselves, their teenager, and their two small children. “I have a little more stability, thanks to the help that Gerson Fernandez and the church in general have provided us,” Eduardo explains.

“I don’t have words to thank the church for everything they have done.” — Dulce Mendoza, single mother who has received aid

Stories like these are a primary reason churches in the U.S. should consider helping, Aaron says. Although numerous Latin America pastors have a heart to help, they lack the financial resources, he notes.

“It’s a great opportunity for the U.S. church to partner with the church in Colombia to minister,” says the missionary. “Things are getting worse. Inflation is even worse today than it was a year ago. The minimum wage has sunk to two dollars a month. The healthcare system is a disaster; there are no supplies in the hospitals.”

Although recognizing “refugee” has become a dirty word in many parts of the world, Chad says that shouldn’t stop Foursquare members from opening up their hearts to those in need.

“If my country didn’t allow me to work and care for my family, and I was forced to walk a long way, I would hope others would allow me into their nation and give me a hot meal and a place to stay,” Chad states. “I would be thankful somebody was willing to have compassion for my situation.”

Gift Food to Refugee Families on the Road to Hope.

Give Now Get Church Resources
ShareTweetEmail
Ken Walker is a freelance writer and book editor in Huntington, W.Va.
Advertisement 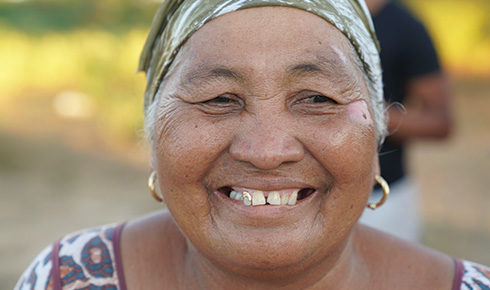 Your giving has saved Venezuelan refugees

How Foursquare is facing the crisis in Venezuela 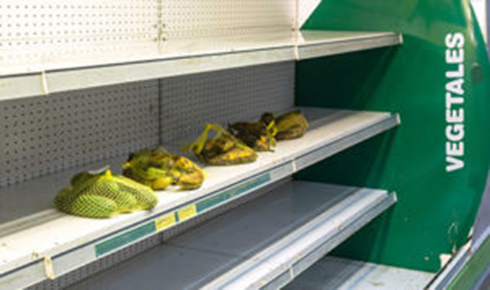