While millions of church members fretted over lockdowns, quarantines and interruptions to services in 2020, Esperanza Morphis saw unlimited opportunities in adjusting to COVID-19 and its aftermath.

The Heartland District’s missions representative since 2014, during the past year Esperanza has utilized Zoom, Facebook Live, YouTube and social media to spread the missions message. An especially unique tool: Over a two-week period, she interviewed seven missionaries around the world and posted the videos on the district’s Facebook page.

An assisting minister at Cornerstone Christian Center (Chicago Heights Foursquare Church) in Chicago Heights, Ill., Esperanza says there’s no way she could have traveled to all those nations in a year or had the financial resources. “The conversations with those missionaries were incredible, to hear how they were pivoting,” she adds.

Instead of waiting for the uncertainty in the midst of the pandemic to end, last year she arranged a virtual missions trip to Panama to teach about the nation’s culture, people, geography and religion. Normally, an in-person team would have consisted of a half dozen members; the virtual trip was open to 200.

“We will keep virtual networking. This way we can touch the missionaries, and they can touch us. This breaks the barriers of financial lack and physical distance.” —Esperanza Morphis

While Esperanza has been positive about ways the pandemic has prompted Foursquare to adapt to continue fulfilling the Great Commission, she says there have been serious drawbacks. She knows people who have died or been hospitalized, with some told they will have to use oxygen for the rest of their lives.

But as far as taking the gospel into formerly closed nations, Esperanza says the internet and smartphones brought breakthroughs. That includes nations whose governments are hostile to the gospel or are physically dangerous places.

“The pandemic stopped all of Heartland’s travel, conferencing and physical networking, but it elevated our virtual networking,” she explains. “It elevated our intentionality of communication. I feel it pushed us into the place where we weren’t dependent on a building.”

Even after a vaccine is in place and ordinary travel resumes, high-tech missions will remain a part of the Heartland District’s outreach efforts. Esperanza notes that more than 80 percent of people in faraway places likely have a smartphone they can use to engage with others on the field.

“We will keep virtual networking,” Esperanza says. “This way we can touch the missionaries and they can touch us. This breaks the barriers of financial lack and physical distance.”

For pastors wanting to actively involve their congregation in missions, she suggests inviting members to follow their local church on Facebook, as well as The Foursquare Church and Foursquare Missions International (FMI) pages, and the Foursquare Disaster Relief Facebook Group. And while “non-techy” folks may not launch a video or Zoom call, she they can observe.

Members can also take advantage of traditional methods to support missions: giving to FMI, praying for missionaries, sending care packages, and offering special gifts to help with unexpected expenses. For example, when the pandemic broke out, missionaries had to purchase hand sanitizer and facemasks, which wasn’t part of their ordinary budgets.

The church can also retain an optimistic outlook. “The river of God never stops,” Esperanza says. “This is a time of opportunity for the church to grow. There’s no reason as Spirit-filled believers we can’t grow our missionaries, our churches, and our leadership.” 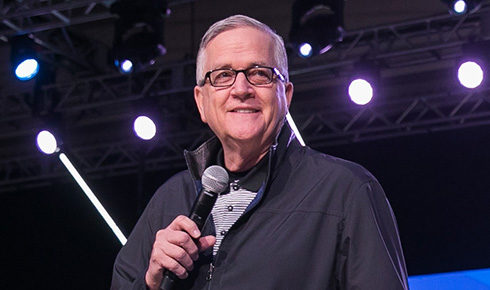 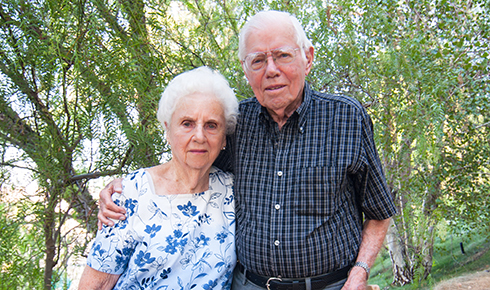