When I was 15, I was kicked out of Angelus Temple.

The crowds could be challenging and sometimes unruly. Still, some of the ushers were a little too serious about their jobs. I was too young to sit down front, where I really wanted to be, and finally found the only available seat in the third balcony. It was not ideal, but I made the best of it by snacking on crackers during the service.

An usher discovered my snack. He told me to take my crackers and get out. Not to worry, though, I knew lots of ways to sneak back inside. I had been attending the Temple since I was 10, and there wasn’t much of the building I had not seen.

I volunteered to operate a spotlight when I was 13. It sat beside the Hammond organ at the edge of the platform, and I figured operating the spotlight would put me closer to the platform where Aimee Semple McPherson preached. That was even better than sitting in the front row. Everywhere Sister moved, my spotlight followed. It was a perfect job for me, and I had the best seat in the house to watch her minister.

My grandparents and mother had been drawn to Sister’s preaching and moved from my hometown of San Francisco to Los Angeles so our family could be trained in the Bible and the ways of the Lord. I was immediately taken by what Sister taught as well as the way God was moving in the ministry of Angelus Temple.

As a boy, I talked all the time and never met a stranger. Everyone around Angelus Temple knew me. Sister thought my gregariousness made me a good candidate for one of her illustrated sermons.

Sister’s son, Rolf, was a few years older than me, but still, we became friends, and I spent time at their home. Rolf was quite the inventor and built a 36-inch TV set, a giant screen compared to the more common 12-inch screens that were commercially available in the day. Rolf invited me to watch the Tournament of Roses Parade and the Rose Bowl football game on his “large” screen TV, and I remember feeling special that it was just the two of us at the family home that day.

As a boy, I talked all the time and never met a stranger. Everyone around Angelus Temple knew me. Sister thought my gregariousness made me a good candidate for one of her illustrated sermons. I portrayed Jack in her sermon on David and Goliath, illustrated by the fairytale of Jack and the Beanstalk.

The giant was a converted wrestler with an imposing physique and booming voice. The illustrated sermon called for him to step out of his house—actually a façade that sat high above the proscenium—and then climb down the huge beanstalk to the platform below. The idea was that he was chasing me, and I was supposed to chop down the stalk, sending the giant tumbling to his death.

I hacked and hacked at the beanstalk as the giant descended, getting closer and closer. Finally, he fell and nearly landed on top of me. Sister interrupted the flow of her sermon to race to my side. “Honey, Honey! Are you alright?” I jumped up, alive and well. The audience erupted. Sister was relieved.

That sermon was the last one I heard Sister preach. The following month in Oakland, Calif., she died.

I was 15 and a student at Belmont High School when she died. Taunting boys who knew I was a Christian and attended Angelus Temple called me an “Aimee-ite” and cheered the day she died. “Aimee died! Aimee died!” they jeered, knowing how devastating the news was to me.

Sister’s funeral was somber, and the future of her ministry was foremost on everyone’s mind. I volunteered to help control the crowds of people lined up around the block and down the street to get inside to pay their last respects. One woman pretended to be ill so I would let her past the barrier to visit the first aid room, a location that put her closer to the entrance.

The floral arrangements came in from all over the world and were so numerous that they had to be rotated every hour so they all would be seen during the extended viewing.

I sang in the choir during the funeral and reflected on how many ways Sister had influenced my life in the five years I had attended Angelus Temple. I committed my life to Christ when I was 11 and was baptized by her in the Temple baptistry shortly afterward.

God called me to full-time ministry, and I prayed for the sick whenever I had the opportunity. My healing ministry would never compare to the miracles performed when Sister prayed for the sick. Still, her life and ministry became a significant part of my upbringing, and her ability to nurture young ministers inspired me to carry on the work of the Foursquare Gospel long after she was gone.

ShareTweetEmail
George Jameson (1929-2020) was a Foursquare minister with decades of faithful ministry service, including working with Foursquare Missions Press. He received his 60-Year Service Award in 2010.
Advertisement 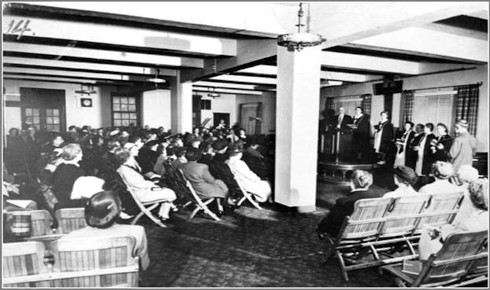 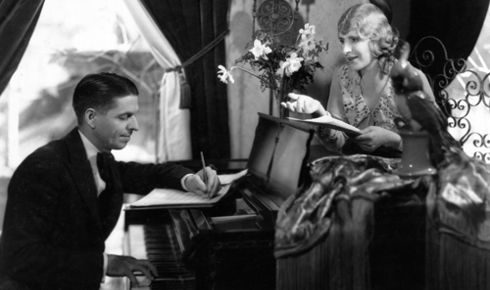 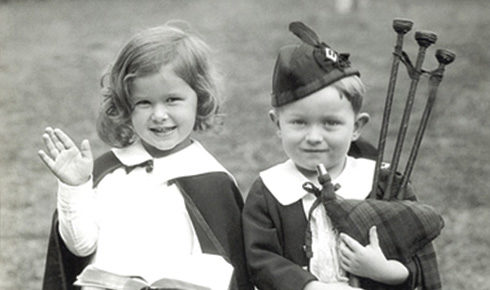