The Hispanic movement in Foursquare may have been flying under the radar for years, but, as it continues to gain altitude, it is becoming increasingly visible—and influential. 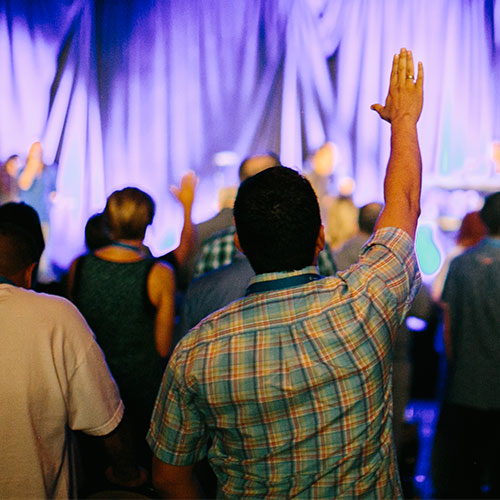 The rising tide and fruitfulness of Latino ministry in the U.S. can be attributed to the leading and empowering of the Holy Spirit, and to diligent efforts to ensure that the right organizational and educational tools are being made available to those involved.

“The Hispanic tribe in Foursquare is indeed a movement,” says Alfonso Guevera, assisting minister at Miami Iglesia Vida Nueva Foursquare Church in Miami. “It is not stagnant; it is moving forward.”

That progress can be seen in the numbers. Currently, 216 of Foursquare’s 1,635 U.S. churches are Hispanic—that’s one in every eight. These are congregations meeting two of three formal criteria: (1) They have a Hispanic leader; (2) Spanish is the primary language used; or (3) most who attend are Hispanic.

Impressively, an additional 77 Hispanic churches are in the pipeline. There are also 37 missional Hispanic congregations; these registered sub-congregations of existing churches are formed to minister to Hispanics in their areas, and they have their own distinct leadership and ministry programs.

Foursquare, he notes, is “the only denomination to have such a commission serving at the national level.” The body has been credited with playing a significant role in empowering Hispanic pastors and leaders, and providing room for them to rise in leadership.

Virginia Gonzalez, assisting minister at Center of Restoration Lily of the Valleys (Bethlehem Hispanic Foursquare Church) in Bethlehem, Pa., and a Hispanic district representative, has seen a rise in confidence among pastors in her area as a result of the commission’s work.

“It’s a new day, where we can work together to maximize our strengths, because we have the talent, and are called to work in unity,” she says.

Another organizational initiative intended to fan the flames of what is happening is the forming of a regional Hispanic district in the Southwest. Called the Distrito Hispano del Suroeste (Southwestern Hispanic District) and coming into effect on Jan. 1, 2015, it will comprise Hispanic churches currently located in the Central Pacific, Greater Los Angeles, Pacific Coast and Valleys, and Southwest districts. Churches will have the option to be part of the new grouping or remain in their current districts.

The move—part of the Reimagine review and changes intended to ensure that Foursquare is aligned for maximum fruitfulness—acknowledges the historic concentration of Hispanics in that part of the country.

But the Hispanic population in the rest of the country is increasing, as well. It is projected to reach 128 million by 2050, almost a third of the total population. Hispanics are now to be found in growing numbers in states not previously identified as having large Latino numbers.

Economic pressures are believed to be behind the move of many more recent Hispanics arrivals from traditional settlement areas such as California, Texas and New York to other parts of the country.

Some of that pattern can be seen in the increasing spread of Foursquare Hispanic churches across the country, by district. According to Hispanic district representative’s June 2014 report, there are now 216 registered Foursquare Hispanic churches with an additional 37 missional congregations. There are an additional 77 churches in the pipeline—46 of those are expected to officially plant in the next 12 months.

“By the time a new Hispanic church is on the radar, there are often 40 or more people already meeting together,” cites Daniel Prieto, recalling a story of one Hispanic Foursquare pastor who remodeled his garage to accommodate the 50 people already attending his one-month-old church. “We are growing even faster than our numbers show.”

“It’s a new day, where we can work together to maximize our strengths, because we have the talent, and are called to work in unity.”

District supervisors and many local pastors across the country are recognizing the migration trend and looking into ways they might start Hispanic missional congregations or churches to reach newly arriving Hispanics. Ministry touch points may acknowledge particular needs in the community, such as providing English-language classes or resources regarding immigration.

Education is an important factor in fanning the Hispanic flames; better training and equipping means better leaders, pastors and churches. The hunger for such help can be seen at Life Pacific College (also called LIFE Bible College), where 30 percent of students are Hispanic, earning the San Dimas, Calif., school a Hispanic-Serving Institution designation this spring.

Then there has been a proliferation of Hispanic Bible-training programs in states such as Washington, Colorado, Georgia, Florida and Tennessee during the past few years. Daniel Prieto reports that, last year, more than 2,000 leaders were equipped across the U.S. through various leadership development programs and events.

One such movement within the Hispanic Movement, Angelus Bible Institute’s (ABI) training of Hispanic leaders, was spotlighted at this year’s Foursquare Connection in Dallas. In a special video report, ABI President Mario Barahona told of more than 50 extensions in the U.S. and abroad. “We have lost count of how many people have actually planted churches because it is so hard to keep track of that,” he said. 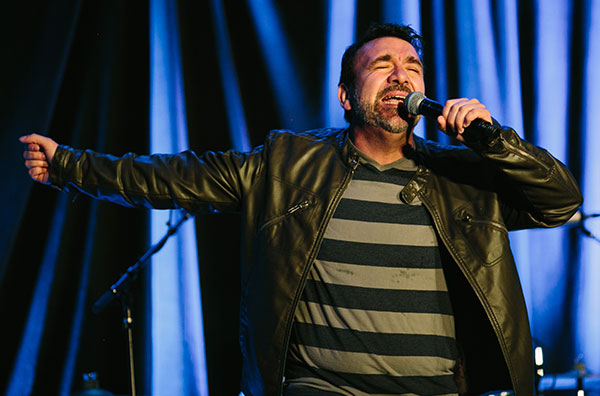 Hispanic communities are partnering in the missionary ministry, inside the U.S. and beyond.

The impact of the ABI ministry underscores how the growth of Foursquare’s Hispanic presence in the U.S. needs to be seen in the light of what is happening in the rest of the Spanish-speaking world, where God continues to move.

The latest Foursquare annual statistics note 851,055 salvations, 384,816 water baptisms, and 347,621 baptisms with the Holy Spirit in Central and South America. The region has more than 3.5 million members in nearly 17,000 churches and meeting places.

Yet these international advances also bring what is happening among Latinos full circle, back to the U.S. and the vision of Foursquare’s founder. Foursquare Missions International Director Jim Scott has noted Aimee Semple McPherson’s heart for Hispanic peoples from the beginning of her ministry in Los Angeles, not only as “a community to be reached, but also as a partner in the missionary ministry, inside and outside of the United States of America,” Jim says.

This article was written by Juan Vallejo and Andy Butcher. Juan serves as the District Supervisor of the Distrito Hispano del Suroeste (Southwestern Hispanic District). Andy Butcher is a freelance writer based out of Orlando, Fla.