Adam, who became vice president of operations and COO in October 2014, restated that the end goal of the Reimagine Foursquare strategy approved at Foursquare Connection 2014 has been “to align all things to prioritize mission, which includes our culture, resources (personnel and finances), structures and systems. Combining these offices is another step toward that alignment, which will further allow for real-time adjustment, quick communication and better organizational synergy.”

Glenn calls this transition a key step forward in the church’s development, as well as a historic passing of the torch from one generation to another.

“Sterling Brackett has been a member of our movement since he was just a child,” says Glenn. “He has held several significant roles along the way, including as our unofficial historian. His love for Foursquare’s history is nearly unmatched. His transition signals the turning of a page in our history. Yet we are confident in Adam Davidson’s ability to steward our corporate administration to assist in advancing Foursquare’s mission of fulfilling the Great Commission.” 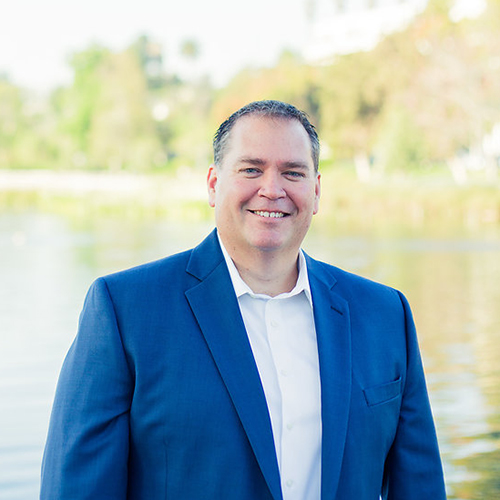 A credentialed minister since 1994—the year he completed his bachelor’s degree in business at Ball State University—Adam earned a master of arts in strategic leadership from Life Pacific College (LPC) in 2013. He has been a Foursquare member since 1975.

Adam has served in many leadership roles, including church planter, pastor, district administrator, camp director and national church administrator. He was director of operations before assuming the vice president position in 2014.

He compliments the man whose job he will incorporate into his position, saying Sterling has stewarded his office with excellence. Among the corporate secretary’s many duties are maintaining corporate records, statistics, IRS activities and overseeing credentialing of licensed ministers.

“His eye for detail and his passion for our Foursquare heritage has been both admirable and inspiring,” Adam says of Sterling. “His diligent reminder to pursue the harvest is unrelenting. I look forward to carrying on this focus toward mission, and building on the solid foundation Sterling has established.”

In addition to focusing on the Great Commission, Adam says Sterling has shown him the importance of stewarding Foursquare’s rich history. The corporate secretary’s role includes overseeing the Foursquare Heritage Center, located in the Parsonage of Aimee Semple McPherson next door to Angelus Temple, as well as the archives maintained by the central office.

Sterling was born into a Foursquare family, with his heritage dating back to 1939. That’s the year his grandfather accepted Jesus as Savior at a revival in Kingston, Tenn., preached by a 22-year-old graduate of L.I.F.E Bible College (now LPC).

Sterling grew up at Kingston Foursquare Church in Tennessee and later earned his degree at Foursquare’s Mount Vernon Bible College in Ohio. In 1980, after serving in a pair of associate pastor positions in North Carolina and Tennessee, Sterling became senior pastor of Gaffney Foursquare Church in Gaffney, S.C. He remained there until answering the call to become president of Life Bible College East in 1989. During his 10-year tenure, the school’s finances and enrollment stabilized under his direction. His wife, Wanda, was a faculty member, teaching English, the Bible’s poetic books and on the Christian family.

“It was an incredible time of fruitfulness,” Sterling says of the graduates he supervised who are now missionaries and pastors of Foursquare churches. “They’re not only in ministry, but they’re very effective. That’s the greatest payback.”

Seeking a climate more conducive to his health, Sterling moved to Southern California in 2000 to serve as a special assistant to then Foursquare President Paul Risser. In fall 2004, he assumed the corporate secretary role when Pastor Jack Hayford became president. Through the years, Sterling has also served as treasurer, COO and on numerous committees.

Sterling says his successor’s longtime membership and service in Foursquare is a huge plus. “Adam is committed to our church,” Sterling affirms. “He’s served on the local church level, the district level and as national church administrator. For me, that’s the biggest strength he brings.”

Married for 44 years, Sterling and Wanda will take up residence in Palm Desert, Calif. A writer and editor, Wanda plans to continue working remotely for The Foursquare Church. Sterling says they hope to be able to spend summers visiting their grandchildren in the Midwest.

Adam and his wife, Rose Mary, are the parents of four children, who range in age from 5 to 18. The Davidsons are involved in local church ministry at The Church On The Way Santa Clarita (Santa Clarita Foursquare Church), located just north of Los Angeles, where Rose Mary serves as an assistant pastor.