A couple summers ago Mike Kai, an ordained Foursquare minister and pastor of the Hawaii-based multisite Inspire Church, was at a conference in Australia and felt God give him a calling: Raise up new leaders and send them out.

The first step toward fulfilling this calling was creating “ministry starting” kits. Mike began leading members of Inspire toward taking ownership of outreach and using their abilities to bless their communities.

“I told them: ‘Don’t wait for a church-sanctioned ministry. Just go do something,’ ” he recalls. “You have to go outside, find a need and fill it.”

The ministry kits provided a practical support for this budding vision. Each kit contained some business cards, a series of questions on how to make a ministry sustainable, and training by Mike and his staff. 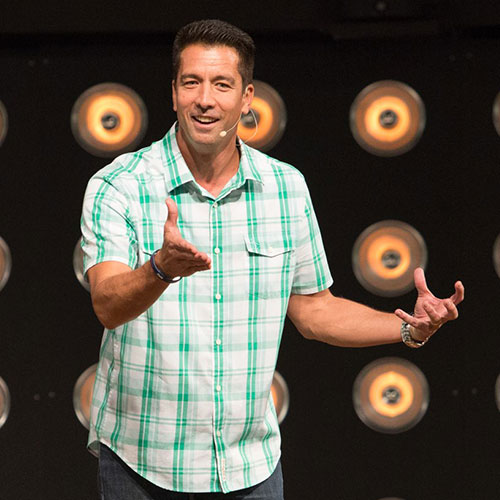 “Several ministries started at that time are now our biggest ministries,” Mike says.

Among these many ministries are Bake a Blessing, which provides birthday cakes to underprivileged kids who would otherwise not get one; Kids Rock, an outreach to kids in neighborhood parks, and funded in part by a Foursquare Foundation grant; and Side by Side, a support group for parents of children with learning disabilities.

Kids Rock, started after Mike introduced the ministry kits and a teacher stepped forward with a heart for Micronesian children, is an example of grassroots ministry success. The newest immigrant group to Hawaii, these children were often without school supplies or good clothing and quickly became the focus of bullying.

The teacher began inviting these children to nearby parks for mini day camps, which they called Kids Rock. There, Inspire members handed out supplies and new shoes, and then read Bible stories. Kids Rock began attracting hundreds of kids and is now a hugely successful ministry.

“We have opted to raise up pastors who can lead and speak, and decided to not go with a video venue,” Mike explains. “One reason for that is I did not want to build the church on my personality but on the abilities of each team. I wanted to develop ‘church-loyal’ people, not ‘Mike Kai-loyal’ people.” 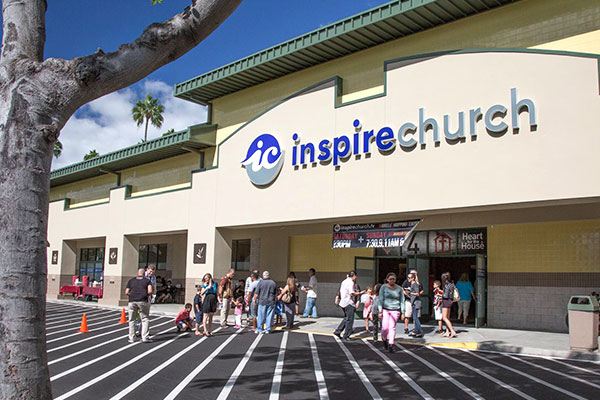 Despite the incredibly quick growth of Inspire’s Hawaiian locations in Waipahu, Mililani, Honolulu and Manila in the Philippines, Mike has a patient and Spirit-sensitive heart toward potential new leaders.

He points to his own mentor, Ralph Moore of Hope Chapel, as inspiration in how to look for new leaders: Seek out faithfulness and fruitfulness. The holistic health of a location’s pastor, or someone Mike is discipling toward that position, is his first attention.

“A new location pastor is generally someone who has been on my staff for a few years, minimum,” Mike shares. “How is their marriage? How are the kids faring? How is their own personal health and wellbeing? That’s important to me.”

Mike points to Prov. 27:23, stating that they rely on their location pastors to know the condition of their flocks.

“First, I believe someone’s capacity to shepherd more people is largely dependent upon a healthy environment, a good location and the collective strength that the ‘mother ship’ provides,” the pastor explains. “In an atmosphere such as this, there is less pressure to grow quickly and a greater reliance on the overall strength of the multiple locations. A leader is protected as well as in a place to flourish and grow.”

The Inspire Church locations are showing the fruit of this spiritual and practical support. Counting the three Oahu locations together, the community has grown by 1,000 people since last year. Their newest location, which had its first service of 120 people in February, has already grown to over 600 people.

When asked where he believes God is leading him and Inspire next, Mike offers an energetic but prayerful vision for the future.

“Although we do have a plan of where we would like to be in Hawaii and the rest of the world, we are taking a more prayerful approach to what opportunities the Lord presents to us,” he says.

“Given Hawaii’s location in the middle of the Pacific,” he thoughtfully adds, “I really feel a lot of impact will happen in Asia. Also on my heart and mind is South America. I believe the Lord has an open door for us there, but we won’t know more until about a year from now.”

The gospel’s joy and urgency has been laid heavily on Mike’s heart and that of his community.

“Where we live, there are just too many people who have not given their lives to Jesus,” he says. “As long as there is continual room in heaven and Jesus still tarries, we will be about the business of evangelizing the lost and making disciples.”