Grace Gonzalez knew since age 2 that she wanted to work in the medical field. She was convinced that her calling was to care for people and impact lives, and decided at a young age that she would do this by being a delivery nurse. But after completing a bachelor’s degree in sociology, and only one year shy of finishing her bachelor’s degree in nursing, doors started closing. She asked God, “If this is the desire you placed in my heart, why aren’t you allowing me to do this?”

Not long after, Grace was offered a management position in the second largest Wells Fargo branch in the bank’s district, where she had only begun working less than two years before. She had been promoted four times within that time—a rare accomplishment, as employees are usually required to work a full year in each position before being promoted.

Raised as a pastor’s kid—her parents pastor New Beginnings (Oviedo Foursquare Church) in the Orlando, Fla., area—Grace prayed. She understood this was an amazing opportunity but would only accept her manager’s offer on one condition: “If you can prove to me that I can find value in what I am doing and that I can make a difference, then you have my commitment,” she told him.

She accepted the job, and as she worked, she found herself helping employees and even customers meet professional and personal goals. She helped one teller gain a desired promotion, for example, allowing him the income he needed to support his family. She helped a customer cut his current debt by $200 a month so he could start start building a savings account. God had answered Grace’s prayer.

“God showed me that it is not about what you do, it is about how you do it—how you utilize your platform of influence to be able to make a difference,” Grace explains. “To be a nurse was my desire. His desire was for me to help people and be an influence.”

Today, at 26, this young game-changer continues to lead as a branch manager, carefully observing those around her and developing their strengths. She is known for promoting those under her supervision. In her first year as manager, she created 15 promotions within her branch.

“When people found pride in what they did, they began to perform even better,” she explains. When asked how she does this, she says, “I show an interest in them and in their success.”

Theresa Jordan, a personal banker in her team, says that every morning Grace is full of excitement and energy as she encourages the team for the day, and that she lives what she teaches. 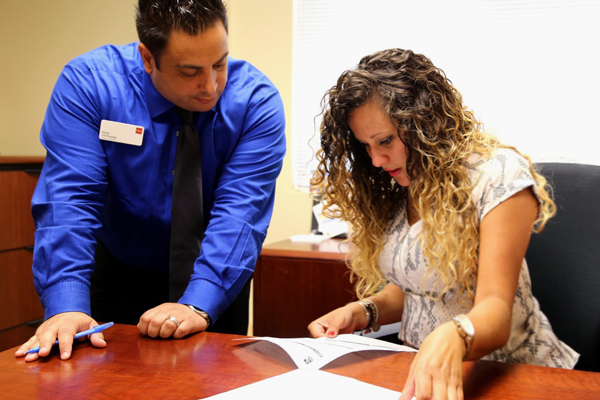 Grace personally connects with each employee, helping them reach their personal and professional goals.

“She has changed my life tremendously,” Theresa shares. “Seeing how she handles difficult situations. She’s passionate about helping people. She puts herself in their shoes.”

Grace knows what she is doing is not something new. It is what she sees in the lives of Jesus and Joseph.

It is with this heart that Grace walks in her calling. Though it looks different than what she first imagined, her dream to care for people is being lived out as she leads people through processes of finding new purpose, motivation and life.

ShareTweetEmail
Melisa Prieto is the assistant editor for The Foursquare Church.
Advertisement