Georgeann Dillard, senior pastor of Delta Foursquare Church in Delta, Utah, will never forget the day in 1996 when, not long after her husband’s sudden death, a Mormon friend frantically drove his truck into her yard, jumped out, and said: “You are living the things we are told to do and can’t do.”

The minister was shocked. She only knew this gentleman casually—he had been her husband’s friend—but her husband had clearly been able to build a bridge of friendship and communication with this man, despite the myriad doctrinal differences between Mormonism and traditional Christianity. The man had been watching their lives carefully. And now the fruit of that spiritual labor was blossoming.

This story vividly illustrates what is perhaps the biggest key to effectively reaching Mormons with the gospel: building authentic bridges of friendship. Outreach to members of The Church of Jesus Christ of Latter-Day Saints, Georgeann insists, is not something effectively accomplished through a mass evangelism campaign. It needs to happen one-on-one, in the context of friendship, over time.

“We focus our evangelism on developing genuine, loving relationships and friendships with the people of our community,” Georgeann explains. “This allows the trust necessary for sharing the love of Jesus in a genuine way. This one-on-one method has been the most successful because of the specifics of Mormon culture.

“We don’t single out men and women with specific outreaches,” she continues. “We befriend and genuinely love these people. They often become the dearest of friends. It is usually the consistent witness of a normal life committed to Jesus and His love that seems to speak the most.”

Tony Maupin Jr., co-pastor with his wife, Carol, of Shiloh (Idaho Falls Foursquare Church) in Idaho Falls, Idaho, would agree. He recounts the story of two brothers, Warren and Brent, who came to Shiloh 10 years ago and gave their lives to Christ. They had been raised as devout Mormons.

Brent, at age 61, passed away recently, but when Tony asked Warren why he and his brother had decided to become Christians, his answer was clear: “Because the people at your church lived what they believed—and they loved us.” Warren’s two adult children and their spouses have also made decisions for Christ.

“I’ve lived virtually all of my life in eastern Idaho, an area that is predominately Mormon,” says Tony. “I’ve served with committed Mormons on public school boards, and served Mormon bishops as customers as an independent businessman. Many of my friends, neighbors and relatives are Mormon.

“I have yet to see one committed Mormon argued into the kingdom of God,” he asserts. “What I have frequently observed are many who have come to faith because someone loved them, prayed for them and shared their faith with them.”

Shiloh has, from time to time, joined with other evangelical churches in the area to sponsor a speaker who address audiences regarding Mormonism and traditional Christianity. This can be educational and beneficial when the speaker is a former Mormon who understands the issues and genuinely loves Mormons. Still, evangelism is most effective within personal relationships.

Pete Akins, senior pastor of True Life Center (Cedar City Foursquare Church) in Cedar City, Utah, lives in an area that is so steeped in Mormonism that any type of grand public outreach or staged attempt to evangelize would be culturally insensitive, if not outright offensive. That’s why the church he pastors with his wife, Cami, doesn’t focus on such evangelistic efforts, he says; they focus on getting to know and love their neighbors and co-workers.

Doing so requires a long-term vision, an important key that anyone who wants to reach a Mormon friend needs to keep in mind. Change isn’t going to happen overnight.

“My wife and I asked the Lord to give us 20 years in our city so that we could earn the right to speak into their situation,” Pete says. “Mormons are amazing people who have strong family values and a deep sense of commitment to their church. My heart breaks for the works-driven society and the misguided concept of who Christ is.”

Pete tells the story of a former Mormon man who is now a pastoral leader in his church. When he came to True Life Center, he was disillusioned with church altogether. Because Mormons are raised to believe their church is the only true church, and that if they ever leave it they are lost, as there is no other truth, such disillusionment is common among those who exit Mormonism.

But when this man encountered True Life Center, he found it to be a place where he could learn and grow. He was free to struggle openly with his questions.

“He attended a men’s camp with us, and the Lord opened him up to dimensions of life that he never even thought possible,” Pete recalls. “It is great to know that God can—in His own time—do what He intends to do in the hearts of people when we don’t run them off and accept them where they are, no strings attached.”

Our Foursquare pastors who minister in areas of the country with high Mormon populations offer helpful tips we should all be mindful of when it comes to interacting with Mormons we encounter and befriending those who may live next door or work with us.

“Love is essential,” affirms Georgeann Dillard. “Seek to build a genuine relationship first. Do things together and enjoy friendship.” She notes that Jesus wants to show Himself to be powerful and available to the seeker, so we should get His perspective and be empowered by the Holy Spirit, moving in the spiritual gifts.

Pete Akins echoes these sentiments. “Pray that the Holy Spirit would accomplish through your friendship what you cannot with an adversarial approach,” he suggests. “Enjoy the dialogue that springs forth as two friends talk about what they believe, value and practice. Listen to them and appreciate what they say; that is what friendship is about.”

Tony Maupin Jr. advises that we should study and understand Mormon doctrine, but that when we meet Mormons, we shouldn’t make Mormonism the primary issue.

“Let God’s love making its appeal through you set the agenda,” Tony says. “Be kind to them. If you aren’t a Mormon, they’re expecting you to challenge them, and they already have the stock answer rehearsed. They already know you’re different. What they really want to know is why.”

The following books and websites will prove helpful to anyone wanting to understand Mormonism better and how to reach Mormons for Christ.

You are reading Part 2 of a two-part series.

By: Bill Shepson, a Foursquare credentialed minister and freelance writer in Los Angeles 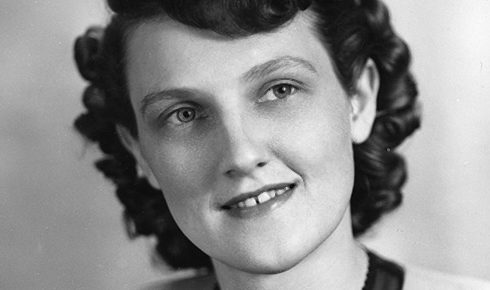 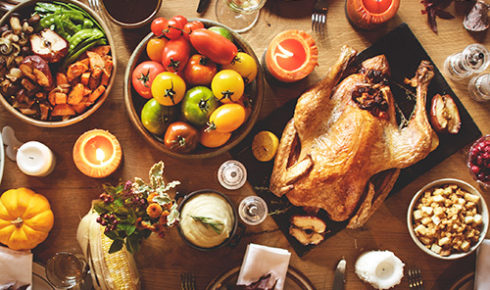 How a Thanksgiving outreach can touch lives globally