The ordained Foursquare minister, one of the most beloved pastors in the movement, also served as the denomination’s interim president and established the Angelus Bible Institute, which still trains students for ministry leadership.

A renowned pastor, educator and administrator, Harold enjoyed a long ministerial career that included 18 years in the pulpit of Foursquare’s founding church, Angelus Temple. He also served for one year (1998 to 1999) as the denomination’s interim president.

A gifted speaker whose sense of humor often left congregations and other audiences chuckling, Harold had a deep appreciation for the historical roots of The Foursquare Church. At the 2010 annual convention, he declared we must always remember our origins. When God wanted to stir up a lethargic church, He poured out His Spirit on a small, seemingly insignificant group of people, Harold said. He reminded the audience this early 20th-century spark created the worldwide Pentecostal movement.

“The Spirit in them caused them to put shoe leather to the gospel and take it to the world,” Harold declared. “We dare not forget our forefathers and what they suffered and died for, and believed. Evangelism is why God raised this church up, to make a difference in the world. That message centers around Jesus crucified, buried, ascended and coming back again.”

Foursquare President Randy Remington shares, “There is a reason that Dr. Helms was so beloved by everyone who knew him, regardless of proximity in relationship. If you were very close to Dr. Helms or only knew him from a distance, he was the same person. He was who he presented himself to be, there wasn’t a gap between his inner life and outer life. He was the real deal.

Dr. Helms is someone who we all want to be when we grow up. He modeled Christlike character and consistency in his beliefs and practices. He oozed the scriptures in every conversation, and he was fully present as he engaged you, you never felt like a project or an inconvenience to him. The older he got, his true essence was more and more on display. He laughed easily, enjoyed life, was warm and gracious, and did not operate out of fear, but love.”

Harold’s pastoral career began at the age of 21 in Lexington, N.C. He spent a decade in his home state before pastoring in Virginia and then became dean of students at Mount Vernon Bible College (the predecessor to L.I.F.E. Bible College East).

After a decade in Ohio, Harold returned to the pastorate, serving in Decatur, Ill. After six years there, he accepted a call to pastor Angelus Temple, where he served from 1981 to 1998. During his time at Angelus Temple, the church recorded more than 39,000 decisions for Christ, approximately 6,600 water baptisms and some 3,800 baptisms with the Holy Spirit. The congregation also gave $4.7 million to missions during his tenure.

Another of Harold’s accomplishments came in establishing the Angelus Bible Institute in 1986. During its first 12 years, it saw students from 14 nationalities. It graduated nearly 350 students during that time and organized five extension campuses. He also helped establish multiethnic ministry at Foursquare’s flagship church by organizing a variety of congregations for different ethnic groups—Hispanic, Korean, Filipino and Armenian among them.

Foursquare’s former vice president and corporate secretary Sterling Brackett considers his mentor’s service at Mount Vernon equally memorable. Not only did Harold travel widely from 1965 to 1975 to speak in denominational circles and recruit students, Harold was an incredible teacher, Sterling notes.

“He was one of those people who remembered everything,” Sterling says. “When I was around him years later, he would bring up a story from his teaching days in the mid-1970s. Forty years later, and he still remembered. One of his most incredible ministries was speaking at our youth summer camps in the 1960s and 1970s.”

Although originally settling in Bakersfield, Calif., in retirement, Harold and Winona later relocated to a suburb of Nashville, Tenn., to be close to their daughter, Mel.

President Randy continues, “Dr. Helms finished well, and left us a legacy worth remembering and emulating. A champion of the next generation, a man of the Word, and a lover of Jesus and His Church. We will miss this man’s presence, but cherish the ways that he has written upon our hearts.”

A celebration of life service for Pastor Helms will be held Sunday, July 3 at 4 p.m. at Williamson Memorial Funeral Home in Franklin, Tenn. Visitation will be held the same day from 2:00-4:00 p.m. View full details and streaming information here.
ShareTweetEmail
The Foursquare Church was founded in 1923, and we have been growing leaders ever since. 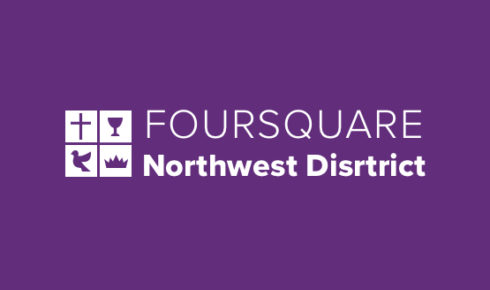