In some ways, the Reimagine process realigning Foursquare for a more fruitful future has been like a prayerful, giant, class project—lots of shared research, reflection and review. So it’s appropriate that as Reimagine changes begin to come into effect, the denomination is putting a fresh emphasis on the importance of Foursquare Education and Training.

The coming structural, governmental and legal Reimagine shifts are aimed at ensuring that all Foursquare activity is laser focused on kingdom business and fulfilling the Great Commission. But that goal can’t be fully realized without leaders who are committed to ongoing development so that their gifts can be exercised to their fullest—new wine for the new wineskin.

With that in mind, some other organizational changes coming into effect are intended to affirm the value of ongoing learning, and to maximize use of the wide range of educational opportunities that are available to Foursquare ministers.

By underscoring the value of education and emphasizing the many existing ways in which leaders can develop and sharpen their ministries, Foursquare is seeking to create “a culture of lifelong learning,” says Dan Hedges, chairman of the newly established Foursquare Church Education Commission (FCEC) formed by Foursquare’s board of directors in June. Alongside committees on doctrine and licensing, the FCEC is one of only three Foursquare bodies of its kind that watch over key concerns—a signal of the importance leaders place on education.

The FCEC was born out of an educational task force formed early last year to propose ways of ensuring that ministry development is championed and taken up more in Foursquare. That group was brought together after leaders became aware that although there are many different learning opportunities available, they have not been promoted well, for the most part. Additionally, education forms have changed during the past decade or so, with the growth of distance and online learning. 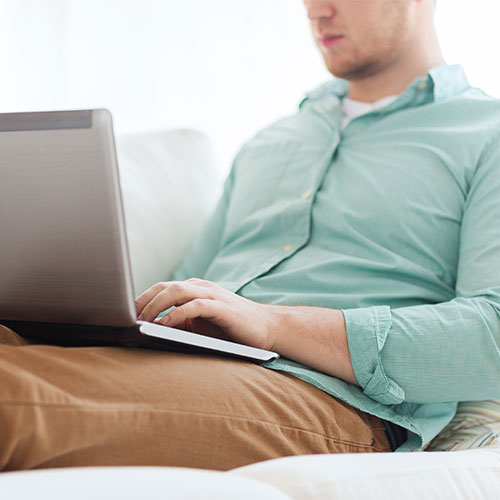 Starting in 2015, Foursquare pastors can benefit from an online learning community.

One of the commission’s first initiatives will be to create an online community that brings together information on all the various educational channels that are available—from Life Pacific College (also called LIFE Bible College) and local church-based institutes to national ministries and affiliated schools. The site is due to go live in 2015.

Available there will be two foundational documents that were adopted by Foursquare’s board of directors when they approved the formation of the FCEC in June. One sets out Foursquare’s philosophy of education, noting: “We want to avoid the anti-intellectualism that has at times plagued classical Pentecostalism while avoiding the over-professionalizing of Christian ministry that can accompany an overemphasis on formal theological education.”

The other paper acknowledges the different “streams” of education in Foursquare—such as pastoral mentoring and seminary study—and how each has a “unique contribution” to make while sharing the same goal: “Developing healthy reproducing leaders.”

As part of the heightened emphasis on Foursquare Education and Training, a commitment to ongoing learning will become a part of the process for minsters’ re-licensing. They will be asked to make some kind of educational involvement an integral part of their own personal ministry development.

“Traditionally, there has been no requirement for education for entering the Foursquare ministry, and that is not changing,” Dan explains. “We recognize our tradition, and we value it. There will always be a place in Foursquare for the minister who doesn’t have the opportunity for or choose to pursue formal training.”

He continues: “But we believe that training should be seen as an attitude that’s rooted in discipleship and leadership development, mentoring and peer support. It’s all about improving our effectiveness in ministry.”

The creation of the FCEC is about better acknowledging and affirming what Foursquare has always believed about the value of education, reaching back to the days of founder Aimee Semple McPherson, rather than shifting focus away from a reliance on the Holy Spirit.

“It’s an affirmation and clarification of what we have always believed,” Dan explains. “[Aimee Semple McPherson’s] strategy for reaching the harvest was to preach the gospel, plant a church and start an institute. She was totally committed to training leaders who could multiply the ministry. That’s certainly an important part of our tradition.”

The concerns of leaders that prompted the forming of the educational task force were echoed in the Reimagine process.

The FCEC moves, he says, are “a major stride in helping make education stronger in Foursquare and providing more opportunities for ministers.”