Editor’s note: After nearly 70 years of sharing the Gospel, George Jameson went to the be with the Lord in January 2020. We share his personal account of some of his earliest memories and an eyewitness account to miracles that occurred at Angelus Temple.

From the time I was 10 years old, I witnessed miracles of God at Angelus Temple during the 1930s and 1940s. I am 89 now, and I remember some of these miracles as though they happened yesterday.

Every Wednesday afternoon, Aimee Semple McPherson conducted divine healing services at Angelus Temple. Ambulances brought the hopeless cases from area hospitals, and you could see the ambulances lining the streets, their occupants camped inside the Temple, believing for a miracle.

I wanted to see those miracles for myself and remember riding a streetcar after school to the Temple where I would work my way to the front of the sanctuary so I could be as close as possible to the altar when God did the miraculous. The ambulance drivers stood nearby with their ailing patients waiting on canvas stretchers for their turn on the platform, where Sister McPherson would pray for them.

Even the drivers seemed to know what was about to happen. Many of them had been to Angelus Temple before. They always left with empty stretchers. I saw Sister McPherson lay hands on people who could barely move and offer a simple prayer of faith. Then, I saw these people crawl off their stretchers, healed and praising God.

The more seasoned ambulance drivers were not shocked to leave the Temple without their patients. In fact, I had to chuckle when I heard the drivers say, “Well, here we go again!” They knew other patients still waited at the hospital and that they would soon be back with someone else who needed a miracle.

During one healing service, I held my position down front around the altar and witnessed a miracle of a different sort. Sister McPherson prayed for a man, and he was so overcome by the presence of the Holy Spirit that he fell to the ground. The man bounced on the floor, hit his head squarely on a wooden box that usually held a flower arrangement, and then rolled right off the front of the platform.

The man was so engulfed by the Holy Spirit that he didn’t seem to notice he was falling. His hands were extended in praise, and I don’t think he even tried to break his fall. Most of us would instinctively grab our head if we hit a wooden box like this man did.

He bounced and rolled off the front edge of the platform, and fell with a thud on the ground several feet below. He never stopped praising God. His hands raised in surrender as if the Spirit was gently carrying him until he stopped falling.

Nothing else in the service mattered to me after that. I was fixated on this man. Surely, he would notice that he had injured his head in the fall or that he was bleeding. When he stood to his feet after the closing prayer, I stuck to him like glue. I believed in miracles, but this was an unusual situation.

The man walked unaided out of the building. I followed him up Lemoyne Street. Never once did the man rub his head or check for blood. Instead, he walked with a spring in his step. He had been healed, and the Holy Spirit must have protected him from injury while He completed the work in the man’s body.

Then, on another occasion, I arrived early for a Wednesday healing service and peeked inside the 500 Room at Angelus Temple. Prayer warriors were seeking God for His miraculous signs and wonders in the service that was about to start in the sanctuary.

I decided to beat the crowd and find my place inside the Temple. Making my way from the 500 Room to a side door of the sanctuary, I ran into a man on crutches.

Sister McPherson walked by on her way to the 500 Room. She paused to speak to the man and me, and asked him about his injury.

He wore a full leg cast and explained how he had broken his leg. Right there, in an outdoor passageway between the sanctuary and Sister McPherson’s parsonage, she knelt on one knee beside the man and prayed a simple prayer of healing.

The cast began to shift, and something was definitely changing.

I ran inside the 500 Room shouting, “Sister needs a pair of scissors!” I should have known I was interrupting an important prayer service, but God was performing a miracle, and I needed help.

Someone handed me the scissors, and I returned to Sister McPherson and the man, still alone with no one other than me to document the miracle. No fanfare, no altar call, no audience. Sister cut the cast from the man’s leg, and he stood with his full weight on the leg, testing its strength. Then, he jumped and walked, completely whole.

I never heard a testimony in church about the man’s healing. No stories were ever published about what God did. It was simply a miracle of God like so many others that happened everywhere Sister McPherson went. She believed God to heal, and God healed. For Sister McPherson, it was as simple as that.

ShareTweetEmailPrint
George Jameson served as a Foursquare minister through several decades. He went to be with the Lord in January 2020.
Advertisement 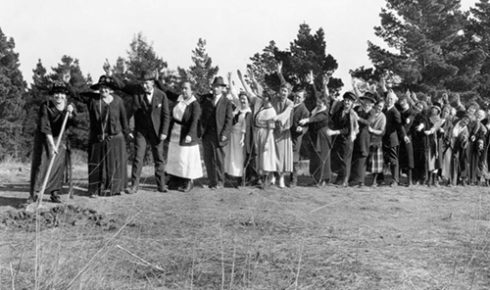 How Angelus Temple was built 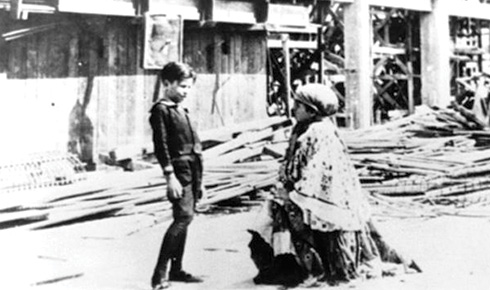