When Keith Jenkins realized there was a problem, he knew just where to turn. 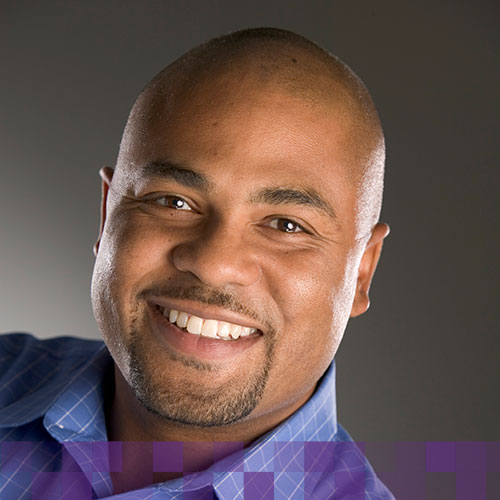 Meet Keith Jenkins, who transitioned his independent church to join the Foursquare family.

The 10-year Marine was pastoring Fresh Winds, an independent church in Eugene, Ore., and decided to preach about the importance of authority to his “rag tag” congregation of 50 or so.

He recalls, “I wanted my church to have authority, but I realized that I didn’t have it in my own life.”

Looking back on a decade of military service, Jenkins understood the concepts of authority and chain of command. But as he looked at Fresh Winds, he realized that he was accountable to no one. “There was no covering or correction,” he says.

That revelation frightened him, and he saw that the church’s independence kept it from the benefits of being part of a larger community. “I realized,” he explains, “that things were only going to go so far if I was always going to be the smartest man in the room.”

Keith turned to spiritual leaders he admired: several local Foursquare pastors and, notably, Steve Overman, senior pastor of Faith Center (Eugene Foursquare Church) in Eugene, Ore. They had invited him to gatherings in the area, where he had been impressed by their openness to others and their encouragement.

“They made me feel welcome even before I became Foursquare,” Keith remembers more than a decade later. “It was amazing. I was struck by the sense of brotherhood we shared.”

Realizing that Foursquare was a biblically sound movement, Keith decided that it was the place for him. Fresh Winds transitioned from being an independent congregation to becoming a Foursquare church. He served as lead pastor at what became Jubilee World Outreach (Eugene West II Foursquare Church) for 13 years, seeing membership grow to around 700, before moving to Southern California as Foursquare’s missional director for the former Greater Los Angeles District.

Keith stepped down from that role after five years in 2014 to take full-time responsibility as lead pastor of New Life LA (West Adams Foursquare Church) in Los Angeles. He and his wife, Coco, began ministering at the church in 2010, seeking to bring renewed life to a once-vibrant congregation that had dwindled to around 45. Attendance has grown almost tenfold, and a Spanish-speaking church is being incubated.

Now 48, Keith sees that fruitfulness in ministry in clearly linked to alignment with a larger body. “There is something to being part of a tribe,” he says. “There’s strength, there’s agreement, there’s wisdom.” There’s also safety, he adds: “You can’t imagine how many [Foursquare] churches would have lost their physical locations during the economic downturn if they had not been part of a denomination.”

But those practical benefits were not what drew him to Foursquare; they were the result. The appeal was the relationships, exemplified by Steve Overman, who modeled a different kind of leadership. “He was the bridge,” Keith says. “He could literally be the smartest man in the room, but he is always more curious than convinced. Not that he doesn’t have strong convictions, but he is not polarizing.”

Then there is Wayne Cordeiro, senior pastor of New Hope Oahu (Oahu South Foursquare Church) in Honolulu. When he was in Oregon on ministry trips, he invited Keith to share devotions with him, and he quickly became Keith’s mentor.

Keith continues to appreciate the relationships he has formed, and his enduring Foursquare identity is deeply rooted in the movement’s missional DNA that was instilled by Foursquare’s founder, Aimee Semple McPherson. Keith affirms: “It still resonates today.”