Former Foursquare Missions International (FMI) Director Jonathan Hall has been named FMI’s new area missionary to the Caribbean. He takes over the position from Dave Stone, who retired in January after 14 years with great fruitfulness in the role.

Serving from Miami, where he will continue to lead Foursquare’s Business as Mission (BAM) network, Jonathan is returning to the area missionary role—overseeing FMI workers and partnering with national leaders to multiply Foursquare’s missions efforts—he previously held in Latin America almost 20 years ago.

Though with a smaller population than other regions, the Caribbean is known for its tremendous diversity, with numerous languages and cultures across its many islands. Often impacted by natural disasters, the region has been a focus of multiple Foursquare Disaster Relief (FDR) projects and short-term team visits by U.S. churches.

Jonathan’s rich missions background makes him uniquely qualified for the Caribbean role, according to Ted Vail, vice president of global operations and FMI director. Jonathan and his wife, Beth, “have invested much of their lives in Latin America and world missions,” Ted states. “They are known, trusted and loved. They don’t get stuck in the past; they’re willing to take a dare to reach lost people anywhere and to follow Jesus into the future.”

Having grown up in Brazil in a multicultural missionary family, Jonathan led missions and business ventures in multiple countries, and served as the Brazilian Foursquare missions director and South American regional coordinator before being appointed Foursquare global vice president and FMI director under President Jack Hayford.

Jonathan moved to Miami in 2011, where in addition to creating the BAM network and serving multiple projects in Latin America focused on entrepreneurship, poverty and sustainability, he has also been the South Florida regional superintendent of Foursquare churches and FMI’s global development/international projects coordinator.

“He and his family are a gift to our global movement, and we are excited to see how his enthusiastic leadership will partner with the great leaders of our Caribbean church family.”
—Paul Greer, FMI assistant director

With a master’s degree in leadership studies from Regent University, Jonathan speaks Spanish and Portuguese. He and Beth, who is director of the EAP (English for Academics) program at South Florida Bible College and Theological Seminary in Miami, married in 1986, and have three children and one granddaughter.

Jonathan appeals for prayer in his new role, asking that together with the other Caribbean leaders, he “might truly hear from and align with the Lord’s purposes for each community and island. With such enormous diversity in the region, one cannot but feel humbled and dependent on the Lord’s anointing, provision and guidance.”

Jonathan’s appointment is also welcomed by Paul Greer, FMI assistant director. “He comes with a lifetime of missions experience,” says Paul. “He has also championed global missions with a focus on the global cities, business as mission, and tent-making missions to the unreached. He and his family are a gift to our global movement, and we are excited to see how his enthusiastic leadership will partner with the great leaders of our Caribbean church family.”

Paul notes that more national Foursquare works around the world are “taking ownership of a global, international focus with the Great Commission.” He explains: “As more nations become outward focused, the gospel is crossing the barriers of culture and race. We are excited to see how FMI’s partnership with the Caribbean moves to more national church movements building their own missions sending arms.”

Currently with a presence in 13 countries in the region, and 141 Foursquare churches and meeting places, Foursquare’s history in the Caribbean dates back 90 years with an emphasis on God’s supernatural power. Pastors Eugene and Myrtle Adams arrived in Puerto Rico in 1929 with their daughter, Rhenna, who had been a children’s evangelist at Angelus Temple’s children’s church. The couple’s small missions church began to grow after a blind boy was healed through prayer.

Another early work in the region was in Cuba, where Francisco Rodriguez arrived in 1933 as an independent missionary supported by friends in New York City. In 1947 he joined The Foursquare Church, bringing in a group of 17 churches and seven meeting places. The first Foursquare missionaries were sent to Cuba in 1953, planting a church that became known as “The Miracle Church.” 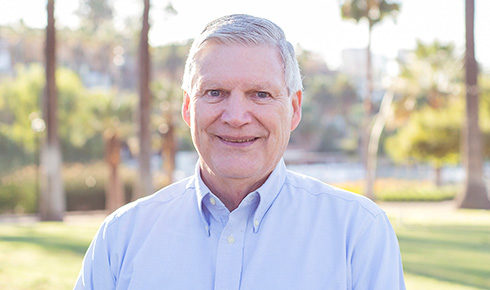 Dave Stone retires after many years serving in the Caribbean 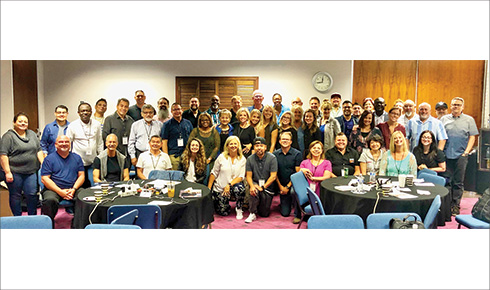 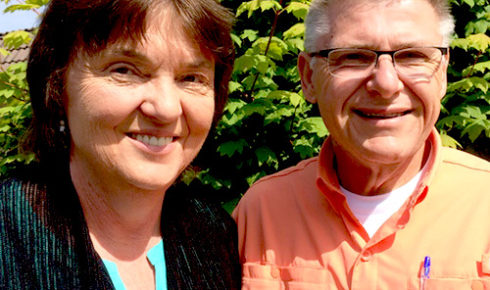