Matt Temple, senior pastor of Connection (Bettendorf Foursquare Church) in Bettendorf, Iowa, didn’t need a passport when he moved the 2-1/2 hours from there to Chicago, but he almost could have. The Second City “has more in common with London than the town I came from,” he says. “The ethos is entirely different from the Midwest.” 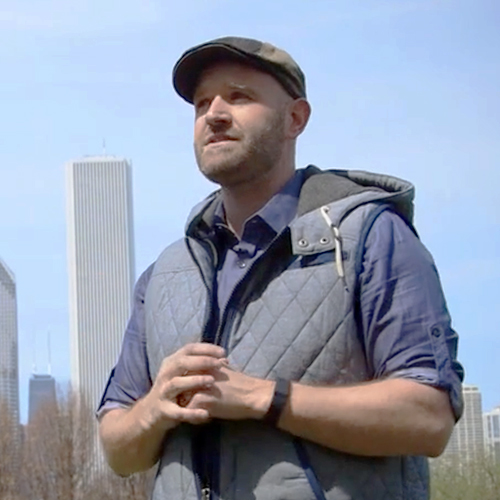 Acknowledging that kind of sharp contrast is at the heart of Foursquare’s Global Cities Strategy—that America’s urban centers are markedly different from the suburban and rural quarters where the movement has historically been stronger, and as such require a different approach.

“We have to look at our cities like they are different countries, which in many ways they are,” says Matt, citing Chicago’s sizable Indonesian and Romanian immigrant communities, among others, in the city’s almost three million population. With another six million people in the greater metropolitan area, “we have a chance to reach the world right here,” he notes.

Chicago is one of the targets of the movement’s new Global Cities Strategy, which is 100 percent funded by Foursquare Foundation. The initiative was announced at Foursquare Connection 2014 in Dallas. The new approach to cities means tapping into one of Foursquare’s great strengths.

“Foursquare gets missions,” Matt affirms. “We have always done missions well. If we sent someone to another country, we wouldn’t expect them to just go and start a service.”

Rather, those sent would take time to “exegete the culture,” he says, taking a leaf from the apostle Paul’s playbook. “He targeted cities. He knew they were hubs of innovation. At Mars Hill, he read their authors and their poets.”

Being an urban missionary rather than a church planter means taking a longer view. It’s likely to take up to six years to establish a self-sustaining congregation in a city—that’s twice as long as the typical suburban church plant, Matt notes, which means the need for ongoing support.

Since arriving in Chicago earlier this year, he has been busy getting to know the city—which he describes, in turn, as “vibrant,” “friendly” and “very segregated”—and networking with other church leaders there.

Learning a place means seeing beyond its reputation. Widely known for its gang violence (84 shootings during the July 4, 2014, weekend alone made national headlines), Chicago is “getting exponentially better,” Matt reports. There is enduring racial tension, though, with some of the city’s 77 distinct neighborhoods more like “enclaves.”

What has already become clear is that Chicago is so diverse that no one-size-fits-all church model will work.

“Multiple expressions of church are needed,” Matt says, leaning to forms that are centered not on a location, necessarily, so much as “how do we make disciples in our neighborhood?”

Fulfilled as the senior pastor of Connection and a church planting coach to others in the Foursquare movement, Matt did not always have the cities on his horizon. But as he recognized a lot of transfer growth, rather than new believers, he had “a growing concern that we were not being effective at reaching a generation of lost people.”

At the same time, he saw that young people were moving to the cities, finding a culture that, positively, thrives on innovation, and sometimes negatively rejects traditional values. With around 60 percent of people currently living in cities, and the forecast that as many as 80 percent will in the years to come, “we have to have a presence there,” asserts Matt. “We want to be part of a strategy to reach them.”

As well as leading his own efforts in Chicago, he will be overseeing residency students whom he will help coach to hopefully go and begin works in other cities.

He adds: I “can’t stress enough that the church in the city is dependent on the church outside the city. It has the resources that are needed.”

Watch a Video on Chicago

This article is Part 5 of a five-part series. Click the links below to read more about Foursquare’s Cities Strategy.