It’s tempting to see what God is already doing in big cities such as Atlanta and assume everything is fine. With thriving churches led by the likes of Charles Stanley, Andy Stanley and Louie Giglio, the Georgia state capital must be in great spiritual shape, right? 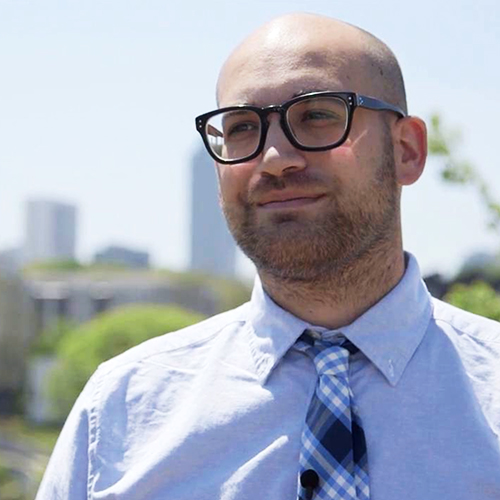 Not so, according to Foursquare Pastor Phil Manginelli, who says that while good things are happening, most in the near 6 million population of the greater metropolitan area are a long way from God. That’s why Atlanta is one of the targets of Foursquare’s new Global Cities Strategy, which is 100 percent funded by Foursquare Foundation. The initiative was announced at Foursquare Connection 2014 in Dallas.

Case in point regarding Atlanta’s true spiritual condition: 85 percent of those within a five-mile radius of The Square, the church where Phil serves as lead pastor, are unchurched or “dechurched.” And behind the vibrant image of a bustling city—home to CNN and Coca-Cola—there are big needs: Some of Atlanta’s schools have a 53 percent dropout rate, more than four times the national average.

While applauding the impact of megachurches in the area, Phil observes that, even for those who are spiritually minded, they are “not for everybody.” His emphasis is on developing “missional communities,” home-based small groups such as the one that started in his living room and moved out to the garage when numbers grew. 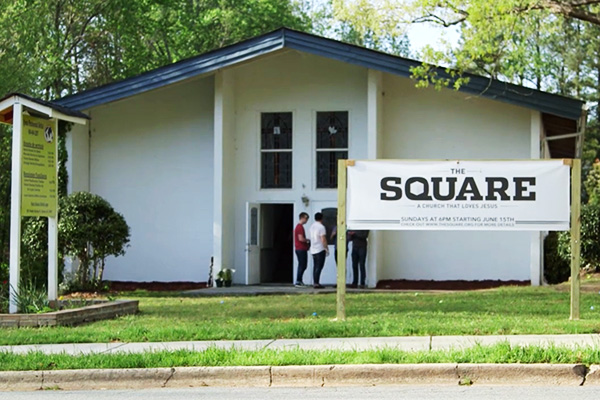 The Square provides a place for community and church activities.

The formal meeting place that was established more recently—the name, The Square, emphasizing the sense of a community venue—hosts some congregational events but is mostly intended to be a space where people in the neighborhood can connect through non-church programs.

Spiritual life is focused in small groups, with members encouraged to be part of a triad, a group of three that meets regularly for fellowship, prayer and encouragement. The parish model is aimed at making people’s neighborhoods the center of their faith lives, rather than a church campus. City life is busy, Phil says, and he doesn’t want people so tied up with church programs that they don’t have time to reach out to their neighbors.

“Many people have become disconnected from church, for one reason or another,” Phil explains. “We want to build a home for prodigals.”

Phil arrived in Atlanta 18 months ago from Mill Creek Foursquare Church in Lynnwood, Wash., where he led the high school and student ministries, with two goals: “We want to reach [those] the furthest away from Jesus in the city of Atlanta,” he says, “and make disciples who make disciples.”

Having served in missions for several years before pastoral ministry, Phil has found it natural to apply a missionary approach to establishing Foursquare in Atlanta.

“We have to understand the people, the culture, the way they think,” he says. “You can’t just set up shop, hold a service and expect people to turn out or respond to the gospel.”

Beyond the immediate need in Atlanta, Phil is spurred in his efforts by another burden.

“People are moving back to the cities,” he says. “The future of America is there. If we miss this next 10-year window, our cities will be lost. We have a window to move into the cities and plant churches that can change culture and change communities, bringing Jesus to a generation that is completely and utterly lost.”

Building on its history of renewal following the Civil War, and as a center of the civil rights movement, Atlanta, Phil believes, is a “modern-day Antioch” that could become an example of racial, spiritual and social reconciliation to the rest of the world. “With a spiritual awakening,” he says, “Atlanta could touch the world.”

The scale of the challenge is such that it requires all of Foursquare, Phil notes, paying tribute to the way The Square initiative is being supported by both the Northwest and Southeast districts. The partnership is an example of “the best of what happens when Foursquare gets together,” he says.

“There’s nothing about the urban context that is a higher calling [than other callings],” Phil adds. “It’s just where the people are going, so that’s where we have to take the gospel.”

Watch a Video on Atlanta

This article is Part 3 of a five-part series. Click the links below to read more about Foursquare’s Cities Strategy.