The sight this week of a semi-truck loaded with supplies dispatched by Foursquare Disaster Relief (FDR) was a welcome delivery for Lifehouse Church (San Antonio North Foursquare Church) in San Antonio, one of numerous Texas cities walloped by recent winter storms.

Pastor Ryan Coffey says the 500-member congregation and two other Foursquare churches in the area will distribute this aid via a partnership with Children’s Hunger Fund. The non-profit will warehouse the supplies until picked up in box trucks from each church.

“For our neck of the woods, bottled water is most important,” Ryan says. “There are a lot of people without drinkable water, which we’re able to provide. We’ve already given out 200 cases of water to families in the community and apartment complexes. This will help boost those numbers.”

The only damage to Lifehouse was a busted water spigot outside. However, after Sunday church services, 11 families signed up to receive emergency plumbing help because of broken water pipes.

Those volunteer plumbers are coming from Foursquare congregations in Seattle, who are partnering with Foursquare Disaster Relief to aid Texas communities.

“The churches in Texas are capable of jumping in and helping meet the needs of their communities in their darkest hour.”

Besides the supplies that went to San Antonio, FDR dispatched a truck to Austin Foursquare Church, loaded with pallets of water, chicken, ham, canned goods and other food stuffs. It also sent monetary aid to Life Church (Angleton Foursquare Church) in Angleton, Texas, to help with direct purchases there.

FDR has raised more than $25,000 so far for Texas assistance. Ten Foursquare churches and their members have been impacted by flooding, power outages, burst water pipes, boil-water advisories and a lack of grocery supplies.

“We’ve been trying to mobilize churches and get help there,” says Chad Isenhart, director of Foursquare Disaster Relief. “We’re just getting basic things into the hands of people who need it. As time continues, we’ll assess the situation and see what other help is needed.”

While more noted for glaring heat and parched deserts, Texas suffered a major hit from the ice and snowstorms that affected thousands across several regions of the country.

Chad says the state’s infrastructure wasn’t equipped to deal with the combination of snow, freezing temperatures that froze water lines, and power outages, some created by so many people trying to use space heaters to stay warm.

“The state’s energy companies didn’t have the power to handle it,” Chad says. “Everyone was going out to buy things, and trucks couldn’t get into the loading docks to restock stores. There were a number of factors in effect to create the perfect storm. They thought there would be one big dump of snow and the weather system would go away, but it didn’t.”

Even after the worst subsided, the weather delayed the arrival of the shipment to San Antonio by a day. The food and water came from Atlanta, where Fountain of Hope, an organization run by Refuge West (Marietta Refuge Foursquare Church) in Marietta, Ga., that maintains a warehouse of supplies for such emergencies.

Besides these supplies, Chad says there will be a need for financial aid in coming weeks to pay for transportation costs, gift cards to allow storm victims to purchase supplies and other relief.

He says the situation is a great example of how FDR responds in crisis, which is primarily through the local church. “The churches in Texas are capable of jumping in and helping meet the needs of their communities in their darkest hour,” Chad says. “This shows the power of Foursquare churches and how FDR tries to support what they’re doing. Each church has a different approach to how they’re trying to help their community. We see a lot of kingdom fruit when we’re able to help.”

To donate for Texas relief, you can give directly to Texas relief—select “Texas Storm”—or text 4relief to 77977 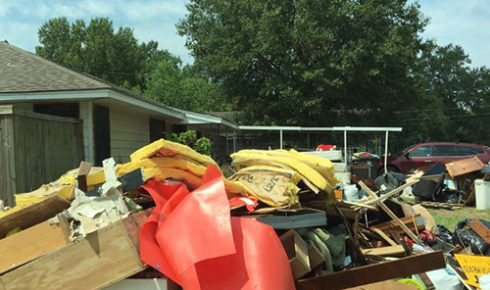 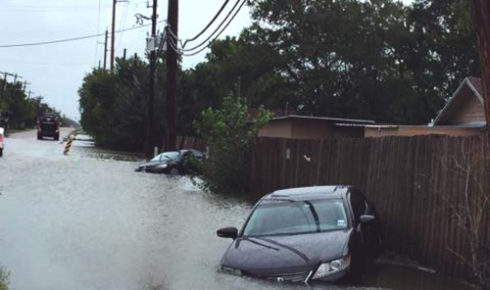 Foursquare is reaching out in wake of Hurricane Harvey 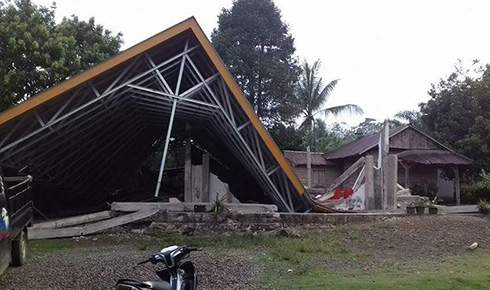