Europe: Just say the word, and it invokes an array of images. Some will think of luxurious vacations in the Swiss Alps or unencumbered days under the Tuscan sun. Others will think of the continent that gave us two world wars and introduced death on an industrial scale.

But when I think of Europe, it’s as a mission field. The once fertile soil of Europe’s soul is now fallow ground crying out for the renewing rain of the Holy Spirit and the seed of the Word of God carried by humble servants committed to seeing the glory of God cover the earth.

All missionaries face language, cultural and political challenges. Beyond these universal challenges, each nation or people group presents unique challenges. Working in Europe, I have observed the following five challenges in reaching this spiritually dark continent.

Europe is post-political, post-modern and post-Christian. Political systems and ideologies have proven themselves insufficient. Rationalism cannot fully explain or contain the world. Religion has been less than relevant; it has become a problem. Certainty is gone. Truth is questionable. Knowledge is limited. Meaning is up for grabs. This collapse of worldviews creates a vacuum. This vacuum is the most significant opportunity in our lifetime for the gospel in Europe.

Despite being post-Christian, many Europeans still find cultural and ethnic identity in their national religions

Living faith generally has nothing to do with your religious identification; your nationality determines your religion. To be Irish, Polish or Italian is to be Catholic. You may be an atheist, but you are still Catholic. To be Russian, Serbian or Greek is to be Orthodox. To be Albanian or Bosnian is generally to be Muslim. In many European situations, when someone repents and becomes a believer in Jesus Christ, they are “giving up their religion.” That also means they give up their ethnic and national identity. Being rejected by your family, punished in your job, or ostracized in society are not uncommon occurrences.

In Europe, we must overcome the abusive relationship Europeans have experienced with religion

We must “re-present” Jesus. Europe is scarred by religion. After hundreds of years of moral and financial corruption, rampant sexual abuse, sectarian divisions, religious wars and fundamentalists’ rejection of science and reason, the typical European has concluded religion is not only irrelevant—it is the problem.

The 10 most gospel resistant people groups in the world are in Europe. Yet, we labor with the call that 750 million people deserve to hear the gospel.

In many ways, Europeans feel like an abused woman who has finally broken free from the chains of her abuser. When we tell Europeans about Jesus, they think we are trying to bring them back into that abusive relationship. We have to overcome their experience with religion in order to introduce them to Jesus Christ—the Jesus they think about is not the Jesus we are talking about.

We must overcome prejudices about Europe

I often hear comments like, “I wish I could be a missionary in France, Italy or England,” as if serving in Europe is a permanent holiday. Missionaries serving in Europe must endure this prejudice. Sure, we have Wi-Fi and good food. But we did not go on the mission field with Foursquare Missions International for those things. We went because Jesus called us. We went to reach souls. We are broken over the hardness of this continent we love so deeply. We serve Europe in the hope that someday others will get to enjoy the fruit of our labors.

Europe is hard and expensive

Missionaries in Europe today may not face the threat of death. But they do face years of plowing fallow ground and being assessed by supporters back home who wonder why there aren’t more results. We don’t get big crowds in Europe. We are plowing hard, fallow ground here. We get to celebrate the ones and the twos who come to faith in Jesus, knowing that someday Europe will be a fertile field again. We are plowing and planting for that day. The 10 most gospel resistant people groups in the world are in Europe. Yet, we labor with the call that 750 million people deserve to hear the gospel.

Yes, being a missionary in Europe has its challenges, but I would not trade places with anyone anywhere for any reason. Does something inside you stir when you think of reaching some of the most gospel resistant people groups in the world? If yes, perhaps you should join me, because the harvest is ripe, and the laborers are few.

See what kind of missionary workers are needed in Europe and consider the call to go to the mission field with FMI. 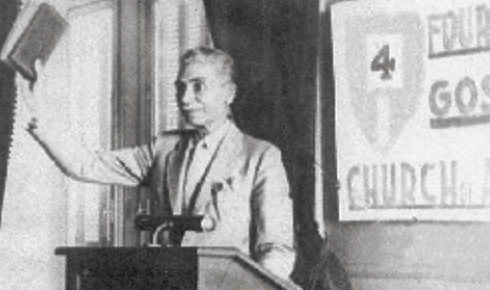 My grandparents were Foursquare’s first missionaries to Europe 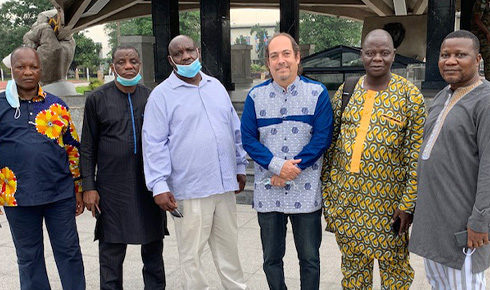 Central Africa is experiencing a new move of God

There’s always a silver lining for the church with God