Southwest District Supervisor Kimberly Dirmann is stepping down from her district leadership role to follow God’s call to mobilize young adults as she opens new campuses out of The Rock (Anaheim Foursquare Church) in Anaheim, Calif., where she will remain as the co-pastor alongside her husband, Jerry Dirmann. She will hand over the district reins to her successor in May 2016, in a strategic transition process.

As district supervisor, Kimberly has overseen more than 150 Foursquare churches in Arizona and parts of Southern California, Nevada and Utah since 2009. In a video greeting explaining the move to Southwest District pastors and ministers, Kimberly said that her decision came as she looked ahead prayerfully to 2016 and “knew by the direction of the Holy Spirit that I needed to begin to initiate transition from being the Southwest District supervisor.”

The change is “not because there is anything wrong, it is not because I am burnt out or worn out or frustrated or discouraged,” she clarified. “As a matter of fact, these have been the most incredible years, and we have truly seen God restore and renew, and He is setting us into an incredible season of fruitfulness … the only reason why I am walking away is simply because I know that God’s grace is leading me in a different direction for this coming-up season.”

General Supervisor Tammy Dunahoo accepted Kimberly’s resignation “with great sadness and yet affirmation of her decision,” Tammy explains. “I am saddened because of my deep love and respect for Kimberly, and the joy I have had to serve with her these past six-and-a-half years. Yet, we affirm her decision because of our trust in her discernment to hear the voice of the Lord and our respect for her commitment to obey what He says.”

Kimberly has served the Southwest District “with distinction,” Tammy affirms.

She adds: “A strong culture of care and honor has been established, leaders have been trained and encouraged, and churches have been revitalized and multiplied. The district is unified and ready for an exponential season of multiplication. The exciting news is that Kimberly will be part of that multiplication as she envisions opening new campuses out of The Rock that will train and release a tremendous harvest of young adult leaders into the church and marketplace. She will also continue to champion our NextGen efforts with the district representatives.”

Kimberly’s 25-plus years in ministry include local and national church youth ministry, helping found The Rock—which since 2000 has grown into a multi-language, multi-congregation church with campuses across Southern California and in Michigan and Florida—and serving as a director of Foursquare Women International. She and Jerry have been married since 1987 and have two children, Alexa, and Jonathan (married to Marlene), and are expecting their first grandchild in December.

In an inspirational message at Foursquare Connection 2013, Kimberly urged Foursquare leaders to ensure they maintain a simple devotion to God, from which ministry should flow. “Titles will come and go, and people in our churches will change,” she said in her message. “If God said to you today that your assignment is complete, you are done, be with Me, would your soul leap with excitement?”

The search for Kimberly’s replacement begins this month, with the district council and area pastors meeting in December with national leaders to help prepare a list of potential candidates, three of whom will be interviewed in January. The successful candidate will work alongside Kimberly in March and April, while she moves to part-time in May and concludes her service that month at Foursquare Connection 2016 in Honolulu.

“This is not easy on my heart because I have done this with my entire heart,” Kimberly stated in her announcement. “I have loved serving you pastors and leaders. It has been an incredible privilege, and one that I will forever be grateful for.”

Encouraging Southwest District leaders to engage in the process of selecting a new district supervisor, she said that the best season yet was coming: “Let’s wrap our arms around this plan that God has, and let’s jump in wholeheartedly, knowing that He is with us, and because He is with us, we are going to fulfill the plan that He has for us.” 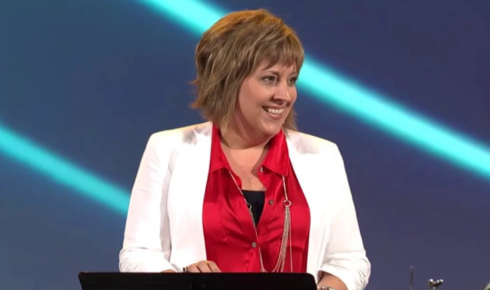 Video: Priorities of a leader’s heart with Kimberly Dirmann 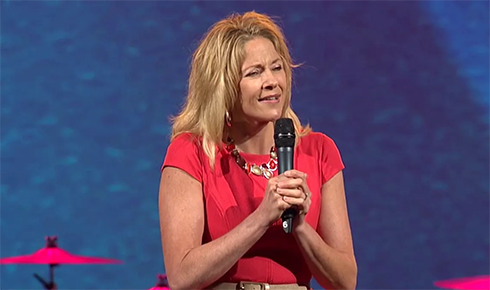