When Rigo Gutierrez showed up for services at Journey Church (Bakersfield Dayspring Foursquare Church) in Bakersfield, Calif., he had just left prison and still battled the drug habit that put him behind bars. 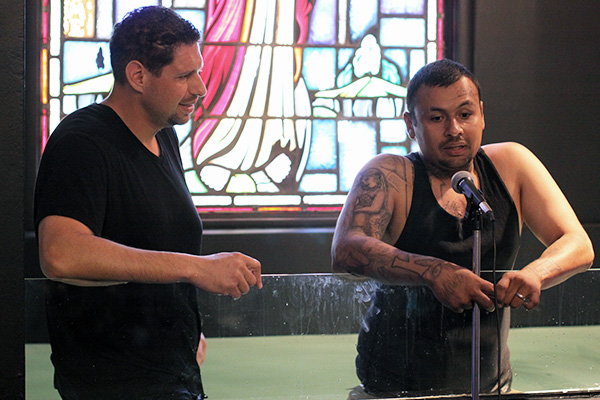 That service made an impression on Rigo and his girlfriend, Sonia. The next week they accepted Jesus as their Savior. Three months later, they got married and were baptized by the lead pastor of Journey Church, Elias Abdallah. Today the couple leads Journey’s food ministry, which twice a month distributes between 50 and 60 food boxes to needy members and visitors. Once a month, evangelistic teams take food to residents in their neighborhood.

“We have several stories like that,” says Elias, who reopened the church in February 2014. Journey exemplifies well Foursquare’s missional objective of church health and transformation. “I’m encouraged … We have so many families coming from the neighborhood whose lives have changed. We see tangible things happening.”

The rebirth of the Gutierrezes and others serves as a parallel to Journey itself, which last year was a shell of a building when Central Pacific District Supervisor Ron Pinkston met with Elias.

“He said, ‘We have a church you’d be great at, but there’s no people and no salary,'” recalls Elias, chuckling at the memory. “I took it because eight years earlier, when I was youth pastor here and my father-in-law was retiring, I felt God speaking to me and telling me I would be senior pastor.” 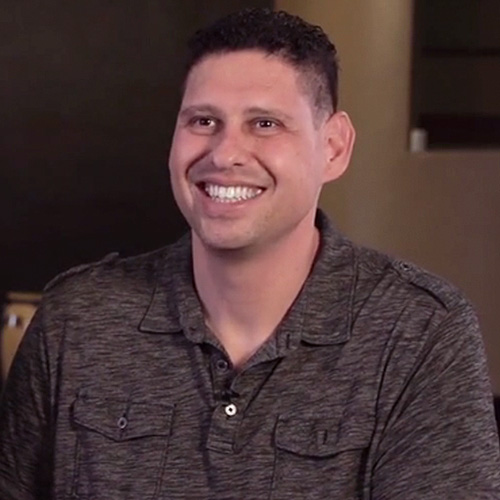 Elias Abdallah returned to the church where he first served as youth pastor to later revive the community as senior pastor.

However, that offer didn’t come; today Elias admits he wasn’t ready. He left the church to become family life pastor at Bakersfield Assembly of God. He says all the counseling and responsibilities of his position there ultimately prepared him to come back and lead Journey.

Unfortunately, in the interim, the church, then called Dayspring, had experienced pastoral troubles. By the time the most recent one had departed, fewer than a dozen people were attending services. Despite the problems, Elias went to examine the church, located about a mile south of downtown Bakersfield. On the day he did, his jaw dropped. Three people experiencing homelessness were living in the rundown building. Vodka sat in the kitchen’s refrigerator, and there was obvious evidence of drug activity elsewhere. Holes dotted the roof.

He still shakes his head in amazement over what transpired next. Elias says when several church members realized he and his wife, Stephanie, were serious about reopening the church, they volunteered to be part of the leadership.

“I say God orchestrated it,” he affirms. “Everybody had a skill set. They knew how to work on a roof, or do stucco, painting, landscaping or electrical work. Everybody went to work. We turned things around in two weeks. People saw it was different. You can say it was new grass, new stucco or a new name that drew them—or the Holy Spirit.”

Initially, between 80 and 100 people came to a sanctuary that seats about 250. Today Journey averages 175, with an all-time high attendance of 275 at its one-year anniversary service last February. Approximately 150 people have made first-time decisions for Christ in the past 19 months, with about a third of those being baptized at Journey.

To rebuild the congregation’s infrastructure, Elias and Stephanie started hosting leadership meetings at their home every other Monday night. On Wednesday nights, the pastor leads a month-long teaching series on such topics as marriage, parenting and finances. In September, Elias will initiate a series on recognizing and using your spiritual gifts. 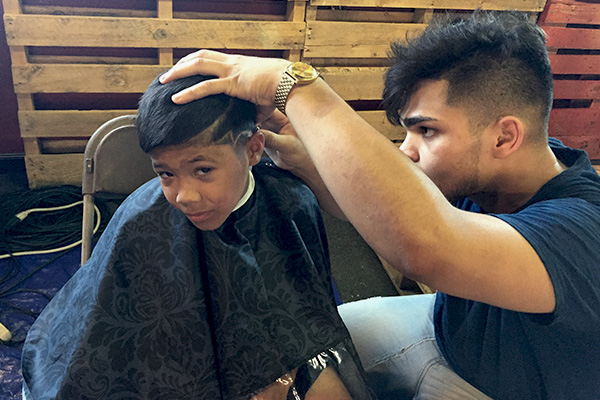 Community service is an integral part of the church’s ministry. The most recent example was the “Back to School” festival on Aug. 1, which attracted about 500 people. Volunteers distributed around 250 backpacks filled with school supplies, and five barbers and seven beauticians were on hand to offer more than 70 free haircuts. The day included a barbecue lunch, carnival games, cotton candy and face painting, and such door prizes as bicycles and scooters.

“At first I wanted to call the church The Lighthouse because it would be a lighthouse for an area full of drugs, prostitution and poverty,” Elias says. “But people said, ‘That’s old.’ So we called it Journey, because we’re always on a journey.”