While much of the attention of the world’s media has turned away from the ongoing conflict in Syria, the crisis’ resulting refugee flood continues to create a huge need for resources and care—and provide an ongoing opportunity to demonstrate God’s love to many who have heard little of the gospel. 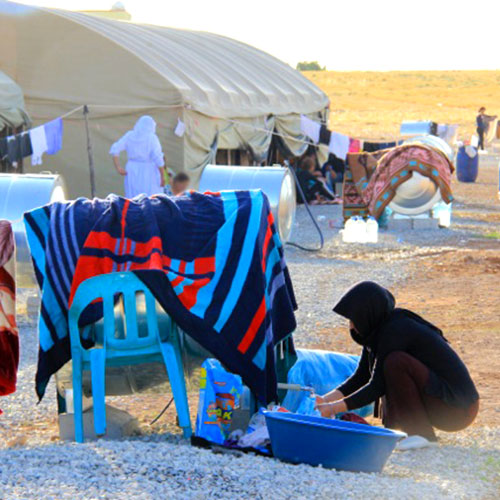 Foursquare church members and affiliates in one Middle Eastern country neighboring Syria are continuing to respond to the crisis with practical help and personal concern, providing crucial ministry to some of the 2 million-plus who have fled neighboring Syria in the past few months.

With a $25,000 emergency grant from Foursquare Disaster Relief (FDR), Christian relief volunteers have handed out tents, blankets, medical and sanitation supplies, and basic foods to some of the refugees. Delivering the vital materials opens a door for Foursquare representatives to visit with those in need, and express their concern and sympathy.

The number of refugees continues to swell, stretching government and relief organization resources to a breaking point. Many of those who have fled left all their belongings behind. Not all have been able to find room in official refugee camps, instead trying to secure their own living situations in surrounding areas. With winter approaching, there are fears that some of the makeshift shelters people are living in will not be enough to withstand the cold, according to Foursquare workers in the area. 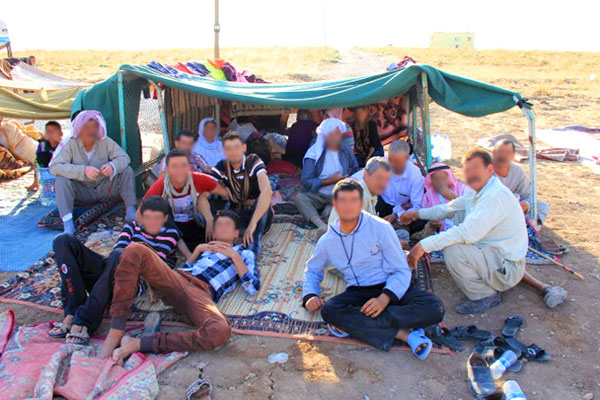 Foursquare Disaster Relief has helped to provide for many Syrian refugees, relocated throughout the Middle East.

Meanwhile, in addition to requiring basic essentials, many who have arrived in the area are unable to find work to support their families, says Chad Isenhart, FDR international operations chief. Having visited the area recently to deliver the FDR funds, collected from Foursquare supporters, he has kept in close contact with those distributing the relief supplies.

“What our Foursquare family members and partners are doing there is simply fabulous,” he reports. “They are doing amazing ministry to the whole person, physically and spiritually. They have been able to visit families, walk into their homes, talk, share resources and pray with them. It is ministry to people in need unlike I have seen in other parts of the world.” 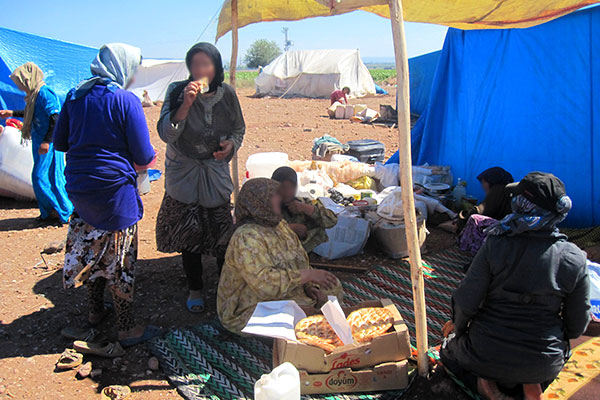 Foursquare members are helping to care for many refugees’ physical and spiritual needs.

In one report from the area, a Foursquare team member notes that more than half the refugees pouring over the border were children. He appeals to Foursquare members to join him in praying for the safety of those fleeing, that God would “protect them from dangers on their travels, and guide them to places where they can find help and rest.”

Recognizing that there were also many Christians among the refugees, the Foursquare worker adds: “When we look at history, we see that the church grows in the midst of persecution. We pray that God would grow His church in the Middle East.”

Foursquare churches and partners want to buy a plot of land close to one of the border towns, the population of which has been swollen by refugees, to provide accommodations for some of the most needy. They have raised a third of the $35,000 needed for the project.

Meanwhile, team members also have a very personal project in mind. They have raised $500 of the $2,000 needed to provide a new prosthetic leg for a teenage refugee girl they have befriended, along with her family, during their outreaches. She lost her leg during shelling in her hometown in Syria before fleeing the country.

“She has a real hard time walking because the prosthetic she is using now is much smaller than it should be,” says Chad, who met the girl during his trip. “She hobbles around and makes do with what she has without complaining. She is very resilient and positive, but it’s a difficult situation we would like to be able to improve.”

In addition to praying for the ministry in the area, Foursquare members can give to help FDR fund further activity there, including “food, medical help and potential housing, if we can get to that,” Chad adds. “There is huge opportunity there for us to be able to minister and really help people.”