Formerly independent Emerge Church is now part of the Foursquare family after merging with then 73-year-old Hanover Foursquare Church in Hanover, Pa. After Hanover Co-Pastors Kevin and Cindy Orewiler decided to step away from ministry, Kevin met Emerge’s pastor, Herb Reisig. Their lunch chat led to other meetings, with the churches combining in July 2019. Here, they discuss the transition.

Why did you decide to step down as pastors of the Hanover, Pa., church?

Kevin: In October 2018, Cindy and I came home, looked at each other and said, “I think we’re done.” We felt we had taken them as far as we could.

Cindy: It was the first time we were ever on the same page. Before, if one felt it was time to leave, the other didn’t.

Herb, how did you end up in Hanover?

Herb: I was ordained with Foursquare in the late 1990s and was youth pastor of a Foursquare church in Maryland. After a split, I ended up ministering in mostly independent churches and in another denomination. Emerge began in 2015 as a multisite campus of a Maryland church. We became independent in 2018.

What attendance did you average prior to merging?

Herb: We were in the 150-160 range. The bulk of our congregation was millennials with young kids. We met in a movie theater and saw a lot of unbelievers or people who hadn’t been to church in a long time and felt comfortable walking into a theater. Then COVID-19 came along, and we had to go to Facebook.

“Sometimes I think pastors who step down have a bunch of ideas about things they want to take place, but you have to let the new pastor lead. For Herb, we want to be the kind of people we wanted as pastors—supportive.” —Cindy Orewiler

What started the merger talks?

Kevin: We talked with the district prior to making our final decision. Then Herb called out of the blue; he wanted to meet other pastors in Hanover. At lunch, I didn’t tell him we were thinking of leaving. But when he said, “I’m looking for a covering,” I connected him with the district.

Herb: When I met with Tim May [then assistant supervisor of the Northeast Atlantic District], he told me about Kevin and Cindy stepping away. I said, “If there’s anything our church can do to support the transition, I’m open and flexible.” Some of it was legalities and talking through the plan. There were benefits but also a price. Although we still use Emerge, legally we ceased to exist and stepped into Hanover. The old Hanover got a modern church and music, and kids’ ministry, but had to give up its identity.

Has this been a smooth transition?

Kevin: Yes. I think we recognized pastoring wasn’t who we were, it’s what we did. We weren’t necessarily finished with ministry, but in that position we were.

Cindy: Sometimes I think pastors who step down have a bunch of ideas about things they want to take place, but you have to let the new pastor lead. For Herb, we want to be the kind of people we wanted as pastors—supportive.

Herb: Merging bank accounts was a headache, but it’s been smooth relationally. The folks who came to Emerge have enjoyed it. We’ll see the fruit later this year. Once restrictions are lifted, we are leaving the theater and going to the building. We’re going to renovate the church, which is going to change the way it’s looked for 30 years.

Herb: Besides renovations, we need to expand our parking lot; it has 22 spaces, and we hope to enlarge it to 60. Our building contractor is ready to roll, but parking has been slower because of government interactions. We were going to meet in the theater while renovations were going on, but the pandemic changed our plans.

Herb: I have to give major props to Kevin. He’s been very humble though this process. I can tell he still cares about the people he was pastoring and has been willing to go with change. He’s seen God in the midst of this.

Cindy: We came back to Emerge after a six-month absence because all the other places didn’t feel comfortable, and we want to see Hanover reached.

Kevin: Cindy is always saying we want to be people who finish well. It’s how we treat people and the way we serve Him that matters. This isn’t about us, it’s about the kingdom of God. 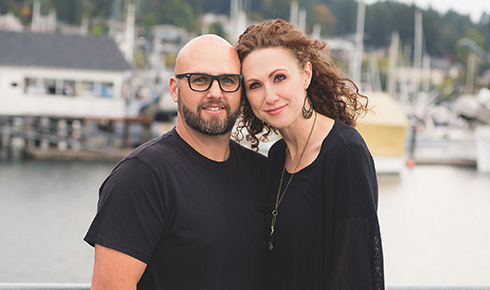 Being flexible to change so you maximize ministry 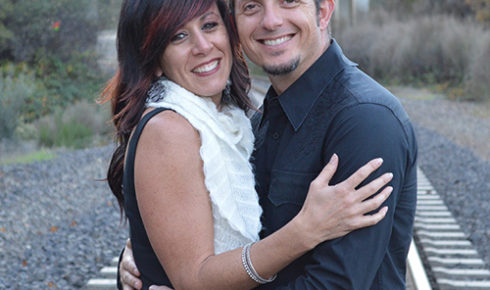 How one local Foursquare church is saving lives in Africa 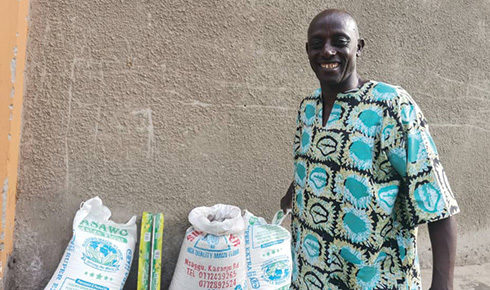