If Kelly Tshibaka had her way, she would be home helping raise five children and devoting more time to Mount Vernon Foursquare Fellowship (Mount Vernon Foursquare Church) in Alexandria, Va. Yet in early August, her ascent up the corridors of power in Washington, D.C., landed her an opportunity to serve as a senior leader in the Office of Inspector General with the U.S. Postal Service.

“God keeps wanting me to serve in government,” says Kelly, who started her career at the U.S. Department of Justice in 2002 and later worked as Counsel and Chief Investigator for the Office of Inspector General. “He keeps giving me crazy opportunities in my career. He has told me, ‘I’ve made you a Deborah. I’ve made you a mother to a nation.’ It surprises me that, in His plan, I’m more valuable to His work here than at church. People tell me things they can’t tell their pastor about.”

Despite her impressive job titles the past 13 years, the one she cherishes is co-pastor of Mount Vernon Foursquare Fellowship. She and her husband, Niki, planted the church in 2006 after mentoring from Daniel A. Brown, then supervisor of what was called the Capital District. Daniel had heard of their help with a Foursquare church plant in Cambridge, Mass., while both were attending Harvard Law School. He wanted to know if they would like to plant in the District of Columbia area.

“We were lawyers, not pastors,” Kelly recalls. “But he offered to take us out to dinner, and who can pass up a free dinner? Over the next four years, and many free dinners, Pastor Daniel intentionally discipled us to plant a church.”

Niki does most of the preaching, and handles such duties as overseeing the budget, providing spiritual counseling and coaching leaders through the licensing process. Together, he and Kelly have developed a variety of leaders. Among other things, they have been key in the Foursquare credentialing of 11 new pastors, sponsored seven new church plants and helped an architect become a fulltime missionary serving street kids in Haiti.

Still, her leading spiritual duty comes in the marketplace. Though emphasizing she avoids being obnoxious, she is still vocal about her Christian identity while at work. That includes leading discipleship groups at work, reading the Bible and discipling people. One of her disciples later resigned as a foreign service officer with the U.S. State Department to become a pastor on staff at a Presbyterian megachurch.

“I’ve led Bible studies and started Christian fellowship networks at work,” Kelly says. “I led two six-week studies at the CIA called ‘How to Study the Bible’ that were largely attended by non-believers.”

Indeed, Kelly feels her leading assignment is to pastor people at the agency where she works. An example is what happened the time she walked through the CIA on a break and made eye contact with a man. Feeling the Holy Spirit’s leading to talk with him, when she walked outside he followed. The man told her he was looking for a chaplain and felt he was supposed to talk to her. 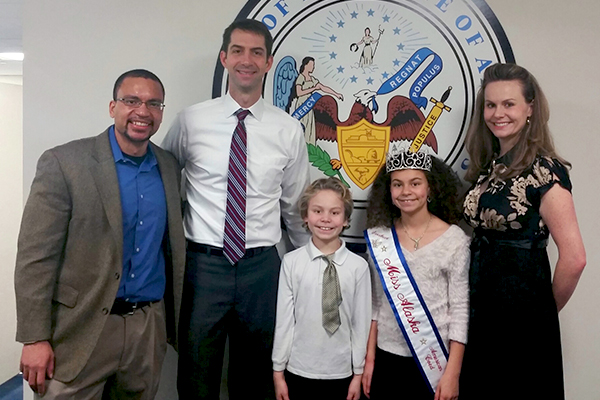 Kelly replied that she had experience talking to God. She suggested they sit down for 10 minutes and make notes of what they sensed the Lord was saying. At the end of that time, their notes matched. That gave him vital direction regarding a work dilemma, which would also affect his marriage.

Kelly sees “divine appointment” written all over such contacts. “One friend who was part of my ‘How to Study the Bible’ course is of another faith tradition and had always thought things about it were lacking,” Kelly says. “I was the first Christian willing to answer his questions about Jesus.”

Such stories show how God has His people everywhere, especially in the marketplace. Kelly thinks more believers should make their presence known.

“One other thing that surprises me is how few Christians at work are open about it,” she says. “That makes me sad. I’ve been attacked pretty brutally, so I understand why they remain silent. But I speak up anyway.”