Two dynamic Foursquare women, Norma Perez-Morin and Rosalinda P. Vint, have answered the call of being sent across Los Angeles and to other California locations to provide loving and Christ-like care for thousands of children raised in the foster-care system, from little babies to troubled foster youth who end up in the prison system.

Roughly 400,000 children under the age of 18 are in the U.S. foster-care system today, according to the Washington, D.C.-based Congressional Coalition on Adoption Institute. Amazingly, 20 percent, or 80,000 of these kids, live in Greater Los Angeles, an area that comprises numerous Foursquare churches as well as the central office.

Norma Perez-Morin, co-pastor with her husband, Javier, of Sycamore Park Foursquare Church in Los Angeles, closed her San Dimas real estate practice in 2013 to found the nonprofit Orphans Among Us. Today she networks with churches, government agencies and private organizations to place children in godly homes and train adults as foster parents.

“I’ve connected with 120 churches, and we are training 40 prospective foster parents and 23 people who are becoming mentors to older youth,” says Norma. “Our church has hosted orientations with [individuals in] county government, where more than 400 people have learned how to become foster or adoptive parents.” 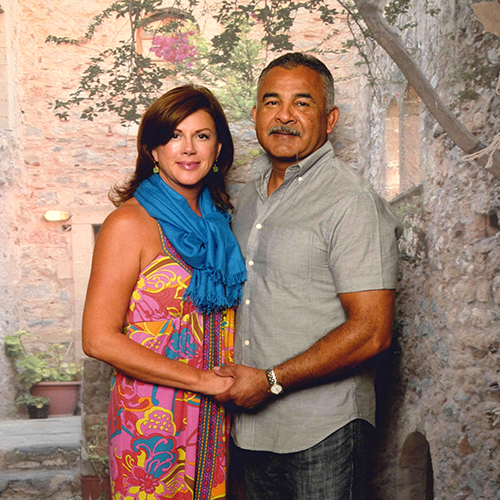 Norma Perez-Morin and her husband, Javier, have fostered kids, and their church has trained over 400 people about becoming foster parents.

Norma and Javier themselves have fostered numerous kids, offering them a loving sanctuary from an overburdened system. “On average,” Norma says, “a foster child will live in 15 to 20 homes between ages 9 and 18.” Such instability is linked to another bleak reality, she adds: “Nationwide, 75 percent of inmates and 80 percent of prostitutes have been through the foster-care system.”

Foursquare President Glenn Burris Jr. believes The Foursquare Church can lead the way in foster-care ministry. “When I met with Glenn and General Supervisor Tammy Dunahoo,” notes Norma, “they were moved by the statistics and want to see our churches change the numbers.”

Changing the numbers is the goal of Rosalinda P. Vint, an assisting minister at LightHouse Church (Newbury Park Foursquare Church), who left a corporate career to found the Newbury Park-based nonprofit Women of Substance & Men of Honor, Inc. (WOSMOH) in 2000.

“We work with kids ages 12-24 who have crossed over from foster care to juvenile justice or prison,” says Rosalinda, a former FedEx senior executive. “We go into juvenile halls and probation camps and some prisons in California to share God’s love and provide transitional and leadership classes for young men and women.”

Earlier this year, Rosalinda’s success with California’s troubled youth led to an invitation from the White House to meet with President Obama. Accompanying her was James Anderson, a former San Quentin inmate discipled through WOSMOH who today is program coordinator for the California nonprofit ARC (Anti-Recidivism Coalition). 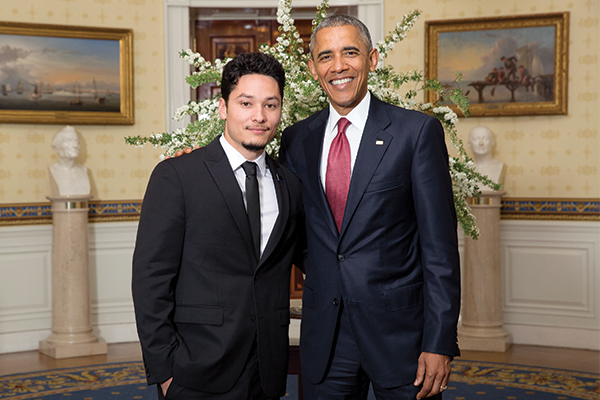 James is one of more than 3,000 young people Rosalinda has reached through WOSMOH—though she views each as being equally important. “I don’t see them as a number,” she says, “but as a person with a heart.”

Rosalinda herself grew up in foster care, in Los Angeles County, where she suffered physical and sexual abuse. Yet she succeeded in life partly due to her last two foster parents, a vibrant Christian couple who demonstrated unconditional love for her.

“I can relate to the feelings of abandonment and loss of hope these kids have,” she says. “None of them woke up and said, ‘Today I am going to be an awful person.’ Many times they are hurting so badly they act out. My goal is—save one youth at a time.”

Involvement by churches and individuals is vital to successful foster-care ministry. If you would like to help, email Norma Perez-Morin or contact Rosalinda P. Vint through her website.