I first saw Yaseer Handall at Foursquare Connection 2014 in Dallas, when he and his wife, Monique, gave their testimony. I turned to my wife and said, “This couple is like us.”

What they were saying, and how God had led them to serve Native Americans, really resonated with us for native Hawaiians and Polynesians.

After convention, we’d planned a missions trip to the Hopi reservation in Northern Arizona with Jack Lankhorst, senior pastor of Christian Life Center (Arlington Foursquare Church) in Riverside, Calif. When we walked into the place where we would be staying, guess what couple we ran into? The Handalls.

That trip, and then later at First Nations Cry Out, we really got to know Yaseer. There are many similarities between Native Americans and Polynesians in their cultures, their way of thinking and their perspectives.

Yaseer came to Hawaii in January, and we started praying through what God wanted for Foursquare Connection 2016—being held May 30–June 2 in Honolulu—and the Lord gave us Ezekiel 37:9-10.

The next day we were talking, and I was thinking: “Man, we’ve got to do something. But what?” I knew Yaseer wanted to pray for the convention center, so while we were praying and meditating on the Ezekiel passage, I said, “Dude, we’ve got to pray to the four winds like the scriptures say.” 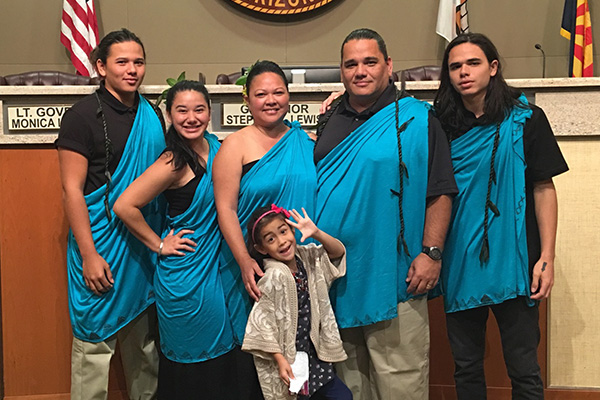 Sam Kapu and his family

This was the inspiration for what we did the next day with the video, praying over the four corners of Oahu. Speaking as a native, we’ve always had this feeling of inferiority. So I think this prayer was like saying: “No. We’ve been given this land. God purposefully allowed us to be born native to this place. He’s called us to breathe life back into these people who feel dead or forgotten.”

But I also think it’ll be a confirmation to different pastors that we’re not just alone on an island. There are pastors around the world who need to get together in dialog, pray about this and be united. 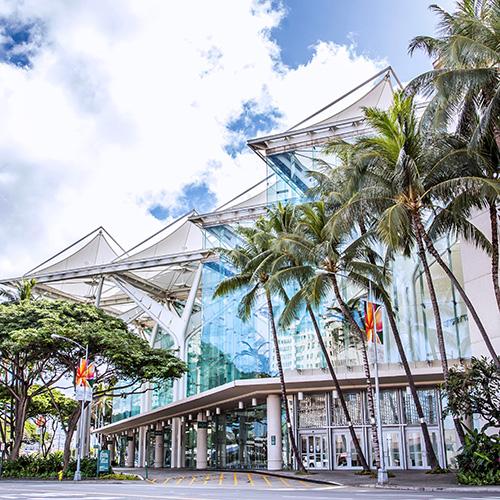 So, this is my prayer for Connection 2016 in Hawaii:

“God, I just thank You for this opportunity to really open up the seas as You bring so many people to our island in the middle of the Pacific. That you will isolate us here to symbolically separate and sanctify ourselves from the busyness or preconceived perceptions about You and Your kingdom.

“Open our eyes and the ears of our hearts to hear You clearly. You spoke to Ezekiel, and we’re asking that You breathe into areas of our lives that we thought were dead—culturally, spiritually, mentally, emotionally—that You breathe life into these slain, these dry bones. That You not only raise up these areas in our lives, but raise them up in unity with others.

“So Lord, bring about a breakthrough, a new understanding, and a new revival that starts with us and in our hearts individually. Let us see with new eyes, let us hear with new ears, the vision that You have for Your kingdom. In Jesus’ name, amen.”