My West African ancestors were musician warrior priests. When the tribe went into battle, the musician priests would go out first to clear the battlefield of evil spirits.

Then, in the 1800s, the tribe was converted by Methodist missionaries. My grandfather was an organist for the Methodist church in Accra, Ghana. This legacy of music is in my family’s DNA.

I was always interested in the creative process of music. I started piano when I was 4, learned the drums at 9 and picked up guitar at 12. As a child, I used to sing in the choir at church. But I never heard the gospel. I wasn’t an atheist; I just thought God was busy with His administration of the universe.

When I was 15, I got this job on Tin Pan Alley in London. I met Reg Dwight, who was 16 at the time and would one day be known as Elton John. We later played together with the band Bluesology. 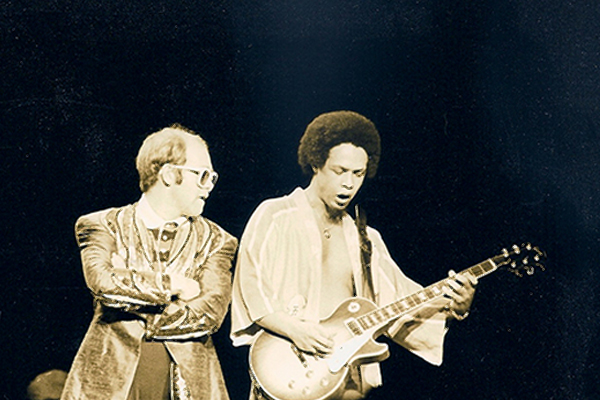 An accomplished guitarist, Caleb Quaye (right) played in a band with Elton John.

Fast forward to age 33. I met Chester Thompson while he was working with Phil Collins. We were both professional musicians, but he wasn’t going crazy. He had a peace and solidity about him. And I thought: “This guy and his wife got something. Whatever it is, I want it. I need it.”

One day in 1982 he called and said: “Why don’t you come to church today? It’s Easter.” I’d tried everything else, so why not church? I wasn’t looking for Jesus, but I was looking for answers.

When we got there, I thought, “This can’t be church.” You see, the church I grew up in was from the 12th century. The pews were old; the stained glass windows were old. People were pickled in religion.

So I walked into this Foursquare church—which happened to be The Church On The Way (Van Nuys Foursquare Church) in Van Nuys, Calif., where I now serve as worship elder—and people were happy and hugging each other. They had drums and a big Yamaha mixing console, and I thought: “OK, my friend Chester has brought me to a surprise gig. Any minute the Grateful Dead are going to come out and blow us all away.”

Then the band started playing, and I heard God’s voice: “Caleb, it’s time for you to come home to me today. I have a new life for you.”

Now here’s where I think things are changing a lot. For a long time, I think church has been oblivious to outside musicians. Back in the day, there was an intense sacred and secular division. But here’s the thing: The Bible says Jesus supped with the publicans and sinners. He probably heard some really good music and just maybe tapped His foot. And the sinners actually enjoyed Jesus’ company. 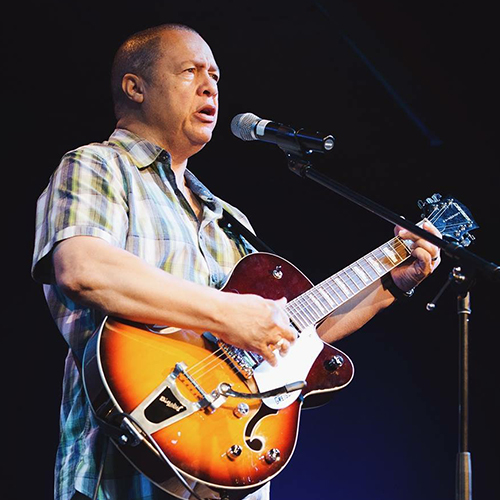 Today, Caleb Quaye is an ordained Foursquare minister and worship elder at The Church On The Way.

All this to say, church people need not be afraid to go and see a good musician playing in a bar or restaurant. And they can go up and say, “Man, you sound great.” Musicians love that because most of the time they’re thinking whatever they’re doing is falling on deaf ears unless there’s thunderous applause. You don’t even have to talk about church; just strike up a relationship.

For those who are musicians, a lot of people say what you do is what you are; but that’s not true. What you do is out of who you are. When you make a mistake—and you will—all you have left to stand on is who you are with God.

God didn’t save me because I was a great guitar player. He saved me because I’m created in His own image, just like you, and He’s never given up on that. In the end, what defines you is a simple question: What does God think about you?

Read more about Caleb’s testimony in his book, A Voice Louder Than Rock & Roll. He’s also working on a documentary, and his instrumental worship album, Devotions, is available on iTunes. Visit his website for more information.
ShareTweetEmail
Caleb Quaye once played guitar with Elton John. Today he is an ordained pastor and a worship elder at The Church On The Way in Van Nuys, Calif.
Advertisement