When I moved to Los Angeles, I was in a season of transition. I had just ended a three-year relationship, I had just been laid off, and I had been living in my grandmother’s house in Orange County, and she had recently passed away, causing tremendous grief and also necessitating that I find somewhere new to live. 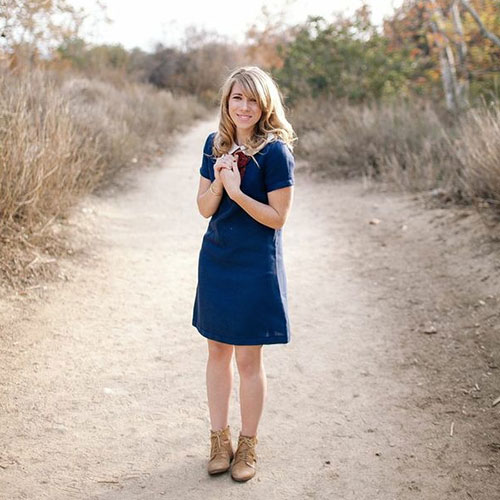 Within a few months, God cleared the slate in my life and dropped me in Los Angeles. I moved in with my brother and his wife temporarily and began going with them to their church, Christian Assembly (Christian Assembly L.A. Foursquare Church) in Eagle Rock, just a few miles north of downtown L.A.

And so what began in a transitional phase of life soon became part of my regular routine and the center of community in my life. Christian Assembly was unlike any church I’d been to; the people were genuine and warm, and really wanted to know me. I soon got involved in a life-group and then started serving at the church’s café after Sunday night services. I met a girl who would become my roommate for over three years at one of the young adult retreats in my first few months at the church. I now live a mile from the church, and have been attending and serving there for over four years.

I have been blessed by the authentic community at Christian Assembly, and the vulnerability with which the church leaders and pastors live their lives. I’ve also been encouraged by the pastors who have prayed for me, supported my passions and given me counsel on how to tackle problems that have come up.

One thing I love about Christian Assembly is that it is concerned with the world outside the church walls. Personally, I have a passion to see an end to human trafficking, and it’s great to know my pastors are also concerned with this global issue. Girls around the world are being sold like products, and ever since I first learned about this, years ago, it started a fire inside me, and I’ve felt I have to do something about it. 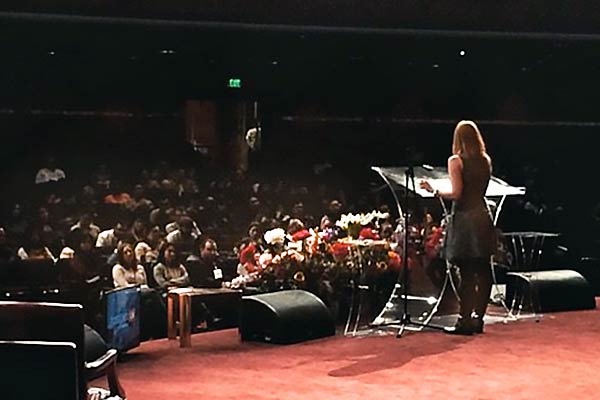 When I started hearing about slavery and sex trafficking, I naturally looked at my skillset and talents for a way to engage. The problem was, my interests didn’t seem to line up with making a difference. I’m not a social worker, lawyer or psychologist. I’m someone who’s interested in fashion, trend analysis, wordplay and blogging. My interests felt shallow in the grand scheme of things. For years, I felt powerless and thought there was nothing I could do.

In 2009, everything began to change, and I didn’t even know it. I was bored and came up with the idea of wearing a dress every day for a month. When I realized the next full month was December, the name “Dressember” came to me and, because I love words, the deal was sealed.

So I did it; I wore a dress every day for a month. And never planned to do it again. The next year, a handful of girlfriends brought it up and wanted to do it with me. So we did. By the third year, women I didn’t even know were participating in it, and I thought, “OK, people aren’t just humoring me; this is a good idea.”

And then I saw what the Movember campaign was doing, raising millions for prostate cancer research through men growing mustaches in the month of November, and I thought, “Maybe I can use this to raise some money for anti-trafficking.” So, in its fifth year, 2013, I aligned Dressember with International Justice Mission and decided, “We’re gonna go big, we’re gonna aim high, we’re gonna try to raise $25,000″—which was a huge, scary goal.

And then we hit my huge, scary goal on the third day of our campaign, and what had started as a few girls wearing dresses for fun became a community of over 1,200 women in 32 countries who collectively raised over $165,000—over six times my original goal. Last year, we doubled our participation at over 2,600 women registered, and nearly tripled the funds raised, at over $465,000.

I realized something that started as a silly idea, born out of boredom, had become a global movement. I started to realize the power of an idea.

God is unfolding an incredible adventure in my life, and it’s been so encouraging to feel the support and prayers of my pastors. One of my pastors is also a member of my board, and has helped in countless ways to shape the nonprofit foundation that Dressember has become. I feel so blessed to see how God placed me at Christian Assembly, alongside people who want to know and support me as I pursue His heart.

ShareTweetEmail
Blythe Hill is founder of the Dressember movement and a member of Christian Assembly Foursquare Church in Los Angeles.
Advertisement