Emergency relief funds from Foursquare churches in the United States have been providing critical aid to some of the victims of the April 25 and May 12 earthquakes that rocked Nepal—and could help open a long-term door in areas traditionally resistant to the gospel. 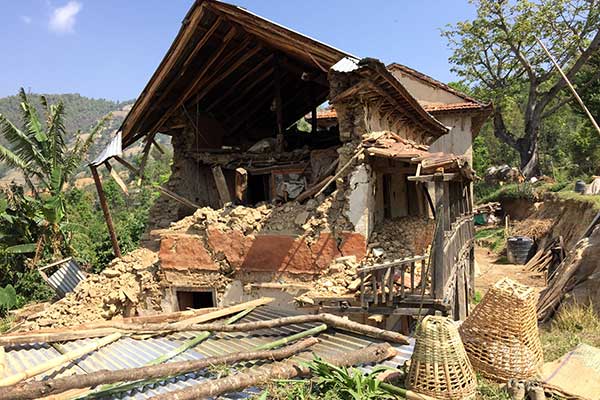 Funds donated by U.S. Foursquare churches are helping those affected by the devastating earthquakes in Nepal.

Foursquare ministers, church leaders and lay members have been busy caring for some of the injured in Foursquare “mercy centers” in the capital, Kathmandu, and nearby Dhulikhel, closer to the epicenter of the 7.9 magnitude earthquake in April that claimed around 8,000 lives. Foursquare Disaster Relief (FDR) has paid for more than 40 urgently needed surgeries.

Volunteering alongside over-stretched government medical hospital services, the Foursquare teams have been providing after-care to some of those treated and discharged for lack of space in hospitals. As well as providing basic medical supplies, food and water, they have been comforting those who have lost loved ones and homes. The mercy centers are part of Foursquare churches’ long-term ministry in the area, providing practical help to people in need.

“The hospitals were overwhelmed, and so our Foursquare family stepped in,” says Chad Isenhart, international operations chief of Foursquare Disaster Relief (FDR), on his return from delivering urgently needed supplies and assessing long-term needs. “Within three hours of the earthquake, they were in the hospital, holding people’s hands and being there with them. Through that they have been able to minister and pray with them.”

Chad shares how Foursquare workers were able to help a young girl named Salina, who had been crushed in a house collapse that caused multiple injuries. She was dug out from the rubble by her grandfather, who then transported her by motorcycle two hours to Kathmandu, to seek medical attention.

“Our family stayed up all night caring for her, as she was in so much pain she screamed much of the night,” Chad reports. “She began to get medical care, and is doing much better now.” 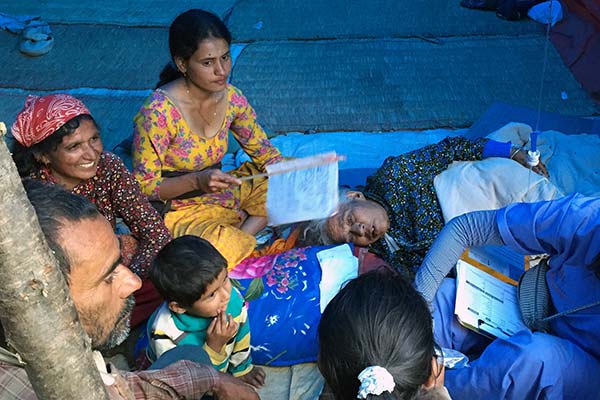 While Foursquare volunteers delivered IV fluid to this 79-year-old woman, Foursquare ministers shared the gospel in the next tent.

Having witnessed how the Foursquare volunteers helped his granddaughter, the Nepali villager then asked them to return with him to his rural community, to offer aid to residents there who were unable to make their way to the city for help.

Among those needing help in the mountain village they visited was a 79-year-old woman who was severely dehydrated, having gone without food or water for several days. Nursing staff who treated her said that without the IV fluid brought by the Foursquare team, “she would probably have died very soon,” Chad says.

With monsoon season due to begin in a few weeks’ time, there are fears for the many who have been left homeless by the disaster and are currently using tarps as temporary shelter. In many rural communities where they practice subsistence farming, efforts to salvage or repair homes have kept people from gathering badly needed food supplies.

The long-term challenges mean there is an ongoing need for financial and practical support, says Chad. He plans to coordinate a meeting at Foursquare Connection 2015 in Anaheim, Calif., later this month, for churches interested in being part of the ongoing FDR response. In addition to construction crews building new homes, physical therapists and counselors could be deployed to help. 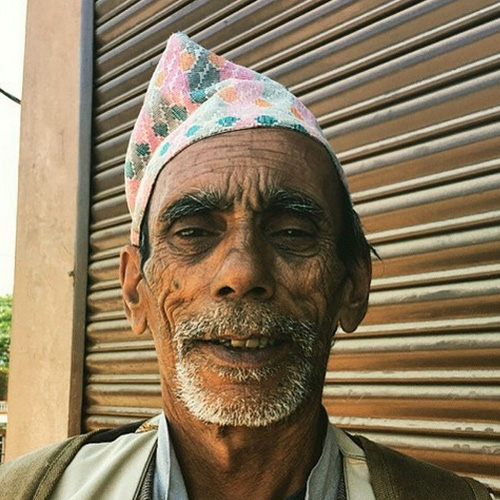 After Foursquare helped his granddaughter, this man named Ram invited the team to his village, giving an open door to show God’s love to others.

The visiting teams could walk through the unprecedented “open door” into areas where taking the gospel has been hard in the past, explains Chad. “There’s a tremendous opportunity to meet needs and minister to people in a way that can build relationships and pave the way for sharing the gospel and seeing people come to the Lord.”

Chad’s hope is echoed by Dan, one of the Foursquare ministers overseeing the mercy center efforts that have seen workers partner with members of an international medical relief group to provide care.

“Patients’ lives are in the balance,” Dan says. “If we step up to the need, then God is going to meet that need through us, and we can introduce them to the love and the grace of Jesus Christ.” He also thanks other Foursquare church members around the world for the “massive amount” of prayer and concern.

“There is real healing that’s happening in the love internationally that is being shared right now,” Dan affirms. “Knowing that our brothers and sisters and partners around the world are part of this brings us such a tremendous amount of confidence as we move forward.”

More funds are needed to supply extra medical resources, food, water, blankets and bedding, and to help pay for rebuilding homes in some of the most badly affected villages. Appealing for support for the FDR fund, Chad also asks for prayer that aid would be able to get to where it is most needed, despite the damage done to communication and transportation systems.

Chad says Foursquare churches should also pray against “a spirit of fear that is starting to creep in” among some people living in outlying areas, who are concerned that badly needed help may not reach them.

Donate to the FDR Nepal fund →

Email Chad Isenhart for more information about the Nepal response meeting being planned during Foursquare Connection 2015 in Anaheim.