Chris and Laura Dakas always had a heart for missions. Chris’ father had come from a village on the Greek-Albanian border, so they had roots in the region and thought they would serve there. When Albania’s communist government fell in 1991, however, they felt the call to serve this badly broken country.

The dictator who had promised many Albanians a utopian state was abruptly gone after crushing most religious practices and cultural traditions. All that was left was economic depression and spiritual darkness.

“When we first came into the city of Tirana [Albania’s capital],” recalls Laura, “there were other missionaries coming in and starting churches. But Chris and I wanted to find a way to practically help the people here as well as reach them spiritually.”

They bought an empty building near the center of town. Government agents had used it for spying on enemies of the state, and it had 500 phone lines but was otherwise undeveloped. With outside aid from believers in different countries, they were able to launch The Stephen Center, a multifaceted ministry they’ve run for 30 years that started as a printing press because the new government needed to print all of their statutes. They were able to hire a few people to help, and they also began printing Christian tracts.

The communists had forbidden any Bibles, religious pamphlets or books, so there was a real hunger in the churches to have these resources in their own language. A year after the Dakas had started the printing press, they opened the city’s first Christian bookstore.

“We wanted to be able to train young Albanian men and women how to work with biblical integrity,” explains Laura regarding part of their ministry goals.

Soon they opened Tirana’s first American-style restaurant; some of their new hires were believers, and some were not, so it was a good opportunity to share Christ with them and show them how He changes lives.

Today, The Stephen Center, which used to house the printing press and bookstore, hosts their restaurant and the bed-and-breakfast they launched most recently, which gives them open rooms for English lessons and Bible studies or even church services.

“When we first came into the city of Tirana, there were other missionaries coming in and starting churches. But Chris and I wanted to find a way to practically help the people here as well as reach them spiritually.” —Laura Dakas

Because about 70 percent of Albanians identify as Muslim, it’s much easier to invite someone into the restaurant for lunch or a cup of coffee than it would be to invite them into an official church building. It’s a natural way to make a new friend, share their testimony and watch God change people’s hearts and lives.

Their mission has always been to seek out where God is moving next in this city, and that has often involved responding to people’s practical needs along with their spiritual ones. But yes, there have been times of stress and being just plain tired.

“Occasionally, we’ve been tired,” Chris admits. “But the knowledge that The Stephen Center is God’s work and not ours allows us to take time away and rest. We don’t believe in taking credit for God’s work.”

Taking regular breaks and making sure to rest allows them to be ready when God opens doors to new opportunities.

“We were able to open four refugee camps in Kosovo and then, more recently, three apartments in Greece, which we named the House of Hope,” says Laura, noting how they offered these rooms to pregnant refugee women who were more vulnerable than most. Chris chimes in: “My advice is to never think there’s only one way to do missions. God likes working outside of the box.” 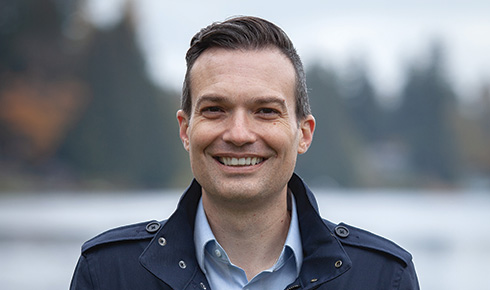 Your church can raise up missionaries 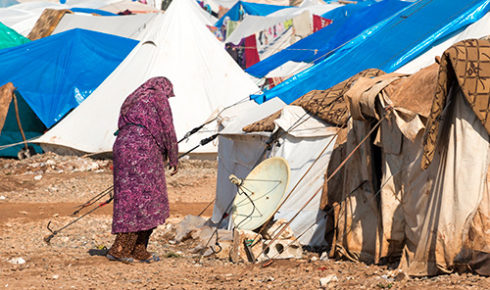 Foursquare is welcoming refugees around the world