Even the sweetest memories can fade after a time, but three Foursquare leaders have an ongoing reminder of a personal touch from God at this year’s convention—their daily awareness of physical healing.

Their experiences came on the opening night of the May 28–30 Connection 2013 gathering in Lake Buena Vista, Fla., under the theme “Engage: Learn. Live. Lead.” Sri Lankan National Leader Leslie Keegel brought a prophetic word of Foursquare’s key role in a global end-times harvest—and then shared several words of knowledge for healing. 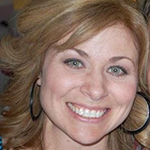 One of them was for Sunshine Eddy, who has served alongside her husband, David, senior pastor at Faith Center (La Grande Foursquare Church) in La Grande, Ore., for 11 years. She arrived at the conference still suffering from an auto accident that occurred three years ago.

As she drove along the highway to pick up her children from school one day, a service truck pulled out suddenly in front of her.

“It was like hitting a brick wall,” she recalls of her Hyundai Santa Fe T-boning the larger, sturdier vehicle. The torn ligaments and tendons healed in time, but Sunshine was left with lingering pain in her hips.

“I often needed to have them adjusted, or put back into place,” she says. “It caused a great deal of pain.” She often had take pain medication to cope, and doctors told her it was just something she would have to live with.

When Leslie Keegel gave one of his words about healing, “it was so specific that both my husband and the friends I was sitting with were sure it was for me,” Sunshine says. But she was a little fearful that she might be let down. The following day, a friend challenged her to walk in and speak out about her healing.

“I took what I knew was very biblical counsel,” Sunshine explains, deciding to visit two Orlando theme parks while there. “Both places truly tested my body with a great deal of jarring and force that would have usually left me in tons of pain. But I experienced none. I’ve only had pain once since convention—a huge change.” 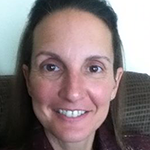 Edye Cripps, who for the past three years with her husband, David, has pastored a Foursquare church in Canada called Grace Community Church in Beamsville, Ontario, had been in pain for a couple of months when she arrived at Connection 2013. She had cracked some ribs because of a recurring bout of bronchitis that forced her to use antibiotics and an inhaler.

“I had trouble sleeping at night, and if somebody was talking to me from behind, I could not twist around to turn; I had to turn my whole body,” she explains.

When Edye heard Leslie Keegel refer to someone’s ribs, she turned to her husband, David, and said: “That’s me. I’m taking that. Thank you, Jesus.”

She immediately felt the pain disappear, and remains “super excited,” she says, having shared what happened with others since returning home.

“Everybody is excited for me, and excited about what Jesus can do,” she affirms. “I’ve shared it with non-believers, too, who don’t understand, but it’s another seed planted.” 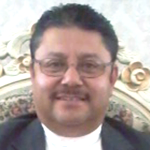 Orlando Cerna was sick as Convention 2013 began. The senior pastor of Emanuel Palabra Viva (Oakland Hispanic Foursquare Church) in Oakland, Calif., had been feeling progressively worse as he traveled across the country for the event. He had a burning sensation over his body, and it was hard to move about.

As the first evening session began, “all I could feel was the pain,” he says. But then, when he prayed with others at the close, “I felt this release,” he explains. “The strong pain just went away.”

Orlando felt so much better that he was able to enjoy the rest of the convention. Returning home on the weekend, he went to the local hospital just to have things checked out. When he described his symptoms, he was told he must have had shingles, which can take months to clear, but that they could find no trace or need for medication. He was back preaching the next morning.

“I felt so much better,” he says. “People were surprised to see me there, but the Lord blessed me and gave me strength. He was working in me.”

The accounts of healing have encouraged Foursquare President Glenn Burris Jr., who introduced Leslie Keegel to attendees when he brought his message.

“What an amazing demonstration of God’s healing power among us at Connection,” Glenn affirms. “We are thrilled with and thankful for the healings that occurred, just as we thank God for the strong presence of the Holy Spirit that attended all of our times of worshiping, fellowshipping and conducting church business.”

By: Andy Butcher, a freelance writer living in the Orlando, Fla., area