I don’t remember how old I was, but I vividly recall my mother marching me back to the old Big Bear Market in Los Angeles to pay the grocer for the 5-cent bag of potato chips I took from his store. Then, with telltale signs of salt and grease on my hands and face, she made me apologize for stealing the chips.

It was a life-lesson that will stay with me for the rest of my life. My mother, a first-generation Italian immigrant, didn’t know much about Western culture, and she only spoke Italian, but she knew right from wrong and wanted me to learn from my childhood lapse in judgment.

Growing up, we attended an Italian-speaking church on the corner of Avenue 22 and Broadway in downtown Los Angeles. I was a city girl from the beginning and never imagined what life would be like in rural areas of the world. Before long, I would travel to nearly every state in the U.S. and minister in 16 nations. Not bad for a city girl from an Italian immigrant family.

A friend of my mother’s invited us to Angelus Temple, and I remember Aimee Semple McPherson making room for us kids to sit in the front row during one of her oratorios, probably “The Bells of Bethlehem,” my favorite. Sister McPherson always went out of her way for the children, and that meant so much to me. It was one of the lessons I learned by watching her as she ministered. I never sat under her teaching during my training at L.I.F.E. Bible College (now called Life Pacific College) because she died when I was 12.

Life at home was not good during my teenage years, a fact that I rarely talk about publically unless it is with teens who themselves are going through similar circumstances. My father was convicted of child abuse and would spend the rest of his life in prison. During this time, my sister and I lived with two female Foursquare pastors who had a tremendous influence on our lives.

My sister married, and I began training at Pasadena City College to become a teacher. God’s call to reach children was clear to me from the beginning, and as far back as I can remember I was doing children’s evangelism and Vacation Bible School to help reach neighborhood children for Christ. Later, I served the Glendale Foursquare Church as Christian education director under Pastor Gayle Wood and honed my ministry skills with children even more.

David, my brother, was the father of two young children when his wife decided to leave the family. I interrupted my college education to become “mother” to his children for a season, and today I cherish those memories of “motherhood” to my niece and nephew as though they were my own children. 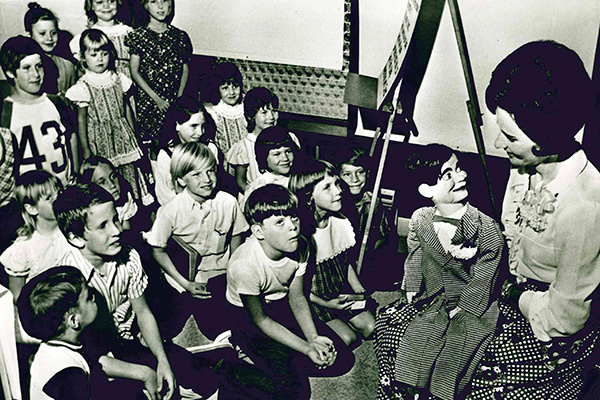 While still attending the Italian church where I grew up, teachers from L.I.F.E. visited our church to preach to the “younger” generation who spoke English. This is how I was introduced to L.I.F.E., where I would transfer and complete my college education.

It was during my studies at L.I.F.E. that I met and developed friendships with many Foursquare pastors and missionaries. Through these relationships, God opened countless doors for me to share Christ with thousands of people and, perhaps more important, to train thousands of children’s workers to do the same.

Sometimes I traveled with others, especially overseas, but much of the time in the States I traveled alone, driving for hundreds of miles never seeing another living soul. While I was driving in a rural part of Texas, a man started to follow my car, and I was sure he was up to no good. I found a little roadside cafe and went inside. The people there called the sheriff, who came to my rescue, even giving me a police escort until we were sure the man had given up his pursuit. I was never afraid back in those days; call it the boldness of youth, or the grace of God. I just wasn’t afraid.

One of my favorite international ministry memories was during an extended trip to the Philippines with my lifelong friend and Foursquare Evangelist Arleta Keck. Our missionary hosts, led by Foursquare Missionary Phil Starr, had assigned two young Filipino girls to travel with us as our guides to assist us with language and culture.

The four of us set out from the main island, going where apparently other ministry teams refused: to the outer islands that required travel either by very small airplanes or the crude outrigger pump boats that were propelled by nothing more than young men holding long bamboo poles that they would use like oars in the water.

The long slender boats sat low in the water, and Arleta and I, along with our two Filipino guides, settled into the bottom of the boat, clutching our suitcases for one of the wildest rides of my life. With each swipe of the bamboo poles in the water, the pump boats would lurch forward, tipping from side to side. The ride was jarring, and we were convinced the boat would capsize and dump us into the middle of the sea. I remember saying at the time: “This is it. This boat is going down!”

During the six weeks that we ministered throughout the tiny islands, Arleta and I prayed fervently that we would find other transportation back to the mainland at the end of our trip. We just couldn’t imagine another journey in the rickety pump boats. The local people told us about a large freighter that regularly passed by their island but said it never stopped and would be impossible to gain passage even if it did stop. We continued to pray.

The day we prepared to leave, the large freighter had miraculously anchored offshore from the very island where we were ministering. With no other way to get to the ship, one of the local men said he could take us. Perhaps we should have asked more questions, but we were sure God had provided an escape, so we asked the man to take us there.

Each of us was carried piggyback from the island through the surf to the waiting freighter. Once there, the crew threw over a ladder and one by one we climbed to the deck of the ship. A kind-hearted crewmember gave up his cabin so we would have a place to sleep during our safe passage back to the mainland. 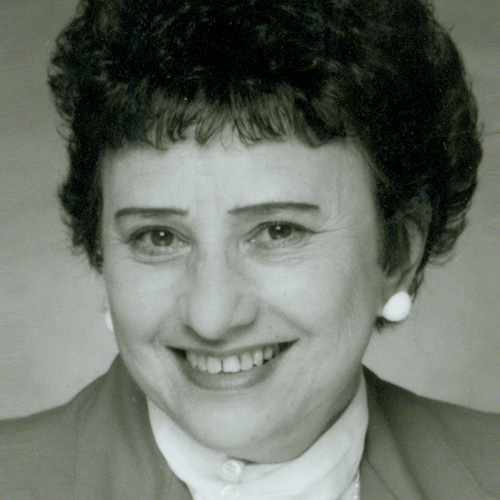 God answered our prayers. After six weeks of trusting Him and sharing Christ with the people in the outer islands of the Philippines, God provided a way back to the mainland.

I suppose not much has changed since those days of adventure and ministry, except that I probably couldn’t do nearly what I used to do. At 83 now, I try to act my age, but it is so boring—so I guess I’ll just be me and hope people understand.

Most of all, I think I am in awe of how God can take the life of a willing little girl and plan so many wonderful adventures and experiences. Children are still my passion, and I pray for future generations of Foursquare leaders to always remember the importance of children to the heart of God. They need to know Christ and grow up knowing God’s Word so God can use them, just like He was able to use me, even through the bumps and the trials of life.