When Carolyn Nichols’ husband, Ken, passed away in 2000 after the couple had co-pastored for nearly 40 years, Carolyn prayed a bold prayer: She asked God for the same double-anointing Elisha received after watching Elijah depart from this world.

“It was like something dropped from heaven,” Carolyn recalls.

In the months following that spiritual anointing, God gave the then 67-year-old pastor a sermon series from Psalm 23 and helped her cope with her longtime husband’s death. The couple had discussed everything in ministry and hosted weekly youth group home meetings during their two sons’ teenage years. So, the loss stung. 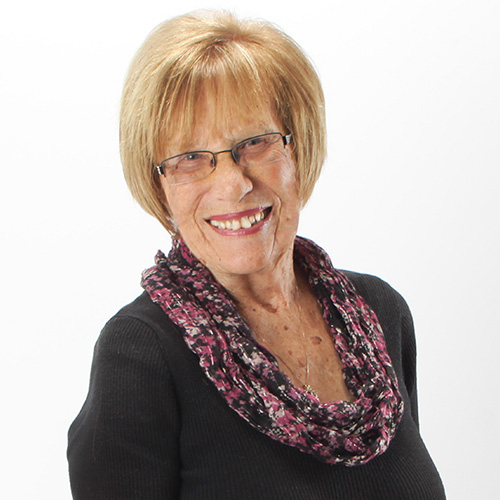 Yet, when people asked, “What are you going to do?” Carolyn replied: “I have a choice. I can curl up and die or do what God wants me to do. I have endeavored to do the best I can.”

She has done well, with the church growing 50 percent during her tenure. Her reputation for mentoring young leaders prompted an onstage interview at Foursquare Connection 2014 in Dallas.

“I love kids,” says Carolyn, now 81. “I have such a heart for them. I need to hear from them. I’ve learned they want to hear from me.”

Although Ken’s death didn’t change her leadership style, by observing her husband she learned the value of recognizing talent. He wasn’t afraid to use people as volunteers who didn’t yet have a strong walk with God. But he sensed those who were maturing spiritually. Today, Carolyn sees worship leader Rick Meza (whom Ken mentored) doing the same thing by including many young men and women on the worship team.

As Carolyn looks for talent, she relies on the Holy Spirit to direct her. For example, when the church needed a couple to lead the youth group 11 years ago, she sensed God telling her to ask Hector and Jochabed Gonzalez.

“I think leadership grows in a loving environment where people are accepted and affirmed.”

Unbeknownst to her at the time, at a Billy Graham festival the week before Hector had observed Southport’s youth wandering around during a concert. After learning they had no leader, the Holy Spirit whispered to him, “I’m calling you to be their shepherd.”

“Every time I need a leader, I pray,” Carolyn says. “I’m constantly amazed at the confirmation when I go to someone and ask, and they say, ‘God has been speaking to me about that.’ ”

Jochabed says their pastor has been patient with them while serving as a great example and teaching them the deeper meaning of ministry.

“Even though we didn’t know what would work and wouldn’t work, she was always there to lend her support and prayer,” says Jochabed, who also serves as the church’s part-time bookkeeper.

Rick has similar praise, saying that after 27 years at Southport he and his wife have never wanted to go elsewhere.

“It’s like she’s a magnet,” Rick says of Carolyn’s influence on younger believers. “It’s God working through her.”

In raising up leaders, Carolyn teaches them the importance of loving God and one another, saying that will enable them to love the world and minister to the unsaved. She also believes in the power of small groups, recently conducting an eight-week Sunday night couples marriage seminar. The women’s ministry sponsors small group discipleship events twice a year.

In addition, with a steady influx of newcomers because of its proximity to the nearby Naval Base San Diego (NBSD), Southport utilizes the small group format for Wednesday night Bible studies.

The leadership teams for each ministry are also small groups where Carolyn watches leaders emerge. Although she oversees progress, the pastor leaves the results in God’s hands.

“I think leadership grows in a loving environment where people are accepted and affirmed, and where their leadership is recognized and they are given an opportunity to express themselves,” Carolyn says. “My job is to help them recognize what God has placed inside of them.”