What can we in the U.S. do about the scores of refugees fleeing violence in the Middle East? A whole lot, if we think creatively, as two Foursquare kids in Southern California are demonstrating.

Like so many children do in the summer months, a couple of kids started a lemonade stand, but with a special twist—proceeds from the sales of their refreshing homemade drinks are sent to Foursquare Disaster Relief, which has been steadfast in supporting refugees in Turkey, Albania and Croatia where local Foursquare pastors are actively caring for refugees’ physical and spiritual needs.

Today, this little lemonade stand has started a kid’s movement called Lemon+Aide Stand. Foursquare churches and youth groups are invited to join and bring hope to refugees in crisis. We asked Lori and her son Arkin, and Heather and her son Christian, to tell us their story.

Q: Lori, what gave you guys the inspiration for Lemon+Aide Stand?

Lori: Last summer, Arkin had a lemonade stand with a buddy down the street, and he came home with $25 dollars from it. Later that day, he went over to Christian’s house, and when he came back he said that he wanted to give his money to the refugees.

I made sure that whatever I showed him I had watched or seen before so it was age-appropriate, but on the other hand I didn’t want to shield him from what was going on in the world. If he was curious, I didn’t want to brush it aside. 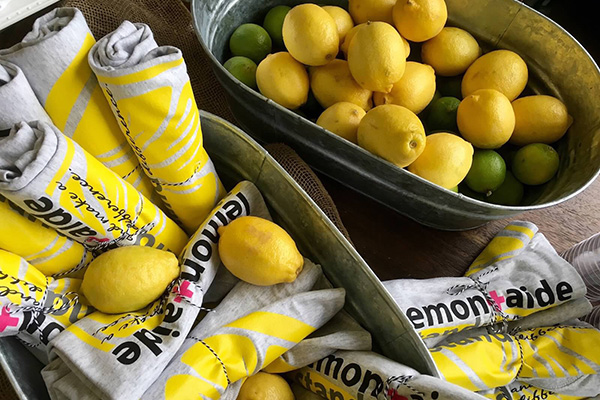 Once we told Pastor Gary Dunahoo about what we were doing, he was very supportive and wanted to include the children’s ministry, which was perfect. I never wanted this to be just Arkin and Christian’s thing.

We had members of the church coming along and helping us, making a video and setting stuff up. Other people wanted to help, and that’s what made it work. It wasn’t just Heather and myself trying to make this happen.

Q: Arkin, how did you first find out about the refugees?

Arkin: I was at Christian’s house for a sleepover, and his mom told us about the refugees and showed us a picture of a baby on the beach and the other kids. I wanted to help them a lot when I saw the pictures of them being attacked by people.

Q: If you guys could talk to the refugees, what would you say?

Christian: I would say, “We’re trying to help you.”

Arkin: I would ask them if we could take care of them, and they could come live with us.

Q: What would you say to people here?

Christian: You should help them, so they don’t have a bad day. If someone didn’t want to help them, I’d get mad. 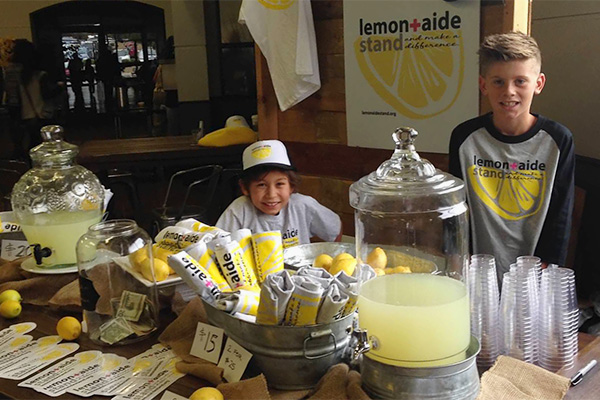 Q: What do you want to do to help them?

Christian: I want to get people to help them. Give them money and tents and water. All the things we have that they need.

Q: Heather, what are your thoughts about Lemon+Aide Stand now, almost a year later?

Heather: Our society is very privileged. We just spent all day at Little League games while so many children are struggling to survive. I struggle with this juxtaposition sometimes. Then I’m reminded that we’re called to help everyone in whatever ways we can. So while we try to help the refugees, I also need to have compassion for those right in front of me.

We don’t need to go to Syria to find a need. It’s not hard to just say: “Hey, do you need a coffee? Can I help with groceries? Do you need me to babysit or pick your kids up from school?”

With our own kids, we try to integrate generous living into the day-to-day. We should help people whether it’s a classmate at school or a refugee 3,000 miles away.