Justice Coleman doesn’t see himself as special. Yet Ministry Today magazine thought enough of what has happened at the pastor’s Los Angeles-area church to include it in a recent article that chronicled five of the nation’s fastest-growing—yet largely unknown—congregations.

Justice says three-year-old Freedom Church (San Fernando Valley Freedom Foursquare Church) in Chatsworth, Calif., originated with a group he and his wife, Maria, nicknamed the “No Christians Allowed Bible Study.” That’s because they only invited friends who weren’t following Jesus.

Even before Freedom’s launch, the group started a service project called “Laundry Love,” plugging quarters into laundromat machines each month to help out low-income residents.

“It took a few months, but before long God was moving so strong that people were getting saved, and we were baptizing them in pools,” says Justice. And, when laundromat customers asked if they were from a church, they dodged the question. “We weren’t technically a church, and we didn’t want them to feel like that’s why we were there,” he explains. 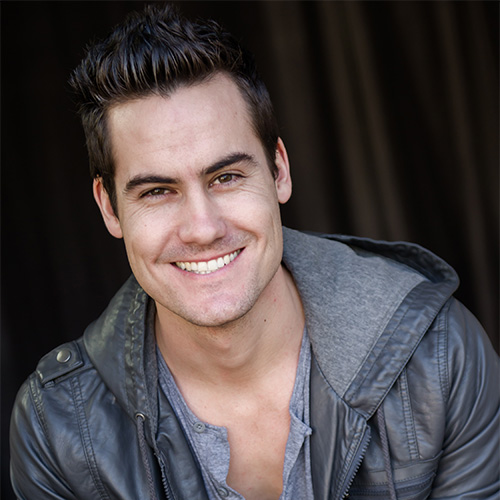 Finally, they formed a congregation, meeting in an Irish pub so they could provide a comfortable atmosphere for non-Christians. After a year, one service had multiplied to three, and the church moved to a school in Chatsworth. Growth has been steady ever since, with Freedom starting a second location in Highland Park last February; it meets on Sunday evenings.

Together, the two locations average 500 in Sunday attendance, although they saw more than twice that number on Easter, when more than 100 people made first-time decisions to follow Christ.

A significant percentage of attendees are volunteers, which reflects Justice’s practice of not requiring people to be Christians to take such a role. He believes true discipleship can begin before someone decides to follow Christ. As evidence, quite a few people have attended and served at Freedom for over a year before saying yes to Jesus.

“We are committed to creating a church environment where people can belong before they believe,” Justice says. “You’ve got to have people in your church who aren’t Christians if you’re going to disciple them. The question is: How do you take a non-believer to the next level? And then to the next level?”

In addition to the church’s numeric growth, Laundry Love (Justice got the idea from Foursquare Pastor Greg Russinger) has steadily expanded since 2011. Its eight sites act as a “no strings attached” outreach and represent a key method of training leaders.

“As a pastor, what makes me most proud is when I see our leaders prioritizing time with lost people.”

One of the key traits Justice looks for in seeking new leaders is their willingness to interact with unsaved people, something that fits with Freedom’s philosophy of serving the community.

The pastor uses other leadership training avenues, such as small groups (known as LifeGroups), mentoring sessions and workshops. However, Justice says they put more focus on discipleship than leading church ministries. The definition they came up with last year: A Freedom Church leader is someone who takes responsibility for his or her own discipleship and the discipleship of others.

“It’s just too easy to mistake participation for transformation,” Justice says. “Hopefully all the volunteering and serving is an excuse to grow friendships and discipling relationships.

“As a pastor,” he continues, “what makes me most proud is when I see our leaders prioritizing time with lost people. That’s why I’m grateful for our LifeGroup leaders, who are very much like the ‘shepherds’ of the church.”

Worship leader Brian Mondragon says Justice reminds him of Los Angeles Dream Center Pastor Matthew Barnett, because both demonstrate a heart for the lost, unique gifts and anointing, and inexhaustible passion. Brian has learned several key lessons from Justice, including the pastor’s emphasis on developing the mentality that leaders lead.

“It sounds so simple, but it can be easily forgotten when faced with adversity,” says Brian, who likes a mantra taught by legendary Christian basketball coach John Wooden: Leaders avoid whining, complaining or making excuses.

“If we could all be leaders that implement these basic truths in the face of adversity,” Brian asserts, “we’d have stronger churches.”