Foursquare’s theme this year is “Sent”—a concept not limited only to Connection 2015, but an action lived out by Foursquare leaders across the nation, every day throughout the year. In this exclusive new feature series, you will meet people in the Foursquare family who have been sent by the Lord to different places. Get ready to be inspired. 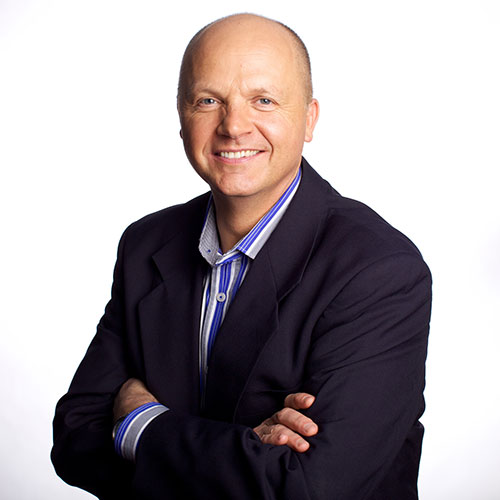 Nine campuses—including two in Michigan and a Spanish-language site in Florida. Twelve congregations total—four of which are Spanish-speaking, one Vietnamese-speaking, and two led by women. The common thread? “A Spirit-filled family sent by the Lord and equipped by His resources to bring the message of the gospel to our communities,” says Jerry Dirmann, senior pastor of The Rock (Anaheim Foursquare Church) in Anaheim, Calif.

Jerry is passionate about diversifying leaders and churches to reach a wider variety of audiences who are hungry for the truth. One of The Rock’s newest locations is in Miami, and it’s the first completely non-English-speaking campus for the church.

“Church planting and multiplying are not limited to English and its related cultures,” Jerry asserts. “However the Lord leads is what we’re excited about.” Launched in October 2014, the Miami campus draws more than 70 people on a weekly basis.

The Rock’s second- and third-largest congregations are Spanish-language groups, roughly 600 and 500 people, respectively. At the main Anaheim campus, these congregations partner with other groups that use the same space, creating mutually enriching relationships between people from various social and cultural backgrounds.

But Jerry’s idea of a leader doesn’t stop at those who speak other languages or who come from different neighborhoods; it also includes those often left out of leadership roles, such as women.

“As we prayed about who should lead some of our congregations, the Holy Spirit said the best ‘men’ for those jobs were women,” the pastor explains. “We don’t have an agenda to try to have women lead; we just follow the Spirit because we know we need everyone involved in the harvest.”

Jerry believes that Scripture is clear in Acts 2 when it says that both sons and daughters would prophesy. He believes Paul was clear when he said we are neither male nor female in Christ, and churches should not limit the power of the Holy Spirit that is within us all.

“Different genders, ethnicities and ages are all options for ministry leadership,” Jerry adds. “We all have the same empowerment in Jesus’ name.”

But how do all these different people thrive together and feel united under one mission? It goes back to being a Spirit-filled family that is profoundly committed to what God has sent it to do.

“If it is human-generated, we are on our own to fund it and accomplish it,” says Jerry. “But we have nothing to fear when we are sent by the Lord, and every person is thus compelled to do his or her share.”

Jerry trusts he will continue seeing The Rock congregations around the country flourish as their discipleship and commitment deepen together.

“When people are really transformed by the power of Christ, they aren’t looking to go anywhere,” he says. “It’s like Peter at the end of John 6 telling Jesus he won’t leave Him. That kind of life-change is both eternal and contagious.”