When it comes to being insiders in God’s kingdom, we often forget what it’s like to be outside of Christ’s grace, peace and love.

Jesus is opposed to excluding those outside our circle, as evidenced by a passage in Luke 9. After John told the Master they saw a man using His name to cast out demons, but told him to stop because “he isn’t one of us,” Jesus replied, “Don’t stop him! … Anyone who isn’t against you is for you” (Luke 9:49-50, CEV).

The unspoken message: “You tried to stop someone from delivering a person in bondage because they weren’t part of our group? You’ve got to be kidding!”

The disciples’ outlook reflects the flawed human nature that is still alive and well today. We saw it in Peter’s actions. Despite his amazing vision, his encounter with Cornelius and instruction of the Holy Spirit (Acts 10), even Peter drifted away from eating with Gentiles, which brought a rebuke from Paul.

This habit of ignoring outsiders contradicts the Lord’s example. In Luke 4, when Jesus first came to the synagogue, He enthralled the crowd with His wisdom and proclamation that He had come to share Good News and alleviate suffering.

But then He reminded them that, during a famine in Israel, God sent Elijah to the house of a widow from Lebanon. And, when leprosy filled the land, the Lord only healed a Syrian general. His point: He had been called to take the message of the kingdom to everyone—including those outside Israel.

That wasn’t a popular statement! Luke 4:29-30 describes the crowd getting enraged and dragging Jesus to a cliff on the edge of town so they could throw Him off (but Jesus slipped away).

Isn’t it interesting that the Israelites cheered Christ when He wanted to set the captives free, but grew incensed when He said this message would go outside the nation?

Nearly 2,000 years later, we seem to forget the significance of that encounter. We shouldn’t. After all, it took our nation until 1920 to trust women with the right to vote, and until 1965 to clear the way for full participation of African-American voters.

This struggle for voting rights illustrates a larger point: From what I’ve observed, there are three primary ways power is shared: (1) a revolution where leaders are overthrown (think of the French Revolution); (2) a reformation, such as the one inspired by Martin Luther; and (3) the kingdom way, where those with authority give it away.

Giving up authority goes against the grain of every worldly system. Yet it is the essence of God’s kingdom. Jesus said, in John 18:36, “My kingdom is not of this world” (NKJV).

To rephrase Jesus’ message in Luke 4:16-19, He was saying that He came to help people in these five areas:

The last point concerns Israel’s Jubilee, which took place every 50 years. It was God’s design for pushing the reset button. He knew that, over time, people would drift into putting others in prison, putting them in debt, enslaving them and taking their property.

Today, God is still calling His church to rise above human nature and build bridges with those outside the church so they too can be set free, so they can know what it’s like to find eternal life in Christ.

Statistics show that 93 percent of Christians do not share their faith with others. It is tragic when those inside God’s kingdom forget what it’s like to be on the outside. The good news is that the ultimate insider, God, became the ultimate outsider through Christ, so that all outsiders could become insiders. 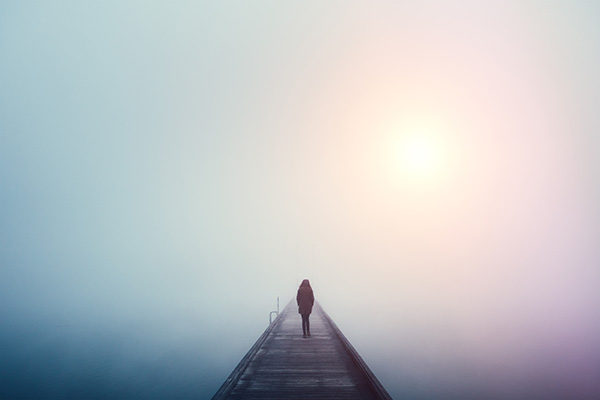 It’s not that there is anything wrong with being an insider. The problem stems from the tendency of an insider group to keep it an insider group. This is true of The Foursquare Church, where we tend to treat credentialed ministers as the insider group and those not involved in vocational ministry as outsiders.

This is a mistake. Last spring, I visited a retreat center in North Carolina, where I met Billy Graham’s first mentee, Billie Hanks Jr. He told of deciding years ago to give 50 percent of his income to ministry. He has since mentored three dozen business leaders, but only after they agreed to tithe 50 percent of their income to the church.

Collectively, this group has given more than $300 million to the cause of Christ, all because Billy Graham saw the potential of a layman to be a resource for God’s kingdom instead of trying to raise up another minister.

This is the potential that lies within Foursquare. When God looks at us, He doesn’t see our 99,000 credentialed minsters, but our 9 million members worldwide. Together, we can see the whole church taking the whole gospel to the whole world.

Effective leaders equip and empower others. They train and release. They build bridges to bring those outside, inside. Let’s do that so that more people can encounter Jesus, who can set them free.