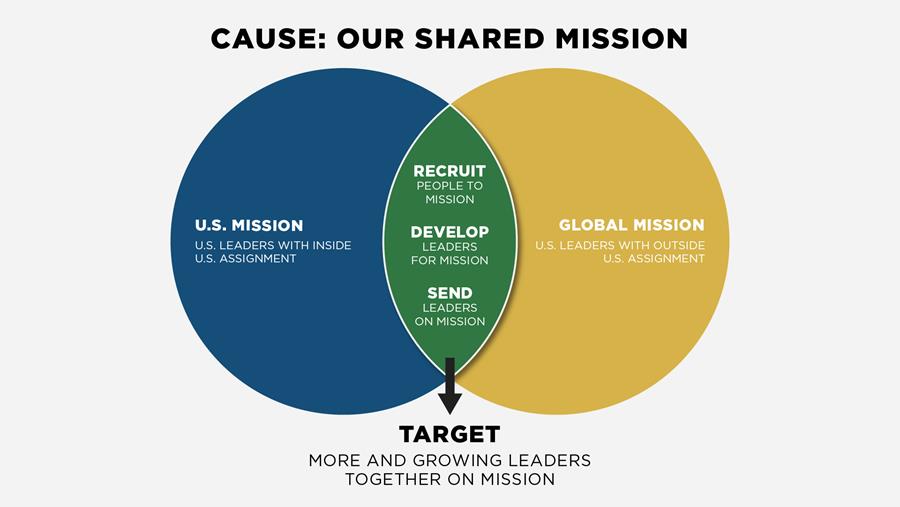 Serving Foursquare in the U.S. and globally requires partnership locally, nationally and internationally. By intentionally creating areas of overlap and integration, the Shared Mission team is able to serve more connected and coordinated than ever before.

As we pursue our target of more and growing leaders together on mission, we are working to recruit, develop and send leaders. This includes new and current onramps to co-mission for: 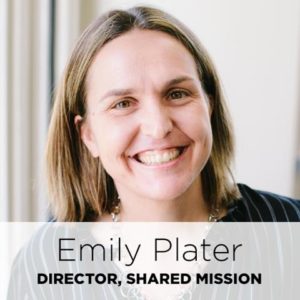 Emily Plater has always had a love for different cultures and the local church. She earned a bachelor’s degree in intercultural studies from Biola University and a master’s degree in ministry from Point Loma Nazarene University. Emily’s passion for missions led her to serve on the staff of La Iglesia En El Camino; to start Neighborhood Bible Clubs in Los Angeles with Tia Linda Ministries; and to deploy with Foursquare Missions International to Cambodia and later as North America area missionary. She also has experience as an assistant pastor at Stanwood Foursquare Church in Washington. 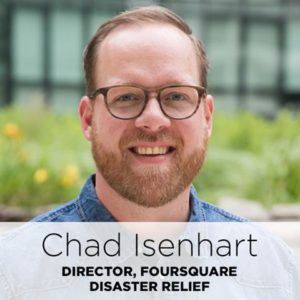 Chad Isenhart has worked in missions for more than 12 years. He first served as a field worker in Armenia and Haiti. For the past 11 years, he has served Foursquare Disaster Relief (FDR) as operations chief, international response director and now as director. With FDR, Chad has responded to more than 75 disasters worldwide. He holds a master’s degree in international humanitarian affairs from University of York in the United Kingdom. Chad also serves as missions pastor at Puget Sound Foursquare Church in Tacoma, Wash. 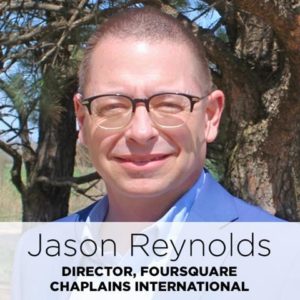 Jason Reynolds has worked with Foursquare Chaplains International since 2013. While serving in pastoral roles at Hillcrest Community Foursquare Church for 15 years in Kansas, Jason helped form and lead an emergency services chaplain division with the local police and sheriff’s office. He has completed courses and been endorsed as a law enforcement chaplain, created support programs for first responders and started a reintegration program for local inmates. Jason’s educational background includes Life Pacific University, a Foursquare Certified Ministry Institute and a theology degree in progress from South African Theological Seminary.

Did you miss it?

Read more context for these updates in our February communication, and to learn more about what roles comprise each team.