“If I become a Christian, where will I be buried when I die?”

It was a sincere question from one of the local Japanese people in Sendai, Japan, the city where I have served as a Foursquare missionary for the past 18 years. More than passing curiosity, it reflects a deeply held Japanese cultural value that honors family members by securing an acceptable resting place in a Buddhist cemetery.

Local Christians where I serve are faced with a dilemma: Do they register as Buddhist even though they are practicing Christians just to secure a family gravesite? Other Japanese believe that becoming a Christian means forfeiting their place in the family cemetery.

A longstanding law in Japan requires residents to register at their local Buddhist temple before they can obtain a gravesite for their family. Doing so ensures that nearly all Japanese residents self-report as Buddhist.

The longer I live in Sendai and serve among local Japanese, the more I realize the need for a Christian burial alternative. A person’s gravesite should not be a roadblock to them finding salvation in Jesus Christ.

Through the years of ministering in Sendai, I have seen people come to Jesus Christ in many different ways, and I have learned how to trust God to remove intellectual and cultural barriers so that they can fully accept the gospel.

This year, on Easter Sunday, we dedicated our Sendai Zion Church gravesite in a beautiful, bright, peaceful setting of trees and greenery. We chose the location because of its stark contrast to other local cemeteries that feel claustrophobic with no flowers or shrubs and overcrowded somber-looking gravestones.

During our dedication ceremony, we interred the remains of the father of one of our church members. It was quite moving for the family and for our church. Our founding pastor, Foursquare Pastor David Masui, lives in another city now but made the trip to Sendai to help us dedicate the gravesite.

We shared the words of hope that Jesus spoke in John 11:25: “I am the resurrection and the life. He who believes in Me, though he may die, he shall live” (NKJV).

There were no government officials present for the dedication and no local dignitaries to help us initiate our church gravesite, but Jesus was there. He brought hope to local people who now have their eyes focused on the resurrection in Christ rather than a hopeless burial in a cold, austere cemetery.

I am convinced that offering an alternative burial site for Christians in Sendai will encourage other local Japanese to consider giving their lives to Christ.

As we dedicated the new gravesite, I thought about a 91-year-old man whose wife attended our church until her death two years ago. I performed her Christian funeral, and the man was moved by our words of hope, hymns of rejoicing, and talk of his beloved wife being in heaven.

Although he has not yet publicly professed Christ, the man gave his family gravesite in the Buddhist cemetery back to the local temple and has nothing to do with his former life. Recently, he thanked me for teaching him about Christianity, and I believe he will experience salvation before the end of his life.

Through the years of ministering in Sendai, I have seen people come to Jesus Christ in many different ways, and I have learned how to trust God to remove intellectual and cultural barriers so that they can fully accept the gospel. I have also learned from the people of Japan that something as simple as a Christian gravesite can open the door for more people to find new life in Christ. 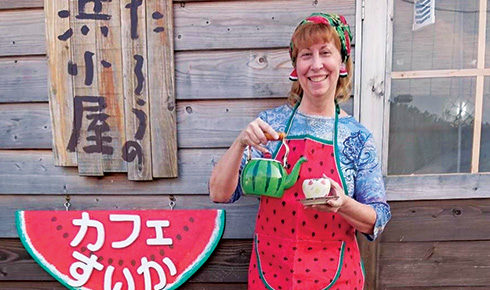 Running a café to reach people with the gospel in Japan 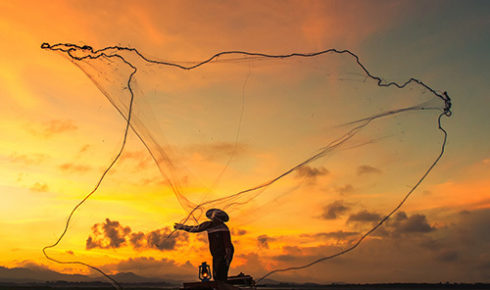 Myanmar: The Gospel Spreads in the Golden Triangle

Join us as we are ‘Transformed by Jesus’ at Connection 2018