My name is Holly Morehead, and I am from Fountainhead (Carson City Foursquare Church) in Carson City, Nev. When I was just a few months old, my parents divorced. I grew up in a home where we believed in God but didn’t have Christian values.

Both my parents eventually remarried and had other children. I lived with my mom, stepdad and siblings, and had weekend visits with my dad and his wife.

When I was young, my mom suffered back problems and was diagnosed bipolar. This led her to using a lot of different medications. She was loving and kind some days—others, she was unrecognizable. I remember little from this period of my life; I believe I blocked out a lot of these memories.

I do remember my older sister protecting me from some of my mom’s outbursts. My mom also experienced medication side effects, such as sleepwalking; I would find her cleaning the fridge with air freshener in the middle of the night, and being completely incoherent and unable to make sense. 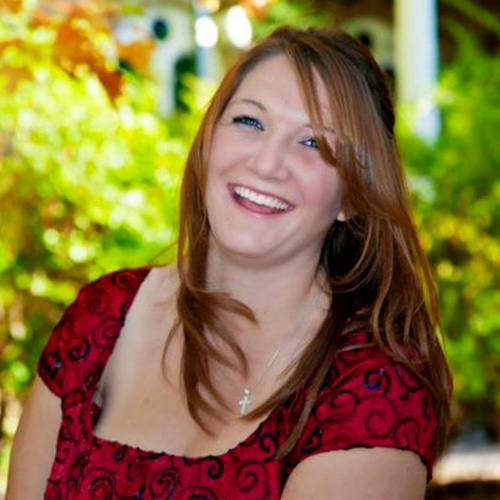 I learned to cope with her routine by choosing my words wisely and taking care of myself. My stepdad usually didn’t help out too much because after a few beers, he was out cold. My only escape from my living situation was going to my dad’s every other weekend. Unfortunately, I didn’t get along with his wife.

When I was 9, I slept over at a close family friend’s house for the New Year holiday. While I was there, my friend’s dad attempted to molest me. During that morning, his pursuit was unsuccessful, but it began a trust issue I had with men and with myself.

I kept quiet for about a year and then told my mom. That led to me being pulled out of school multiple times to drive 30 minutes to the sheriff’s office for interviews in an interrogation room. Because I reported it so late and had zero witnesses, they could only give me a restraining order against the man. My mom shared the story with all of her friends; I made jokes about it as a way of coping and to cheer everyone else up.

When my sister turned 16, we found out she was a lesbian. Later, my mom kicked her out. She moved into her girlfriend’s house and began to follow a road of unhealthy choices. By the end of middle school, I tried following in her footsteps. I started to drink with my best friend, and my parents sometimes supplied us with the alcohol.

At first it was just wine coolers, but then it progressed to beer, vodka and tequila—basically, anything we could get our hands on. We also would sometimes smoke weed. My peers encouraged me to smoke because, as they put it, I was so stressed out.

By high school, my grades were slipping, and I failed a lot of classes. I dated multiple people during my freshman year; at one point a girl and a guy at the same time.

During my sophomore year, my brother invited me to a youth group, and I thought I would hate it. I ended up loving it. I quit smoking weed and started doing better. I still had a lot of baggage that I was struggling with, and I held onto the drinking. I would even go to church hung over.

Once I started serving in church and devoted my time to the Lord, my eyes were opened to see how rewarding that time was. Unlike all the time I wasted, blocking God out and making unwise choices, I then started receiving His guidance and healing.

I was sponsored to go to Foursquare’s Old Oak Ranch camp, and there I found my calling to go into youth ministry, to really help youth who are lost like I had been my whole life.

My struggles were not over yet. I soon developed an eating disorder. But my pastor’s wife found out two months in and mothered me through it, which helped me recover completely.

Now, at 19, I’m in a 10-month internship at Old Oak Ranch, and I am growing in my relationship with Jesus and other people every day. I have four couples who have been like parents to me, and I am learning to trust more and more. One of my closest friends is a male, which has never happened before.

God has given me an amazing family through The Foursquare Church, and He has walked with me through pain, brokenness and addictions. I am confident He will never leave me or forsake me.