On Dec 10, 2014, I didn’t wake up to go to work. My husband, Michael, called 911, and when the paramedics arrived, they realized something was very wrong. At the hospital, they determined I had suffered a major stroke, and there was a 99 percent chance that I wouldn’t make it out of surgery.

The subsequent hours aren’t personally known by me, but I’ve learned from my husband, kids, family and friends that because of the power of God and so many prayers, a miracle was done—not only did I wake up, but I wanted to go back to business!

In the emergency room, family, friends and staff from Foursquare’s central offices, where I work to serve pastors, gathered to pray for me as they waited for the diagnosis. When the surgeon entered the room and pulled my husband aside, he told Michael of my one percent chance of surviving surgery, and that if I did survive, it may not be in a way he would have hoped.

Michael gathered my sister and our kids, and told them to come kiss me goodbye. He did not at that point tell them of the dismal survival prediction. After the surgery, the doctor returned with the news that I had survived, and that it was now a waiting game.

My brother, his wife and son arrived from Portland, Ore., as soon as my surgery was over; they had left as soon as they got the news of what had happened to me. He, my sister and Michael stayed by my bedside in the hospital.

I am overwhelmed by the amount of support I received throughout this journey. It started with the tidal wave of prayers that were lifted up on my behalf around the world. The Foursquare central offices pulled together to support us however they could. 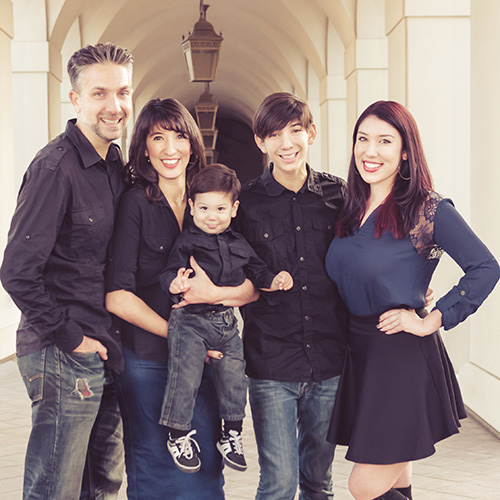 There were countless visits at the hospital. I was there for one month and never spent a night alone. My family was provided with dinners for two months. I wasn’t able to eat for three months, but the aroma of these amazing meals helped me make this a goal … that I gratefully have reached.

I had amazing doctors, nurses and therapists. I was glad to share with them the shining light of God’s love as they cheered me on along the way and taught me how to overcome the issues caused by the stroke. Since then, my speech therapist has joined us at church.

I learned to walk again, talk again, eat again, flip a page, sign a paper … oh, so many things! God is the only one who can explain how far I’ve come. It was He who took the one percent chance of survival diagnosis and flipped it around.

Now I am at my “new 100 percent.” There are some things I still can’t do, and some things I will never do, but what I can do is a big celebration to me and to those around me. I am a living testimony of the power of prayer.

I’m back at work in my role with The Foursquare Church in Los Angeles as the assistant corporate secretary. My service includes assisting in the production of the annual report and church directory, processing annual credential renewals, and assisting with the annual cabinet, executive council and convention meetings. I am a director for Echo Park Evangelistic Association, which promotes the work of Foursquare’s founder, Aimee Semple McPherson, and I get to connect with our movement’s ForeRunners around the country.

God is so good!