Our family knew God was amazing, but in summer 2015 we had the actual experience of desperately needing His goodness, mercy and love even more than we normally do. Our daughter, sweet Avarose, got sick, and we were given a scary diagnosis: 90 percent chance that she had multiple sclerosis (MS).

Avarose, our ballerina, had somehow become sick on our summer family trip. By the time we got home, she was being admitted to the hospital for tests. After the initial MRI came back, we were transferred to Stanford Children’s Hospital.

We had joined Santa Cruz Hope Foursquare Church in Soquel, Calif., pastored by Danny Bennett, just that June. I reached out to Danny and his wife, Jenny, and other church leaders, as well as my friends and family, for prayer. I texted Joe Gruber, an assisting minister at the church, right away and asked for prayer. The leadership team got back to me right away to let me know that everyone was praying. I can’t tell you how supported I felt, knowing that so many were praying for Avarose.

After three days and dozens of doctors, my husband, Andrew, and I were taken into a very brightly lit room with whiteboards on every wall. The doctors sat around the table with us while they began to explain that Avarose had a 90 percent chance of MS.

Everyone in that room was in tears, including the doctors. They had all fallen in love with Avarose. Andrew and I just held each other and cried. It was the worst moment of my life so far. But God had a plan.

Everyone in that room was in tears, including the doctors. … It was the worst moment of my life so far. But God had a plan.

The next day, I felt like a superhero. Even though the diagnosis was scary, God had given me a clear vision that Avarose was healed. While laying hands on her one afternoon, I was given the gift of knowing, sensing and spiritually seeing Jesus next to me. He placed His hand in mine, and then led my hand and His hand to touch Avarose. He told me that all confused cells had left her body. Then He told me that I could believe Him or not. I believed Him.

Later that afternoon, after the 20th doctor had been in to see Avarose, she grabbed my arm, looked me directly in the eyes and declared: “Mom, there is absolutely nothing wrong with me, I promise!” I told her that I was in agreement and that we just needed to wait on the doctor’s orders to go home. 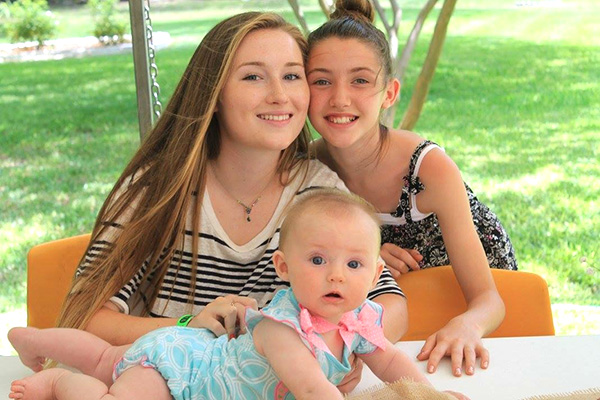 Two days later, Avarose was able to go home with her scary diagnosis, paperwork and medication. God continued to give me strength, and I continued to believe Avarose was healed. I asked for more prayer.

We waited two weeks, believing God, for our hugely anticipated appointment with the most highly respected doctor of neurology at Stanford. He was the doctor who had so confidently given us the MS diagnosis, and this was to be our first time seeing him in his office to discuss Avarose’s future treatment. What God did shocked all of us!

The doctor told us that some of the many tests they had run at Stanford had all come back, and they were all negative. One of the tests was an MS indicator, and we were thrilled this test was negative. Then he told us that actually one test had come back positive.

The reality of God’s goodness, mercy and healing had cleared any remaining doubt. God had healed her.

Avarose had tested positive for a common virus, but in rare cases, this virus looks like MS. He explained that given this test outcome being positive and the other indicator test being negative, Avarose would probably never be in his office again. He told us that he might like to see her in a year, but probably never again.

Celebrating God and His healing of Avarose, we left the office and went home to resume normal life again. It took a bit to shake the worry off, but finally the reality of God’s goodness, mercy and healing had cleared any remaining doubt. God had healed her.

I am thankful for the support of my church family during this time. Avarose is back at ballet, living her normal life. As for me, I teach Holy Yoga at the church. After the first Sunday we had visited the church, I met Pastor Danny, shared my personal testimony, and he agreed that Holy Yoga would be great. So that’s what I do, every Friday night at 7 p.m. God is good!