As I step into my new appointment as a Foursquare Missions International (FMI) missionary to El Salvador, I can’t help but wonder, “How in the world did I get here?” 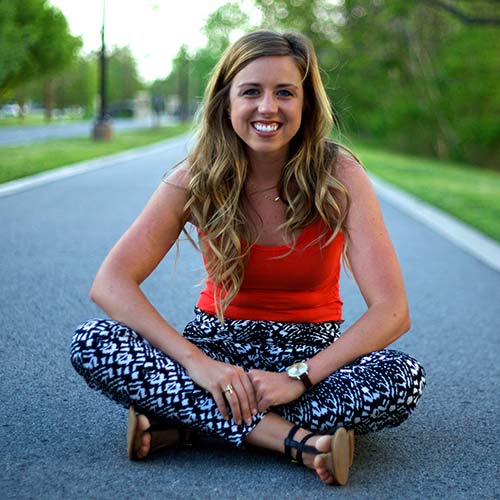 I’m 24, I graduated college less than a year ago, and to top it off, I’m a pastor’s kid (or PK) from a rural, small-town Foursquare church: New Life (Vinita Foursquare Church) in Vinita, Okla., pastored by my parents, Kevin and Shannon Baker. Don’t get me wrong, I love Vinita, but there’s not a lot of aspiring that goes on there. I also love being a PK, but if you don’t know what it’s like being a PK in a small town, let me paint a picture for you.

Imagine one of those small, glass fishbowls with one little goldfish swimming around in it. Then imagine it sitting in the middle of a room with, I don’t know, let’s say 100 people watching it. That was my siblings and me. That goldfish represents the small-town PK with all eyes watching, at all times.

No wonder PKs often finish poorly. I mean, who wants to deal with that kind of pressure? And then, on top of that, we see all the pressures our parents deal with in ministry. We see and experience the sacrifice that it is to be in full-time ministry, and to do without, because our parents have chosen to help others instead of themselves.

There is another side to the story, of course. As a PK, I saw people come to know Jesus as their Savior. I saw God provide miraculously when ends just weren’t meeting. I saw people healed of physical and spiritual diseases. I saw broken hearts restored, dreams fulfilled, sorrow turned into joy. I experienced the presence of God on a regular basis. I learned so much.

Most important, I finally realized that my salvation is not based on church or religion or my parents, but on my personal relationship with Christ, and knowing Him in a real and deep way. It wasn’t until more recently that I was really able to process my experience as a PK and come to this conclusion.

I admit that I went through the typical PK rebellion, and gave my parents a few (possibly many) gray hairs. I was absolutely determined to be my own person, and nobody was going to tell me who I should or shouldn’t be. When I graduated high school, I spent a semester at Foursquare’s Ignite program, but I was way too rebellious for that.

When I returned home, my parents practically begged me to go to Oral Roberts University (ORU), but I wouldn’t even consider it. I wanted to go to a secular school, and that I did. It wasn’t until I was miserable because my teachers were so liberal and most of my relationships were really shallow that I considered switching colleges. I decided to pray about it and ask God what I should do because my plan wasn’t really working. Guess what He told me? “Go to ORU.” God’s pretty funny.

In August 2011, I started my first semester at ORU. I declared my major as Spanish because it was the only class I liked. I never would have imagined that God would call me to be a missionary in a Spanish-speaking country. I thought I would teach or translate. Never in my wildest dreams did I think I would get to travel to different countries to share God’s love with the world.

April 19, 2013, I was sitting in chapel at ORU when God told me that I would be a missionary. I have a note recorded on my phone from that day at exactly 11:45 a.m. that says, “I know without a doubt that I am called to do missions.”

Approximately two years ago, I had never even been on a missions trip. Today, I have been on seven missions trips, and I am about to become a full-time missionary to El Salvador with Foursquare Missions International.

Something I never dreamed of doing has now become something I can’t imagine not doing. Through all of this, I have learned that God knows us so much better than we know ourselves, and that doing anything but God’s will for us is absolutely miserable. I have also learned that we absolutely cannot determine our future based on the way others view us. Our future is completely in God’s hands, despite our failures and shortcomings.

We have to not only believe that about ourselves, but believe that about others, as well. If I had only listened to what others thought about me, I wouldn’t be where I am today. But I chose to listen to what God thought of me, and many times that was reiterated through the people I surrounded myself with: friends, professors, leaders, mentors.

A huge part of why I am where I am today is because of the spiritual leaders God has placed, and continues to place, in my life to invest in me and the building of my character. For that, I can’t thank Him enough.