When Yaseer and Monique Handall attend Foursquare Connection 2015 in Anaheim, Calif., in May, they plan to bring with them friends who represent part of the fulfillment of a vision cast at an earlier convention. 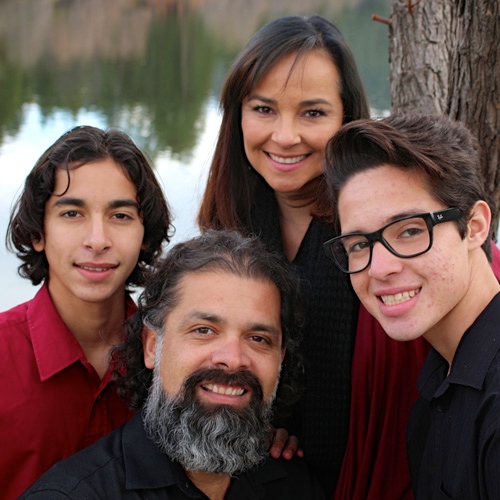 Their guests at the May 25–28 gathering will be members of a small church on the Soboba Indian Reservation in the foothills of California’s San Jacinto Mountains, in Riverside County. The community has become the gateway for a growing ministry to Native Americans that has already spread to several other states.

Having a servant’s heart and sensitivity to the Holy Spirit have opened doors among groups traditionally resistant to outsiders—when Yaseer makes one of his regular visits to the Soboba from his home in San Bernardino, he is welcomed onto the sovereign land through the entrance restricted to tribe members. He is considered “family” by many of the 1,200 or so of the small Soboba Band of Luiseño Indians, their full official name.

By helping strengthen Native American churches, such as the Soboba Kút Poki Lighthouse, through discipleship and leadership training, Yaseer and Monique hope to see a move of God among the more than 500 federally recognized Indian groupings in the United States. 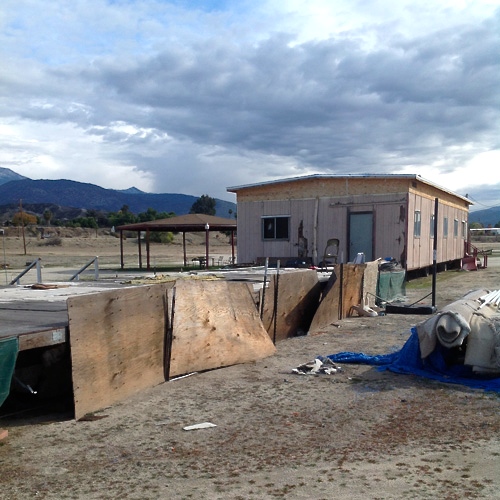 Foursquare is coming alongside the Soboba Band of Luiseño Indians for relief work after flooding damaged this local church.

Their efforts have been boosted by a recent grant from Foursquare Disaster Relief (FDR) that will help provide a new church home for the small Soboba congregation, following damage by flooding that prompted President Obama to declare the stricken community a disaster area.

Together with plans to mobilize a short-term Foursquare team and raise more money to help from Foursquare churches in the Southwest District, the FDR gift—for the siting and fitting of a new trailer home for the small congregation of around 35—has made a big impact. It has helped cement relationships Yaseer and Monique have forged among the Soboba through repeated visits.

On learning of the FDR move, one elderly Soboba woman expressed amazement that Foursquare members around the country were praying for her community and offering support.

“It was a beautiful moment that changed her perspective of God,” Yaseer recalls. “She said, ‘How do people even know we exist? We are so small.’ I was able to tell her, ‘My God is so big, He is everywhere, and He knows everybody.’ “

For Gary Grubbs, FDR’s U.S. operations chief, who is helping coordinate the response, meeting the Soboba need is not just about building the church physically, but spiritually. 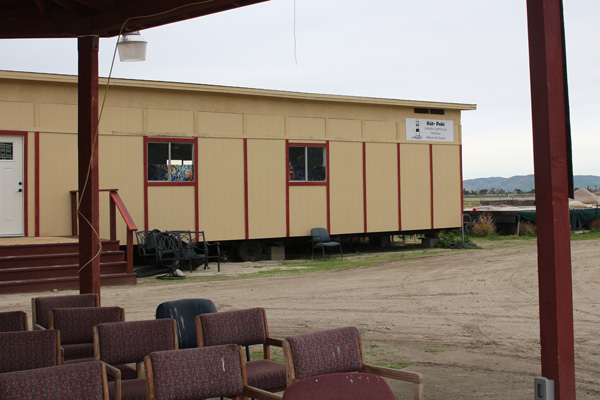 With a grant from FDR and Southwest District support, repairs to Kút Poki Lighthouse Church are underway.

“Realizing that others care about them, that they have not been forgotten, has built up their faith big time,” he says. “I believe the impact could be seen not just in this small community, but among other Native American communities, as well.”

That would be part of furthering the vision whose seeds were planted at Foursquare Connection in Atlanta, in 2010, when God told Yaseer: “Go to those Native American nations and bring those hearts back to me.”

At the time, he and his wife were co-pastoring Armonia (San Bernardino North Hispanic Foursquare Church). When they received an invitation to minister at a series of revival meetings at the Soboba church, they went readily and stayed behind at the end to help tidy up. The way they rolled up their sleeves and went to work surprised and impressed the Indian leaders used to more hands-off visiting ministers.

Invited to return, Yaseer has since established long-term ministry to students at the reservation high school. In addition, he serves as chaplain to a separate Indian boarding school in Riverside, and he and Monique have traveled to minister to different tribes in Arizona, Montana, New Mexico and North Dakota.

The work has expanded so much in a relatively short time that, at the end of last year, the pair felt it was time to step down from their Hispanic church leadership to concentrate on their growing Native American ministry. Through a new movement called Arise, they want to raise up youth ministry leaders on reservations across the country. Helping with the Soboba ministry have been members of The Gathering Place (San Bernardino 2 Foursquare Church) in San Bernardino, and The WareHouse (La Habra West Foursquare Church) in Whittier.

Yaseer credits the progress he and Monique are seeing to relying on the Holy Spirit “to show us what to do and what not to do,” noting that cultural sensitivity is important. To that end, he is able to draw some on what he learned while living among Indian communities in his native Mexico, before coming to Christ. One key has been honoring your word—particularly important to people whose history is full of broken promises.

“If you say you are going to be there, you have to be there,” asserts Yaseer, who ensures out-of-state ministry opportunities don’t conflict with commitments to his Soboba “home reservation.”

Yaseer and Monique shared some of their story at Foursquare Connection 2014 in Dallas, when they challenged attendees to ask for “favor to reach beyond your perceived boundaries.” God is “waiting for your action, to start a reaction,” they declared—something they continue to see unfold in their own lives, with the partnership of FDR and other Foursquare congregations.

Visit Foursquare Disaster Relief’s website for more information on how you can support FDR’s efforts across the nation and around the world.