As authorities continue to investigate the deadliest modern mass shooting in U.S. history, Foursquare pastors and members in the city are believing that, contrary to the popular saying, what happened in Vegas won’t stay there.

They recognize their community will be forever changed by the Oct. 1 attack at a country music festival that left 58 victims dead and more than 500 injured. But they are looking to God to help people move from horror and disbelief to hope and faith.

Already they see glimpses of evil being overcome by good, they say, as their community and others around the country respond with an outpouring of love and concern—from thousands waiting hours in line to donate blood, to the more than $10 million donated by last weekend to a GoFundMe account for the victims.

Since the attack, members from Foursquare’s dozen or so churches in the Las Vegas area have been helping with the official emergency response, offering comfort and counseling to those traumatized, and sharing personal experiences of being caught up—and spared—in the attack.

Among the stories of escape is that of a member of Cornerstone Christian Fellowship (Las Vegas 4 Foursquare Church) standing at the concert with a friend who was hospitalized after being shot in the back and face. Another Cornerstone attendee, Savannah Stallworth, was among those who escaped unhurt and helped others, bundling two wounded concertgoers into the back of her truck and ferrying them to the hospital.

Meanwhile, Ricky Farris, whose father, Richard Farris, is Cornerstone’s missions pastor, was among the first responders at the scene as a member of the Las Vegas Metropolitan Police Department.

Hospital nursing staff attending the victims included members of New Hope Las Vegas (Summerlin Foursquare Church), about three miles from the famous Strip. They told Foursquare Pastor Kent Miyoshi that the scene at the hospital had been “like a war zone, with blood everywhere,” he says. 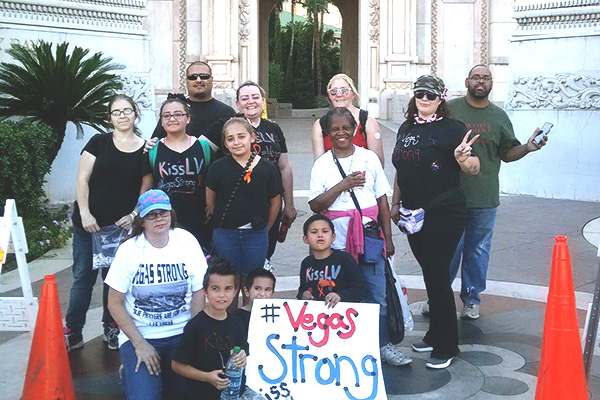 In the days that followed, Pastor Bill Dahlquist was one of those with the difficult job of ministering to families waiting for news of missing loved ones. As a Foursquare Disaster Relief (FDR)-trained chaplain coordinating spiritual care efforts for the Red Cross, he was on duty at the official crisis center.

“One family I worked with knew they had lost their nephew and had heard that their son had been shot but didn’t know anything else,” explains Bill, who lives in downtown Las Vegas and pastors Blue Diamond Foursquare Church about 25 miles away. “I was with them when, later that night, they were informed that he had also deceased. It was a very hard time emotionally.”

Several Foursquare churches around the city opened their doors for people wanting to come in for prayer and comfort. Among them was New Hope Las Vegas, where Kent reports that two visitors were led to Christ. At Cornerstone, free trauma counseling sessions were offered. There, Co-Pastor Joey Massanari also led a special prayer service attended by around 200 people, including church members who had been at the concert.

Several Foursquare pastors spotlight the unusual sight of casino marquees calling for prayer for the city, rather than promoting the gambling and other attractions that have earned Las Vegas the nickname of Sin City. But they also note that behind its international reputation as an anything-goes tourist attraction, Las Vegas is also home to a strong Christian community. 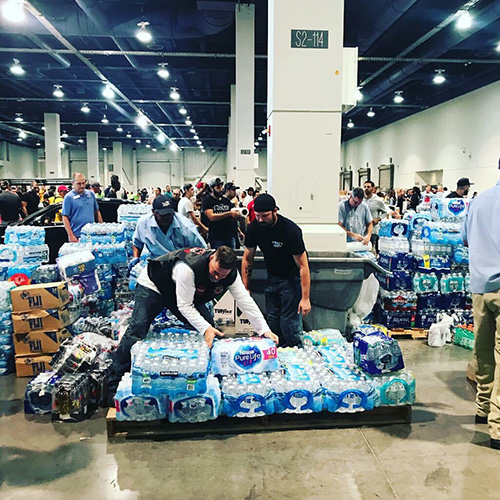 “It’s been beautiful to see how the city has come together,” Joey affirms. “There are opportunities that we have never had before; there’s a softness in people right now. For the church, it’s a time to be more and more the hands of Jesus.”

With so much of Las Vegas centered on its tourism industry, many people know someone associated with the Strip and so feel impacted by the shooting even if they were not directly involved. For some, “the initial response has been shock and a sense of being overwhelmed,” says Kent. “But then, because they have Christ in their lives, they are pushing through with their faith, which is amazing.”

Anticipating a long journey ahead for his city, Kent urges people to pray for great peace, great comfort, great provision and “for the greatness of God to manifest.”

Bill Dahlquist expresses appreciation for all the prayers offered for Las Vegas by Foursquare churches across the country and around the world. “We certainly continue to need it,” he says. “Pray that we would have the wisdom to be able to speak to people and the courage to do so, and the stamina to keep being able to do it.”