If all you know about Detroit is what’s on the news, you might be forgiven for thinking that the last person had left the economically crippled Motor City home of Motown, closed the door behind him, and switched off the lights. 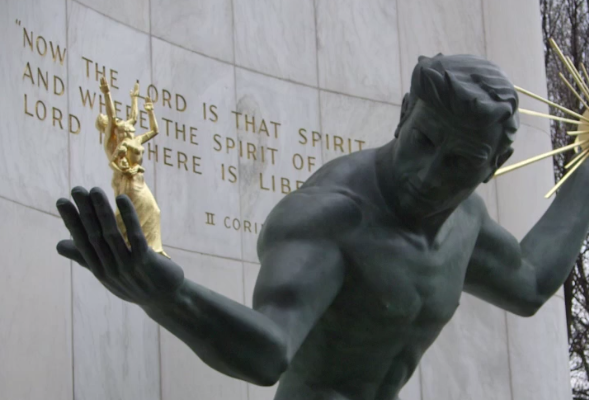 But the place that “put the world on wheels and taught it to dance,” in the words of Ordained Foursquare Minister Maurice Gholston, is seeing a renaissance—and the church has a significant role to play.

Detroit is one of the targets of Foursquare’s new Global Cities Strategy, which is 100 percent funded by Foursquare Foundation. The initiative was announced at Foursquare Connection 2014 in Dallas.

But the city stands apart from the other urban centers engaged in the early stages of the initiative, in that those leading the efforts have not been called there from other places, but have deep local roots. Maurice, who serves as divisional superintendent for the denomination’s East Michigan Division, grew up in the southwest part of the city.

Maurice is also director of urban development at the International Hope Center (IHC), a former auto dealership in the city’s Hamtramck district, which is home to many immigrant groups. A unique partnership between the U.S. Foursquare Church and Foursquare Missions International (FMI), the 26,000-square-foot facility is home to a Saturday church, and offers badly needed jobs skills programs and missionary training, seeing as the Detroit area is home to one of the largest Muslim communities in the U.S. 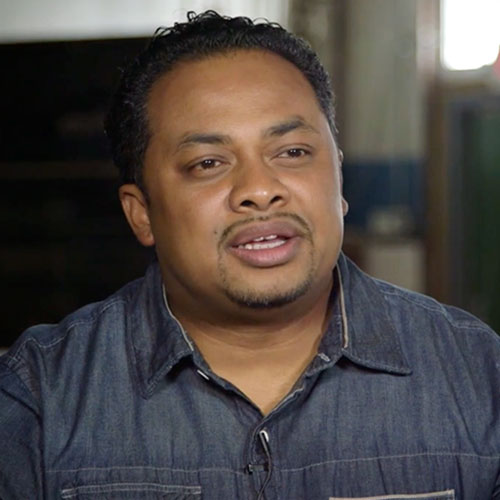 IHC’s senior pastor, Antonio Sims, is a former marine who worked at Ford for more than a decade; he was born in Vietnam but raised in Detroit from the age of 18 months. He sees a prophetic symbol of the church’s role in the new Detroit in the city center: Inscribed behind the famous The Spirit of Detroit bronze statue are words from 2 Cor. 3:17: “Where the Spirit of the Lord is, there is liberty” (NKJV).

God “doesn’t want to rebuild this city without the church,” Sims asserts. But that will require different models for different communities. It could be “Starbucks and bars,” he says, “not just what we see out in the suburbs. We have to be open to whatever God has for us.”

Sal Bono’s Church at the Market (Detroit Market Foursquare Church) has no building, and doesn’t hold traditional services. It’s a congregation being established through relationships born out of a variety of business initiatives, with the focus on life together in neighborhood-based small groups.

A former Apple business consultant on the West Coast, Sal returned to the place he was raised two years ago. He notes that the economic investment, which is making Detroit almost the startup capital of the U.S., is drawing many Silicon Valley-type newcomers with loose New Age beliefs.

Meanwhile, many longtime Detroiters have left through the years. The 700,000-or-so population is less than half what it was at the auto industry’s height.

But “where most people see broken-down buildings, I see opportunities for God to reclaim what is dead and bring it back to life,” says Maurice Gholston.

Part of that hope rests on his appreciation for Foursquare’s heritage.

“I think about Sister Aimee, and how she started in the inner city in Los Angeles,” Maurice shares. “This is another wave of that move of God, right here in our city.”

Watch a Video on Foursquare in Detroit

This article is Part 2 of a five-part series. Click the links below to read more about Foursquare’s Cities Strategy.