Hundreds of Foursquare families in South Asia have been assisted in recovering from the impact of severe flooding, with support from Foursquare Disaster Relief (FDR).

Though more than one million people in Sri Lanka were forced to flee their homes in the face of torrential rains that brought widespread chaos late last year, the crisis in the Indian Ocean island nation of some 20 million went largely unnoticed by the international community.

While only around 40 lives were lost in the devastation, coming on the 10th anniversary of the region’s 2004 tsunami that left around 30,000 dead in Sri Lanka alone, the floods left a trail of emotional as well as physical damage.

An emergency grant from FDR, along with funds from Foursquare in Sri Lanka, made it possible for church leaders in the country to provide assistance to almost 1,000 affected Foursquare families. They received dry ration packs containing emergency food supplies such as rice, sugar, potatoes and milk powder. 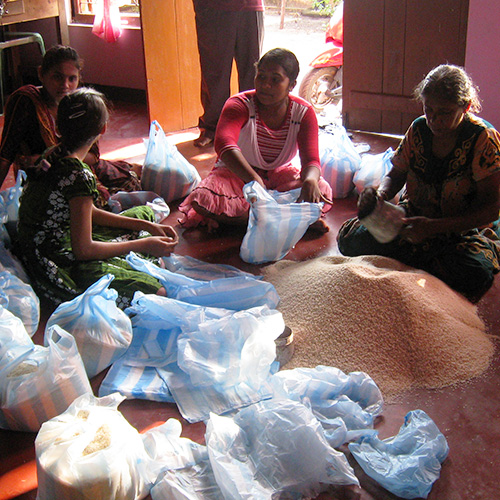 Some Foursquare families were among the many forced to find shelter in temporary camps as they fled areas threatened by mudslides because of the heavy storms. Some were taken in by relatives, says George Niranjan, vice president and general supervisor of Foursquare in Sri Lanka. “A few stayed in their own homes, even though they were surrounded by water,” he adds.

Some Foursquare pastors waded through floodwaters to deliver the vital supplies to members of their congregations. Two Foursquare churches, in Vaharai and Marnkerny, were under water for a time, but services in both places have since resumed.

As those affected pick up the pieces, some are faced with trying to repair or replace damaged property, while others have seen the rain wipe out their farming income. George asks Foursquare members around the world to continue to pray for help for those in Sri Lanka, “and for a good climate to continue, and for protection from future disasters.” 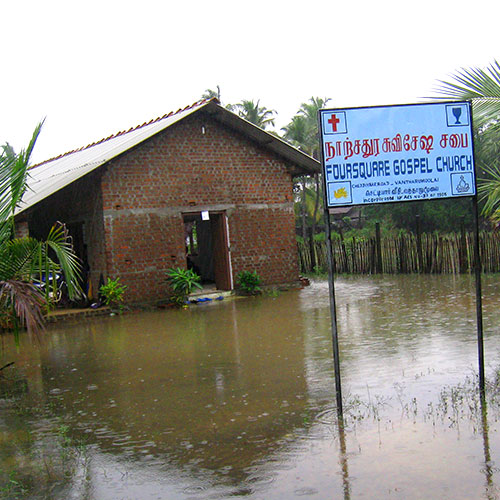 Seasonal monsoon rains are expected in Sri Lanka, but December’s higher-than-usual deluge caused flash floods and mudslides, wiping out the country’s food staple, rice, in some areas. “This was a difficult situation, both physically and mentally, especially in the tsunami-affected areas,” George notes.

Chad Isenhart, FDR’s international operations chief, who gave Sri Lankan Foursquare leaders advice on their response efforts, expresses thanks to those who have given to FDR’s emergency fund, enabling the organization to offer immediate help.

“It was by any measure a major catastrophe, but because—thankfully—there was so little loss of life, it did not make headlines like other events have,” Chad explains. “But many, many people were seriously impacted, and we were grateful to be able to respond in the name of Jesus with practical help that demonstrates God’s love.” 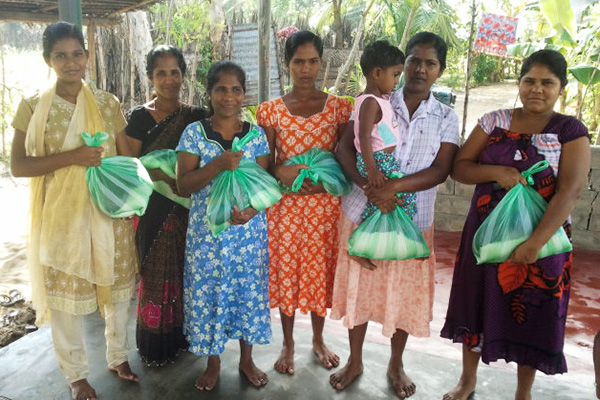 Additional FDR donations will enable further grants to be made in Sri Lanka, as needs continue to arise, and other parts of the world when crises strike.

The Sri Lankan relief effort was spurred not long after Leslie Keegel, the country’s Foursquare national leader, had appealed for help for others in need. Leslie, who is also Foursquare’s regional coordinator for the Asia-Pacific region and a member of the Foursquare global council, known for his prophetic words to the movement, also had urged Foursquare churches and members in other parts of the world to help provide blankets for some of those struggling through a harsh winter in Bangladesh.

Since Leslie was appointed national leader of Foursquare’s work in Sri Lanka 30 years ago, the denomination in Sri Lanka has grown from two churches to more than 1,800 meeting places and 20,000-plus members.

Donations to FDR’s emergency fund to help in Sri Lanka and other crisis spots can be made at FDR’s Give page toward International Relief.