Foursquare churches and members in Texas among those hit by one of the worst storms in American history are planning for, and playing an active role in, relief and recovery efforts.

Thousands were forced to flee their homes as Hurricane Harvey floodwaters rose in Houston. There, the city’s Victory Christian Center (Houston Victory Christian Foursquare Church), pastored by Tony Krishack, was in line to open one of its buildings to accommodate some of the needy. He even offered the American Red Cross an opportunity to use their building for operations, as needed. To date, the church has not heard back from the Red Cross, but they are ready and willing to be part of response.

Meanwhile, as they brace themselves for major flooding anticipated any day as local rivers overflow, members of two churches in the Houston suburb of Angleton have already begun preparing daily meals for people at a nearby shelter.

“We are feeding them, and we also get to spend time with them, sometimes praying with them and comforting them,” says Cere Muscarella, senior pastor of Life Church (Angleton Foursquare Church), which is partnering in the effort with La Vida (Angleton Hispanic Foursquare Church), pastored by Alex Montealegre.

While around a dozen deaths have been reported so far since Harvey—a Category 4 hurricane—hit, there are fears more fatalities may become known once the storm passes. Also, authorities are warning that it could take years for the area to recover from the disaster.

Of the dozen or so Foursquare churches in the Houston metro area, a couple have reported leaders’ and members’ homes being flooded, reports MidSouth District Supervisor David Coffey, though the full extent of the damage has not yet been assessed. One of the churches affected is Gulf Coast (Hitchcock Foursquare Church) in Hitchcock, whose Highland Creek Camp & Retreat Center has previously been opened to those needing emergency accommodation, but is now itself underwater. 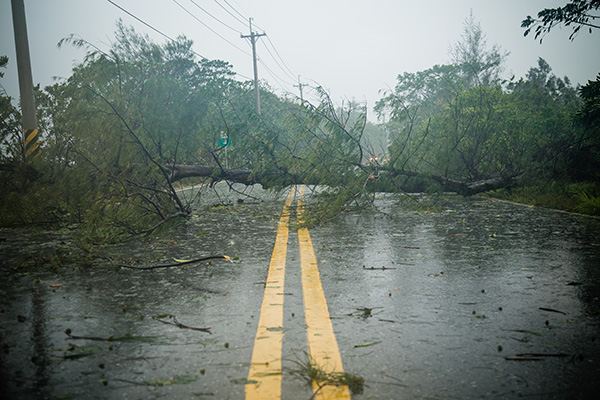 An initial emphasis on helping provide food, water and other emergency supplies will cede to longer-term recovery efforts, he says. “The full magnitude of this is still not known yet, but it is clear that there is going to be an enormous long-term need,” Jason adds.

At the district supervisor’s office, he and his team have been hearing reports of individual Foursquare church members reaching out to help others around them, says David. “It really is a great opportunity for the church to rise up as no other group,” he affirms.

Despite facing the prospect of major flooding to come in his Angleton community, Cere remains upbeat, praising the selflessness of Life Church and La Vida members who are pitching in to feed shelter residents.

“This is what the church specializes in,” Cere says. “We are given such an opportunity to shine in disasters; in a disaster, the hard shell we all tend to have, it all goes away. Our people really are full of joy; they love being a part of what is going on.”

The Angleton Foursquare churches’ swift response to Harvey was built in part on the experience of summer 2016, when torrential rain flooded 1,500 homes in the area. The two congregations worked together to provide meals for 45 days straight. 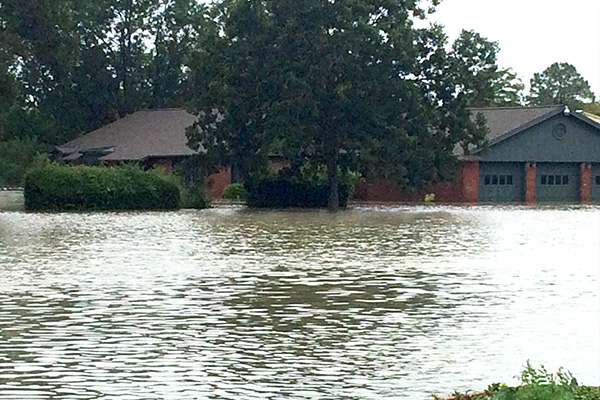 The scale of the damage left by Harvey will be beyond the scope of any single agency or group alone, notes Jason. He appeals for funds to help FDR—Foursquare’s crisis relief arm—meet immediate physical needs and assist churches in being equipped for the longer-term recovery effort that will involve home cleanup and repair, and caring for people traumatized by what they have been through.

“We need all the help we can get to resource these churches,” he says. “They know their communities better than anyone, so the more we can do to resource them, the better we are doing our job.”

Jason requests prayer for “the whole area impacted—for our local churches and pastors and all those who will be involved either in their own cleanup or in assisting others. Pray also for the Foursquare chaplains who will be responding, and for all of that to be funded.”

In due course, there will be opportunities for outside Foursquare teams to help the Houston area recover, but “the biggest need right now is for people to pray,” David states. “Pray that the rains will stop and the water will recede; you can’t really do a lot until that happens.”