Immigration issues and border control concerns may be a hot potato for politicians, but they are a ministry opportunity for two Foursquare ministerial couples.

Though they work in different countries on opposite sides of the continent, Don and Sandy Godwin, and David and Kathleen Green share the same heart for Mexicans who have seen the dream of a new life in the U.S. become more of a nightmare. And they bring a message of hope to those they are helping—confidence that the God who has brought them through their own struggles and challenges is able to turn around the lives of those who will trust Him even in difficult times.

When the Godwins went to Baja California five years ago, it was to start a church among some of the many Americans and Canadians who had retired to the state’s northern coast. But when that ministry did not develop as they had anticipated, they turned their attention to another area and found their true calling.

For the past three years, the Godwins have pastored an English-speaking church in San Marino, not far from Tijuana and the U.S. border. Most of the members are undocumented Mexican nationals who grew up in the U.S. but were deported after coming to the attention of authorities.

Hundreds of such cases arrive in Mexico every day. Many have family and children back in the U.S., no connections in Mexico, and don’t even speak Spanish.

“They lose everything almost overnight,” says Don. “They feel like they are Americans who have been sent away to a foreign country.” 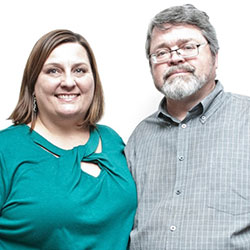 Through their Joseph House ministry, the Godwins aim to give new arrivals help and hope. A recent four-hour workshop provided orientation and advice on getting established in Mexico to around 50 returnees. For many, the church is a lifeline when they feel adrift.

“We always spend holidays together,” notes Don. “It’s a time when they especially miss their families back in the States, and they really feel like the church is their extended family.”

As important as the practical help the Godwins offer is their personal testimony. When they married in 1987, the couple felt called to missions, but “life happened.” With three daughters, the Godwins’ marriage was on the rocks when they arrived at Hope Chapel (Huntington Beach Foursquare Church) in Huntington Beach, Calif., in 1999. There they found restoration and renewal.

“We came to Mexico with the message that God is a rebuilder,” says Don. “We didn’t understand the message could be so powerful until we came to San Marino. But now we can share with them: If you think you are beyond rebuilding or repair, you are not. This thing that has happened does not need to be your defining event; God has things under control. He can redeem what seems unredeemable.”

While hosting several American short-term missions teams every year, and hoping to expand their efforts with a Joseph Center that could provide beds for up to 50 men, the Godwins manage to find time for other ministry, too. They continue to pastor a small Spanish-speaking congregation they planted at their original ministry base in Rosarito. 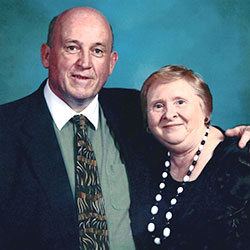 When David and Kathleen Green arrived in Texas from their native Northern Ireland in 1982, following what they believed to be God’s call, they had just $300 in their pockets. But they saw God provide, and now help others arriving in the U.S. with little or no money.

Through the Open Hands non-profit ministry they established 15 years ago, the Greens’ small congregation of about 75 members, Hope Community Church (Donna Foursquare Church, formerly called Hi-Way Chapel) in Donna, Texas, has distributed food valued in the millions of dollars to local below-poverty Hispanic families as well as to undocumented workers in difficult circumstances throughout the Rio Grande valley. Having crossed the border, many discover that getting work is not as easy as they had hoped.

As an official charity, Opens Hands has received grants and volunteer support from big businesses and organizations, as well as financial donations from individuals, and runs a twice-monthly food bank that feeds around 600 families. It also provides clothes and shoes—some children don’t attend school because they have nothing to put on their feet—and toys and educational supplies.

Although neither of the Greens speaks Spanish, many of the volunteers they mobilize do. The emphasis of the outreach is “not to preach to them but to show them His love,” says Kathleen. Because of their illegal status, many of those who receive help are cautious about attending church, “but some have come back [to the food bank] and asked for prayer,” she notes.

With this reticence in mind, the Greens are planning to send out “mobile church” teams to minister among the undocumented communities. As part of that focus, they are building a dormitory on the church campus that will be able to house up to 24 visiting short-term missionaries.

The church, meanwhile, is in the process of changing its name to Hope Community Church from its former nomenclature, Hi-Way Chapel. Says Kathleen: “[The new name] reflects more who we are—that the only hope is Jesus.”