Popsicles in the park and students on Skype, all with the goal of increased missional effectiveness, are among the creative ways Foursquare churches are using the funds being returned to them as part of the movement’s Reimagine process.

Checks totaling almost $6 million went to Foursquare congregations across the country last year; the third round of disbursements totaled $2.7 million and went out in May 2016. The moves follow the decision to send tithe offerings back to the field in line with Reimagine’s emphasis on a renewed focus of actively extending God’s kingdom. With the only stipulation being that the money must be used for missional purposes, there has been plenty of room for innovative expression.

It led to one member of The Bridge (Christiansburg Foursquare Church) in Christiansburg, Va., loading up a cooler with ice pops and taking it to the local park with her children, handing the goodies out to people there. Another family in the church held a block party for 30 neighbors and served homemade ice cream, while a teacher in the congregation bought a book for each student in her school to read over the Christmas holidays.

Around $7,400 in missional funds went to micro-outreach efforts such as these, helping galvanize a refocusing of ministry efforts at the church led by senior pastor Will Fillingham. Two years ago, he felt prompted to “stop preaching the same old sermons: how to love Jesus more, how to receive his grace.” Instead, he led the church on a year-long study of how Jesus interacted with the different kinds of people He met.

That led to a decision to stop funding church-wide outreach initiatives and instead offer “micro-grants” to individual members to do their own thing. They could apply for up to $599—beyond which tax receipts would be required. The only stipulations were “they were not allowed to invite people to church, and they had to demonstrate ongoing relationships,” Will explains. “This was not to be a time-share sales kind of thing, bait and hook.”

The initiative proved effective, with members taking part in around 30 different projects and reporting new relationships with people in the community—some of whom independently came to the church later as a result.

The Bridge’s reorientation also birthed Pastor for a Day, held last May and to be repeated this year, when Sunday morning services are canceled, and members are encouraged to connect with unchurched people they know and invite them into their homes. They canceled services again in September, and took part in service projects at the local police department, library and schools.

“We wanted to do this during ‘church hour’ so people would know we don’t want to just sequester ourselves in a building but be out in the community,” Will says. “I don’t see us ever going back to doing corporate outreaches anymore,” he says of The Bridge’s shift in emphasis. “The people in our church know better who needs Jesus than we do. They know who their neighbors are, who on their street is divorced or going through cancer, and they can reach out and love on them. If we are just randomly targeting mass groups of people, we don’t know who is coming, to have a chance to follow up with them relationally.” 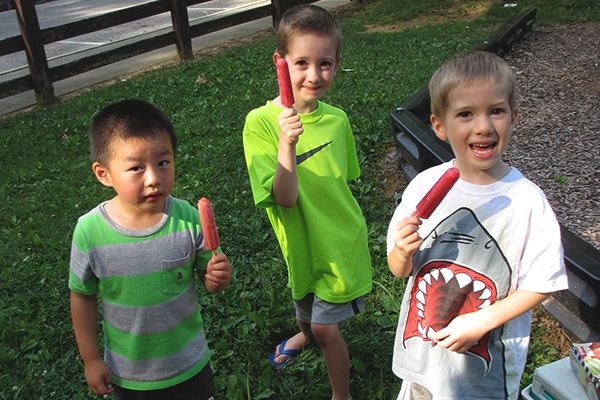 Some of The Bridge’s missional funds have also gone to launching a second missional campus in nearby Salem, Va., and supporting student life programs at LPC–Ignite, with which the church shares a campus. The missional funds “have really helped us facilitate the vision we already had,” says Will of the outreach and church-planting applications. “There is nothing more missional than releasing people to go and be Jesus in their world.”

At New Hope Hilo (Hilo Foursquare Church) in Hilo, Hawaii, a portion of the missional money has been designated to provide scholarships, beginning next fall, for high school and college-age ministry leaders to participate in the Foursquare Emerging Leader Network (ELN).

“It was wonderful,” recalls Lynn Sawyer, executive team pastor for New Hope Hilo’s Lifestage Ministry, for children through young adults. She led the course with New Hope Hilo’s lead pastor, Sheldon Lacsina. The students “got to know these leaders a little better rather than just taking in some video curriculum or something they may have written,” Lynn says. “They actually got to meet the person and interact with them. They laughed and talked together.”

The online connection, which is planned again for the fall program, initiated relationships, which are the heartbeat of all New Hope Hilo’s ministry, she adds. “The missional moneys are a godsend. It has been a blessing to get to continue the vision and direction the Lord has given us. Without that money it would have been a little more difficult for us to fund where we believe the Lord is taking us.”

General Supervisor Tammy Dunahoo applauds the way The Bridge and New Hope Hilo have used their missional money as “excellent representations of exactly what we had hoped for” in returning the funds to encourage the multiplication of disciples, leaders, churches and movements.

“The Bridge is experiencing transformation as they are becoming an outward-focused church living missional lives, which everyone can do every day,” Tammy shares. “New Hope Hilo is modeling what every church can do, whether with one young leader or 100: Begin where you are with who you have, pour your life into them and expose them to other leaders they can learn from, as well.”

Returning church tithes to the local and district fields is one of the movement’s Five Stakes established as part of the Reimagine process restructuring Foursquare for the future. The funds have been released through financial restructuring that has included central office streamlining, selling surplus properties and reinvesting the money, and introducing cost-cutting new technology.

Learn more about the progress made in Foursquare’s Five Stakes Milestones May 2016 update.

The Foursquare Church has three core Missional Objectives to guide our collective missional focus and develop a healthy culture in our churches. These include: (1) leadership development; (2) church and congregation multiplication; and (3) church health and transformation. Learn more about Foursquare’s Missional Objectives.