Steve Thompson has a unique possession that many would dream of: a championship ring as a member of the 1968-1969 New York Jets with Hall of Famer Joe Namath—the only Jets team to ever win a Super Bowl. When Steve’s wearing that ring, it catches plenty of eyes.

“It really does, particularly in New York,” says Steve, 77, who pastored Marysville Foursquare Church in Marysville, Wash., for 24 years, transitioning the church to his son, Aaron Thompson, in 2015. “The ring is big enough and has enough bling on it that if the conversation gets dull, I just scratch my chin with the ring.”

God has used Steve’s unique history and skillset to open rare ministry doors in the marketplace. The 6-foot-5, 250-pound defensive tackle with the Jets might have recently retired from pastoring, but he’s still on mission with a calling—as a missionary to Wall Street.

“I feel like I’m on call with the Lord. God told me: ‘Don’t get too focused on your age. I’m much older than you.’” —Steve Thompson

On call with God

Steve and his wife, Starla, recently took their fourth trip to New York in the past year so they can minister to the influential members of Wall Street.

“I feel like I’m on call with the Lord,” says Steve, whose doctoral studies in transformational leadership helped prepare him for this ministry. So did the mentorship he received through the years from legendary Foursquare leaders, including Ron Mehl, Tom Ferguson (who brought Steve on staff before Steve planted a church) and Roy Hicks Jr. “God told me: ‘Don’t get too focused on your age. I’m much older than you.’”

Having played most of his pro-football career in New York, Steve had made a number of contacts there. His associates included a business partner who also felt called to marketplace ministry. In 2004, they formed a nonprofit called Wall Street Paradigm.

Steve’s call to Wall Street came through a dream that year of a man wearing a three-piece suit. As the man stood at the judgment seat, Jesus asked, “What did you do with the $6.7 billion I gave you to manage?”

After the man protested that he had built his business, Jesus pointed out that He had given the man good parents and opened numerous doors in his life. The man replied, “How come nobody ever told me?”

At that point, the Lord turned and asked, “Steve, will you go to Wall Street and tell them?”

“It’s taken me all these years to get a green light,” says Steve, who later made additional Wall Street contacts through another student at Boston’s Gordon-Conwell Theological Seminary, where Steve was studying for his doctoral degree. “It wasn’t until the fall of 2021 that I had a green light to go. God told me, ‘When you go, you’ll know what to do.’”

Thus far, Steve has participated in prayer groups, house churches and marketplace ministry. He poses three questions to those he meets: (1) Do you know you’re called by God to Wall Street? (2) Do you know the devil hates you working on Wall Street? and (3) Do you know one day you will give an account to God for how you stewarded other people’s resources on Wall Street?

“A lot of people on Wall Street have never been validated in their work,” Steve states. “They don’t understand how to fight spiritual warfare at work, and they don’t know that one day they’ll answer to the Lord about how they handled other people’s money.”

Steve has since folded up the nonprofit, so now he goes to New York as a missionary from Marysville Foursquare Church. Until stepping down at the end of August, he spent five additional years as an assistant pastor overseeing the church’s Senior Fire group.

Steve’s latest mission gives credence to the message he delivered regularly to seniors’ luncheons: We should be the “point of the spear”—the most faith-filled members because we have made the most mistakes and seen the most miracles.

“I’m motivated to do things God has put in my heart,” he told the group. “What is God moving you to do? It may be spending time with your grandchildren, or another person, or in the Word.”

Steve’s son, Aaron, replaced his father as senior pastor of Marysville Foursquare in 2015. Aaron says his father venturing out at age 77 reflects one of the leading lessons his father taught him about pastoring: a willingness to try new things, and to be adventuresome and courageous.

“I watched my dad do a lot of things trying to serve the Lord,” Aaron explains. “That was a core value of my father’s. When I was 16, I took a whole year off from high school to go work in an orphanage in Guatemala.”

Since Steve won’t spend all his time in New York, Aaron looks forward to still seeing his father at services. In addition to praying with people, Steve occasionally speaks or takes the offering.

“It feels great to have him back,” Aaron says. “I think his example to our church today is: You’re not done yet.”

ShareTweetEmail
Ken Walker is a freelance writer and book editor in Huntington, W.Va. 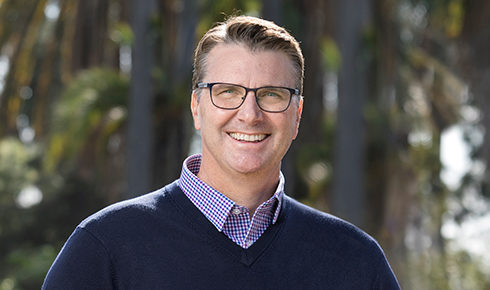